1 I was kind of hoping that when you got to Dec 31 you were going to recurse another level.

2 I thought about it, but sanity prevailed for once!

3 Also seems I have a few typos to fix in the morning.  Problem with these posts is they turn into a sea of red squiggles with all the brand/model names and technical terms.

4 December 9 link was broken for me.

I found the coverage of the imaginary retrocomputing project interesting.  I'm just starting to have the background to follow what was going on.

I'm still not sure when I started following AI this year.  Looks like early December, or before.  Which is a little surprising, given that this was still during a period when I very much did not have a lot of spoons to spare.


Disclaimer: For answers to questions such as these...  We dunno.

1 Towa's laugh in that roller coaster vid is... wonderful.

2 Apple's bug is my feature! I've been meaning to wipe-and-reinstall my old 12-inch MacBook on Catalina as a sterile travel machine for my next Japan trip (whenever that ends up being...), and now I can do it without manually building an install image.

Disclaimer: Out of frog error.  Redo from start.

2 Also, one day a couple of years ago I was staring at Roman numerals and it occured to me that the glyphs I and X were pretty obviously just tally marks, and that C and M were later additions based on the Latin Cent- and Mil-.  Now, where do V, L, and D come from?  Well, V is literally just half (the upper) of X, L is the lower half of C, and D is the Latin version of the Greek Lambda, which is either the right or left half of M.

3 Delta, not Lambda.  Sheesh.  I must be drinking or drunk or something.

Back On The Chain Gang Edition

And for Wonderduck, here's a subtitled version of the Pekora Minecraft clip from before.  Hope this clears everything up for you, Wonderduck.

1 But yootoob's subtitles actually worked pretty well on the first version!!!
Though, I'll admit, seeing the line "rabbit pants" really cleared up things for me.

2 Roboco still doesn't have any pants.
I first encountered Roboco in this video, and I'll admit to being fascinated by her pants or lack thereof.  I actually spent a couple of hours trying to figure out just exactly how that legwear would work in real life. Once I realized that she's actually an android in canon, it became a lot easier.
Eventually I settled on "bodysuit with the so-called pants attached to that."  Otherwise you're looking at implanting snaps into her pelvis, and that seems like a big deal for a fashion statement.

Disclaimer: Or for that matter of anything else.

1 Picked up the ROG Zephyrus G14 today--the one with the 4900HS, 16GB of RAM, 1TB SSD, and RTX 2060 MaxQ (but also switchable iGPU).  Very nice, mostly.  Trackpad is the best I've ever used, although I haven't used a ton of them.  It's like glass, though.  Maybe it even is, I dunno.  Keyboard's good for a laptop keyboard, except the backlighting sucks.  It's fast.  The fans are definitely audible when gaming but they have an unobtrusive pitch unlike some other devices.

All three of our servers in Dallas disappeared for a while.  There was a network outage somewhere, and I can guess what might have caused it.
First thought was my router had locked up.  Second thought was I'd missed a support ticket, because I know I've paid the bills.

I spend so much time dealing with problems with websites that I reflexively panic when any site exhibits any sort of issue.  YouTube is down?  What could have caused it - is our MongoDB cluster still work...  Oh.  I don't run YouTube.

Probably Not Because of This 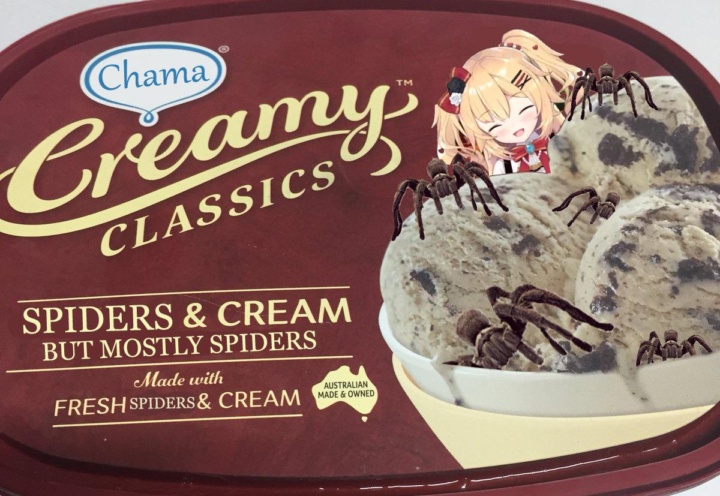 1 Think it was it related to the southeast AT&T disruption caused by the Nashville bombing?

2 Whenever a major network route gets interrupted - or gets fixed - it takes a while for internet traffic to settle down again.  I think that's what happened; they fixed something for a little while I couldn't reach the server.

Pekora promised her fans that she'd come out to her family when she hit a million subscribers - she'd been keeping it secret the entire time that she was a cartoon rabbit.  And she followed through, inviting her mother to join her live on stream, with 130,000 viewers, completely cold.

When her mother used her own trademark peko she died of embarrassment.  Twice.

1 "a Windows hotkey that reduces a window to just the title bar" Wasn't that the old WindowShade extension?  I don't bother any more with minimize and all that: just switch to another virtual desktop.  Except, does Winders offer multiple virtual desktops?  (sorry, I use evilwm, which is full of evil, so I'm not a good source for help, probably)

2 Huh? There's something wrong with crypto right now?
(Trudges off to check coindesk.com/price)
Everything seems mildly ok-ish, it's only up 7% today...

3 That's the problem.  The Slashdot crowd wants to build practical applications that use the blockchain, and for that they need stable prices.

Although Ethereum increased moderately over the year, the price of transactions on the Ethereum blockchain spiked by as much as 60,000%.

4 What are people doing on the Ethereum chain that causes the GAS price to spike 60,000 percent when bitcoin goes up 10%?
(BTW, the first time we discussed this, I went and looked at the data, but since I only pulled down the daily price average of gas I may have been missing all the spikes).

5 I find it slightly humourous that the TomShardware article brings up privacy but never mentions disabling Cortana or "check my spelling as I type".  Also: use google chrome instead of ms edge is risible in the extreme.  Pretty sure these people only use computers the way small children use tamagochis.

6 The thing with Ethereum is you can run code on it, not just send payments.  In theory, anyway; in practice it quickly uses up all the capacity of the blockchain and everything goes to hell.

7 Normal - yeah, I'd certainly trust Google less than Microsoft at this point.  The article at least points out things to be aware of.

9 Now that I've seen the subtitles, I understand the Pekora video rather less than I thought I did.

Though Mom embarrassing Pekora and revealing the origin of her name was priceless.


Disclaimer: Half way there is half more than not any of the way there.


I haven't followed tech news in years, so the retrospective has turned up a few things very relevant to my interests.  BlueMaxima's Flashpoint in particular.  (The developer behind Gemcraft had put up everything except Chasing Shadows up when I checked a few years ago.  So Chasing Shadows available again is new.  IIRC.)

2   I wish I knew where to go to for good tech news, but a lot of the sites that started out as decent tech news sites have gone full left-wing with tech sprinkles over the last ten years.

3 I've had to prune out a few of my sources for that reason - Ars Technica, Axios, and TechDirt are a lost cause - and one other site for heading full tilt in the opposite direction.

There are a number of good YouTubers, but that's a far less time-efficient medium if you just want to keep up with events.


Waiting On The Help Line Edition

May
Disclaimer: Best place for it.  Orbit, I mean.

1 KitGuru link should be this: Asus PN50.

4 Talented young lady.  And Winter 2021 is looking to be the best season of anime in quite a while.

1 Retired several years ago as a COBOL programmer.  I wanted to work a few more years, but got really tired of being treated as an unwanted step-child.   Management kept going from one 'Whizbang New Whatever' to another, and none ever seemed to do the job.  Last I heard, all the COBOL programmers went to greener pastures and management is in a panic because they had no idea how many huge data pulls and reports were from COBOL.