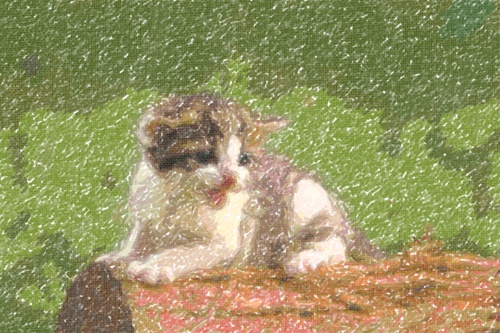 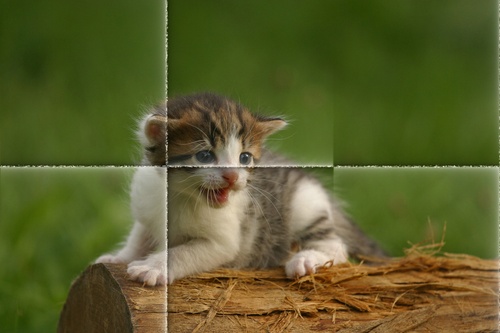 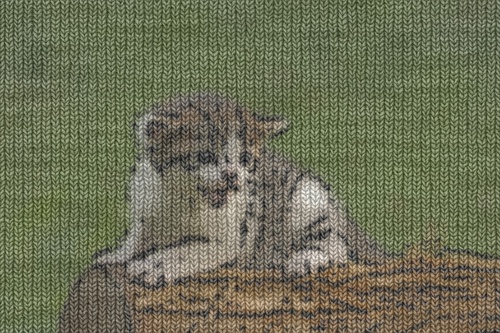 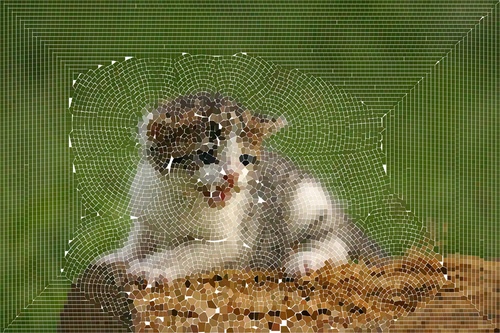 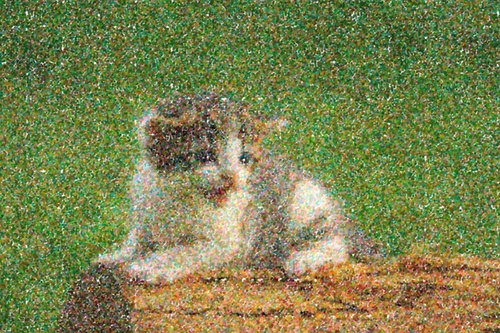 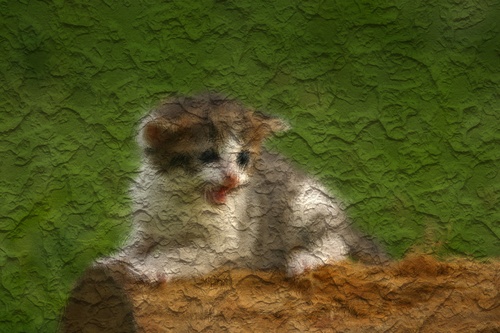 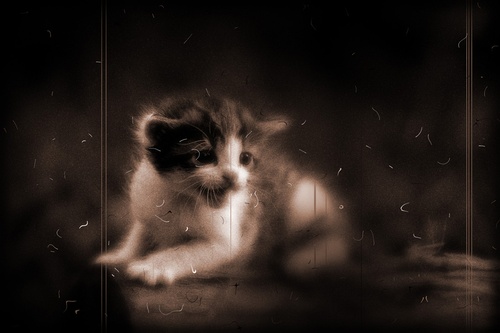 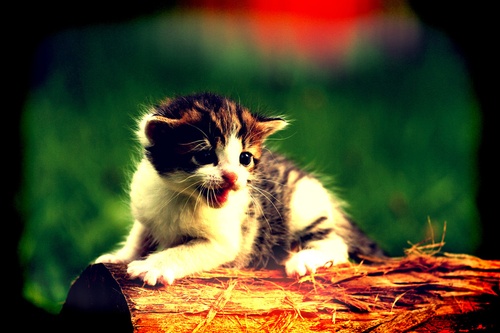 Not all of them are useful, but there's 6702 of them.  If I only find a use for 60 of them for my theme library, that's as many as Photoshop and the Alien Skin library combined.

Update: Playing some more with FilterFrog.  The filters range from humdrum to how did they do that?!  Many of the effects are both striking and attractive.  I'm tempted to upgrade to the Pro version, even though it doesn't really give me any features that I actually need.  (It does allow you to edit the filters and create your own, and work with very high resolutions, but with 6702 existing filters I don't really need the former, and for web work I don't really need the latter.)

Update: The Starter, Basic, and Standard versions support two cores; the Pro version supports as many as you have.  That does make it more tempting, because some of these filters aren't terribly fast.

1 Their comparison page says the Standard edition also has the filter editor.

2 Yep.  I currently only have Basic.  I could upgrade to either Standard or Pro. 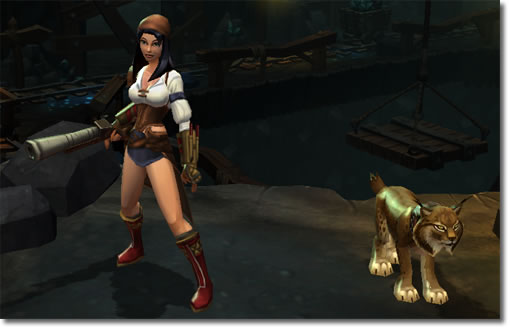 Photoshop's batch processing allows me to apply multiple effects to each image, and save the results of each effect to a different director.  So I can set the whole thing up to run as a single process.

So each time I add new images to the library, I don't have to run 40+ different batch jobs, just the one.  Which is 40+ times less work for me.

Don't know if my CPU is ever going to forgive me, though.

Update: Must remember to include "close image" command at the end...  Otherwise it doesn't.

1 Now all you need is a simple script to automatically apply the PhotoShop automation to any image dropped into a watched directory.

2 Yeah, I haven't worked out how to do that yet, but that would be extremely useful.

Probably easy on a Mac...

3 Huh.  You can embed Photoshop in a Visual Basic app and script it from there.

4 Or you can script it in AppleScript, JavaScript, or VBScript.  I didn't know that.  Neat!

5 With the folder actions built into the system, watch folder functions built into apple script, and automator, it's pretty easy on a Mac. I've used it effectively for catalog production where you tend to get images in batches.

So I was binkling merrily away in Snap Art 2 and found an oil painting effect which I quite liked, and applied it to a sample photo to see the results full scale, and

Okay, it's stopped now.  Sounded like maybe something got stuck in a fan?  Don't know.  I mean, it couldn't have been anything to do with the program, after all, if I undo it and do it ag-

Where's that coming from?  I didn't think I had the case speaker hooked up.  It doesn't seem to be coming from the main speakers.  Let's crank this image up to 4x size and redo the filter, so that I have time to track it down -

It's coming from the motherboard.  Aha!  It's the CPU temperature alarm.  It's the first time I've run heavily multi-threaded floating-point code, and it's been a warm day, so I've probably had the alarm set too low all along and this is just the first time I've tripped it.  I'll just reboot, bump up the temperature alarm in BIOS to whatever the next higher setting is, and all should be well.

So open Photoshop, open the image, run the filter ag-

Well, let's find a program that will tell me what the CPU temperature is so I can see what the alarm should be set to.

43Â°C for a couple of seconds when I run the filter.  In other words, the temperature alarm is worse than useless.

So I'm going to shoot it.

Update: Yup, that did the trick.  Bumped the image up to 5x size (so 25x the number of pixels) and re-ran the filter, which took a while.  Temperature climbed to 53Â°C, which tells me not to run heavy multi-threaded floating-point apps when the ambient temperature is over 33Â°C.  (If it's linear that way, which it almost certainly isn't.)  But if room temperature is comfortable for me, it's comfortable for my CPU, no matter what I do to it.

Also of interest is that my CPU is spending most of its time running at half speed.  The little temperature monitoring app I downloaded shows me the clock speed of each core.  I thought it had it wrong, because it showed them at 1.2GHz.  But when Photoshop gets busy, they go up to 2.4GHz, and then drop back down again afterwards.  And single-threaded apps push just one of the cores up to full speed.  So AMD Cool&Quietâ„¢ really is good for something other than messing up the clock in VMWare.

So, I have a library of images to process through a library of filters in a range of different sizes (for the Minx 1.2 theme gallery).

Photoshop has a batch mode that's a little awkward but not too painful.  But the actual processing of 2500 images at a time is not quick.

Then I upgraded my copy of Snap Art to the new version, which supports multiple cores.

On my quad-core CPU it runs about four times as fast.  Fancy that.

I'm still trying to reproduce the "Colourful Abstract Pencil Sketch" preset in the new version (all the presets are different).  But since the new version doesn't overwrite the old, I can just run that one the old way.

My KVM works perfectly.  The problem was that (a) I had Nagi connected on port 3 rather than port 1, and (b) the USB connection to Nagi was loose so it wasn't registering.

Since I only had Nagi switched on when I first tested it, all I got was a blank screen - the KVM doesn't pass through the video if there's no USB connection.

Now I just need to swap around the cables to the intended order (from Haruhi-Yurie-Nagi-Tanarotte to Nagi-Haruhi-Yurie-Tanarotte, ick) and all will be well.

But first I have a report to write for work, and then some spammers to kill.

Update: And when I say it works perfectly, I mean if you don't mind having your monitor randomly blank out or change resolutions.  Bleh.

I Think That Cool Change Has Arrived

He said as his roof blew off...

Well not quite.  But 42Â° ten hours ago, and 21Â° now.  You don't get that much of a shift without a certain amount of atmospheric disturbance.

With any luck, my neighbour's blasted windchime will blow away too.

Well, it's a whole lot cleaner under there, and somewhat better organised.  But the KVM switch seems disinclined to, well, switch, or indeed to K or V or M, which kind of defeats the exercise.

I do have considerably more legroom now.  And I swapped my keyboard for a new one while I was at it, so it's no longer an all-you-can-eat buffet for ants.

Oh well.  I could always read the manual, I guess.

If it's 42Â° in November, you could equally be in Sydney or Minneapolis.*

If during such weather conditions you find a venomous spider** while cleaning under your desk, probabilities favour the former.

* As I write this, that is indeed the temperature in those two metropoli.

** Only a redback; in other words, deadly but not dangerous.  I promptly reduced it to a brown smear.  A funnelweb would have seen me vacating the vicinity with extreme precipitousness.

1 I lost a white-tailed spider under my desk last night. It was just a baby but it will grow. :-(

2 Have you tried banging on a tin of spider food with a spoon?

There are a lot of things I like about the Willamette Valley. One of them is that there are no venomous critters here. (There are rattlesnakes in Eastern Oregon, but that's a hundred miles away, on the other side of a major mountain range.)