Oh No It's Real Picture of the Day 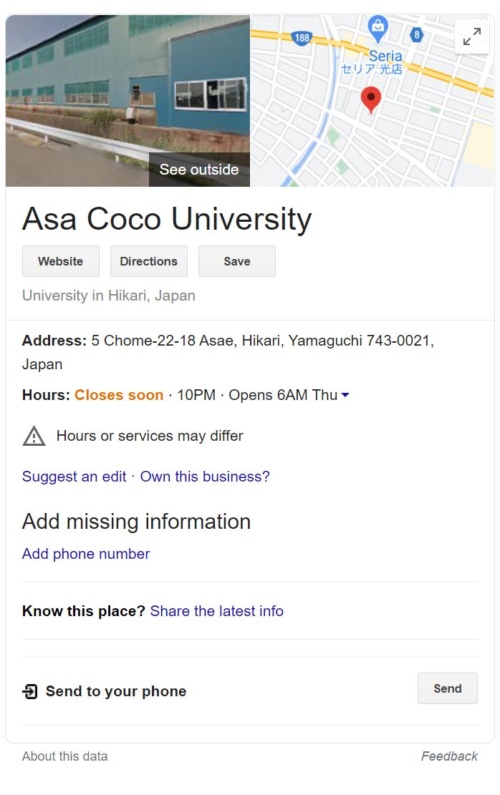 Memetic Background Video of the Day

Disclaimer: Come to think of it, I don't remember the winged monkeys from The Wizard of Oz, despite have watched it three or four times as a child.  Was that entire scene cut from the TV broadcast?  Or has it just been a really long time?

1 I want to see those "STEM parity" people answer the question "is gender parity in fields like teaching and nursing equally important?"

3 So I've been putting it off due to laziness the last few days but my replacement ARM MCUs came in--I bought 4 TQFP and 2 QFN, just for the heck of it, and 6 new breakout boards to go with them.
One thing I thought about after frying my first three was that I had picked a model with less flash & ram than the ones Adafruit uses, so I made sure to get my replacements with their model.  (In the bootloader source you can theoretically adjust for that but I haven't learned how to yet.)

Anyway I soldered up one of the QFNs last night & put the bootloader on it.  This morning I wired it back up into my breadboard, plugged it in--and got a "new USB device" ding!  I hooked up a little display, fired up the Arduino IDE and opened a sample sketch, and it worked.  So that was really cool, and now I need to look into modifying the bootloader, but I essentially have an Adafruit Trinket M0 with about 20 more I/O pins than the real Trinket has, only without the RGB LED.

4 I guess the thing I like best about the Digital Milennium Copyright Act, is that it was passed (as a sop to the RIAA/MPAA and associated clown acts, who donate quite literally hundreds of millions to our lovely congresscritters (and whose lawyers also wrote the bill, and then passed it on to said well-paid critters to vote into law)) to deal with the "problem" of the internet, and it's still being used to deal with the "problem" that the internet still is.  I wouldn't want to say it's wrongheaded and stupid, but it is without a doubt wrongheaded and stupid.  But also: it's the law, so here we are!
(Offshore everything out of the reach of the DMCA, seriously.  I hate the PLA/PRC, but store the stuff in China ffs, because as far as that kind of stuff goes, they're way less stupid about it)