Everyone Else Has A Better PC Than Me Edition 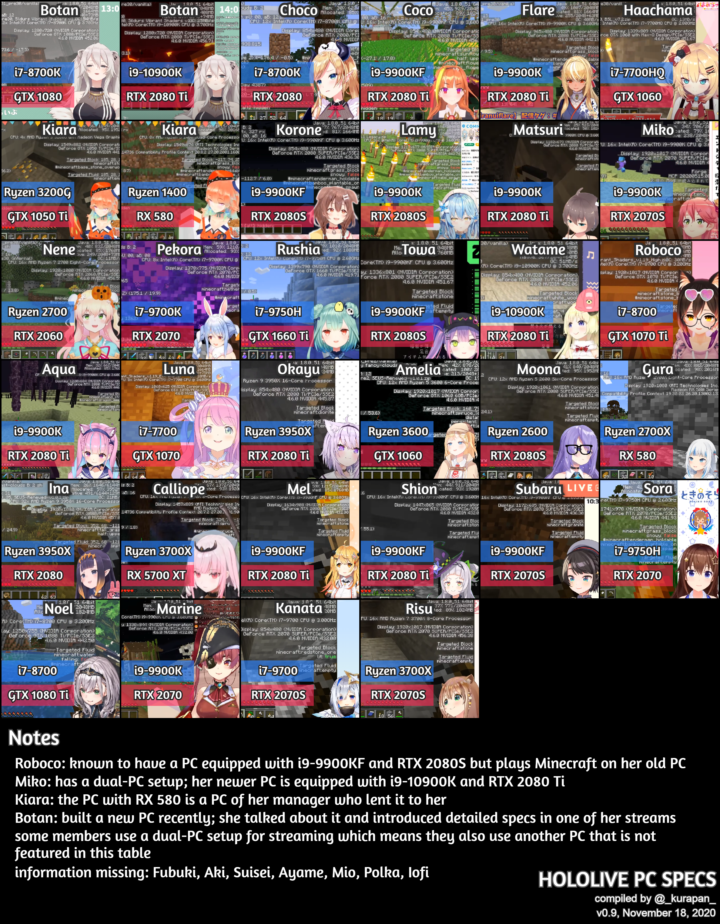 
Disclaimer: Doesn't matter if you're a global idol with a million YouTube subscribers, you're still not getting an RTX 3080.  And the supply situation isn't looking great for AMD's RX 6000 range, which launches in about five hours.

1 IF you can talk about it, I was wondering what you were using to replace ethereum in your day job.
(If I hadn't deleted my twitter account I guess I could go back and look up my old "it's a desert topping and a floor wax" tweet on the subject).
Part of the problem is that ethereum has no fixed value. It's presented as being backed up by the availability of "gas" but it's not actually coupled to the price of gas, it's just the unit that gas prices are expressed in.
In the real world, it's like saying dollars are backed up by gasoline prices because the local gas station has its prices in dollars.

2 We're looking at Matic.  It's Ethereum compatible and should be much faster and cheaper.  We use Ethereum for distributing digital tokens, not for finance, so we don't care about the value of ETH, we just want something that works.

3 "The CPU beats Intel on single-threaded tasks and competes well with AMD"
I'm not paying close attention but I keep seeing Apple shills point to tests that aren't really fair Apples-to-apples test.  "The new Mac can transcode streams superfast[1] compared to CPU transcoding on Intel.  [1] (in tiny print) with our custom ASIC."

I asked someone several times where are the "how fast can it compile Chrome" tests, and, wouldn't you know it, crickets.
I suspect these things will be plenty fast for many things, including basic home web browsing and email, and that's fine--too bad they're linked to such an annoying OS, though, but I want to know how they'll compete in other areas, as well.  I'm not going to buy one of the current new devices, because they're all iGPU only, even if that iGPU is pretty fast.

4 I managed to guess what SerDes was but it would be nice if "tech" sites would stop using terms without defining them, a thing that seems to be a relatively recent trend.

5 I really should have explained SerDes myself.  Basically this will allow the development of PCIe 7.0, when 4.0 is still rolling out.  One lane of this is equal to a PCIe 3.0 x16 slot.

6 The point of jargon is to create an exclusive group.  Tech journalists (by and large (some definitely fatter than others)) don't know anything about technology, but it makes them feel like "better-than-yous" to shift the language and show off that they're in the kool kidz kollij.  The other obnoxious term I've been quitely raging about lately is "uplift".

7 Oh, I HATE "uplift".  As far as trying to make exclusivity, Anandtech's got, as far as I know, all the same people, and they didn't used to suffer from this kind of laziness, so I don't know what the explanation is.
Uplift, at least, is obvious what it means, while still being a stupid term.  But the entire industry started using it more or less overnight, which certainly shows some kind of slavish devotion to fashion or something.

8 I always like it when they say "dropped" to mean "started shipping", and then a few articles down someone else uses it to mean "stopped  supporting".

9 As far as I'm aware the newer usage for dropped is from the negro music, where they would say "drop the beat' to mean "start making noise" instead of the older meaning of "the drummer just fucked up again".