Eight years ago I signed up with iiNet for ADSL on their top-tier business plan, which gave me 1.5 mbits down, 256 kbits up, and 60GB of monthly downloads.
I'm still on the same plan, and paying the same amount each month.  Only now I get 14 mbits down, 2 mbits up, and 1200GB of downloads.
I wish more things worked like that.

1 Every so often I'll log into my Linode manager (I don't need to except once in a blue moon anyway) and find that, hey, they've upped my memory/CPU/storage allocation just because.

I love those guys, especially now that the Fremont CA site isn't going up and down like a yo-yo anymore...

2 That's pretty nice, GreyDuck--it's been my experience that they don't bother changing your plan for you if the new one's better and cheaper, they just keep charging you for your now-obsolete plan--the way I found out about this was looking at my hosting site and discovering that I'd been paying a plan for about two years after it was replaced with one much better.  That has happened to me personally once, the place I currently work once, both with web hosting, and Verizon did it to me with Fios once (when I called about cancelling they pointed out that the plan I was on wasn't even offered any more and bumped me from 5MBps to 25.)

3 Pixy?  I need your help... there are still two rogue comments in my "CONTENT > Comments > edit" screen that are so long that they've pushed all the editing boxes off the edge of my screen.

I can't seem to find where to adjust the Editing screen to widen it, if that's even possible.  Could you please work your magic on this matter, like you've done before?

4 'Duck, if you're using a modern browser and know a little HTML/CSS, hit F12 to bring up the developer tools.  You can use those to do something clever like resize the element that's too big.

7 Sorry about that Wonderduck.  I'll take a look now.

If you let me know the spammers' names or URLs I can run an automated search-and-destroy script on them.

8 Okay, you should be good now.

11 Okay, comments thingy shouldn't do that no more.  (Works in Chrome, anyway.)

I'm going to replace it with a Datatables widget at some point soon.  That will handle all the ick formatty stuff for me.

12 Pixy, thank you!  While I don't use Chrome regularly, I'll keep it installed just in case this happens again.

That happens occasionally. Maybe once a year, one of them spams me. (My blog requires a login to comment.)

Didn't happen today, at least not yet.

2 I've been looking at this post for a week now and I still don't understand what it's a reference to. Care to help me out?

4 That was excessively weird.

8 That is certainly a word you could use. 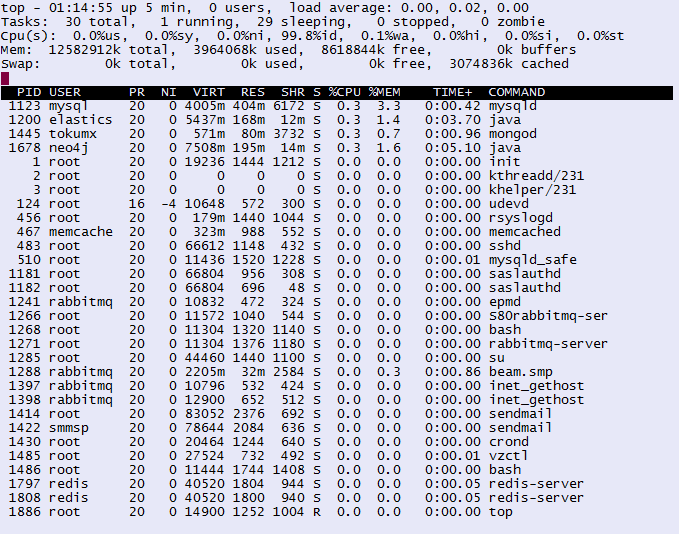 Everything is set up with init scripts and chkconfig so that it cleanly and automatically starts up and shuts down.  This was a little fiddly with Redis, which runs multiple independent services, but I hacked something together to look after that.

So, Maybe We Can Have Nice Things?

They weren't storing passwords in plaintext, or using a reversible cypher.
They weren't storing credit card details.
They were using either multiple rounds of salted SHA-1 or bcrypt for passwords, depending on the age of the account.  Both are good options.
So yes, they got hacked, but it's not a clusterfuck like Adobe or Sony, and there's no reason not to keep using the service.  Just change your password first.

I Can't Math, I Have The Dumb

Sooo....  That Wakfu thingy.  Quite a bargain at CAD $40 for 52 episodes  plus various specials dubbed and subbed on Blu-Ray, plus a t-shirt, plus PDF artbooks, plus free worldwide shipping.
I've been hoping they'd give an add-on for extra copies of just the disks, because I'd like to give a couple of copies as gifts.  I think my nephews would love Wakfu, but they wouldn't sit still for it subtitled.
And now they have the add-on: You can one extra set of disks with your order - for an extra $60.
In absolute terms this is still a damn good deal.  I've paid that much (and more) to import individual anime DVDs.  But since I already have a second Kickstarter account* and (assuming I can remember the login details) I can just pledge for another $40 goodie bag, it seems like someone's miscalculated somewhere.
* Everyone needs two Ouyas.

1 Right away I am going away to do my breakfast, when having my breakfast coming again to read other news.

2 Pixy?  I'm still having to do the login thingy all over the Mee/Mu.nu-niverse. Just thought you'd might like to know.

3 Yes, I've seen it a couple of times too.  As soon as we're on the new server I'll be able to switch things back to the way they used to be.  The new server has 4x the SSD, and we're using a new version of MySQL with data compression so that the database is 1/3 the size, so we effectively have 12x as much space as before.

4 Some of those things were words.

5 Just had to log in again myself, so it's definitely not working as it should.  Let me take a quick peek under the hood...

6 (the first reply in this thread, from Mr. In Wisconsin, is week-old spam.  I think the spam-eater took a break during all the server migration.)

7 The first reply in this thread, from Mr. In Wisconsin, is week-old spam...

Are you sure?  It reads very much like the conversational level of most Wisconsinites...

8 As if I didn't bug you enough, Pixy... I have a couple of very long spam comments that are SO long they push the editor buttons off the side of the edit screen.  Can you help?

Oh, and it looks like the login thing is resolved: THANK YOU!!!

9 Are you sure? It reads very much like the conversational level of most Wisconsinites...


Zing!  (As a Minnesotan, I appreciate the humor.)

10 Repeating request: I have a couple of very long spam comments that are SO long they push the editor buttons off the side of the edit screen.  Can you help?

I'm planning to move mee.nu across to a new server next weekend.  I'll post details in the next couple of days, but be prepared for some site wonkiness in the small hours of Sunday morning.  (Which is Sunday afternoon for me in Australia, so it works well for most of us.)

New server is cheaper and faster (for most things), has more memory, and a lot more SSD.  Only has software RAID, but it's RAID-1, which is pretty reliable, and with the new config we have a separate dedicated backup server.

2 Not yet, had to reschedule for tomorrow.

3 I noticed we were offline for about half an hour this morning, so I assume it happened? How's the new server doing?

4 Sorry, that must have been a glitch.  Still not meegrated.

Ankama, the people behind Wakfu, are running a Kickstarter to dub the show into English and release it on Blu-ray.  Naturally, they reached their goal in the first day and are fast approaching their third stretch goal ($200k), which will be a dubbed Blu-ray of season 2 and a release of the quote-manga-unquote on Comixology.
CAD $40 gets you the Blu-ray, a Wakstarter t-shirt, and two PDF artbooks on the making of the first season.  Including shipping anywhere in the world, so that's a really good deal if you live in Australia.
The Blu-ray(s) will be region-free, and will also have the original French language track and subtitles in English, French, and Spanish.  So even if the dub turns out to be like most dubs, you'll still have a legit hi-res copy of Wakfu to watch.
Also, it seems that when they hit the next stretch goal - about three more days at the current rate - the extra Blu-ray for season 2 will be included for no extra cost.
Update: Bumped, because now you get both seasons on two Blu-Rays for the same price (CAD $40 including worldwide shipping).  The next stretch goal is for the dubbing of their mini-Wakfu episodes; the Kickstarter should reach that within a week.

1 This is all rather surreal because the animation was an extended teaser for an MMORPG, wasn't it?

2 Basically, yes.  But although the MMORPG roots show clearly in the story, it's a lot of fun in its own right; I consider it one of the best western cartoons in the last ten years.

3 I tried to watch teh video and I got audio but no picture.  Weird.