Three product launches, a conference (we have our own conference now), and a huge server migration meant that for the past two months I've been chasing fixed deadlines with rapidly varying requirements.
I have emerged.  Not necessarily emerged entirely victorious, but certainly emerged.

Can't Give It Away Edition

Disclaimer: Disclaimers are limited to one pack per customer, per visit, per day, until further notice.

1 An SD card with a huge amount of write capacity is useful for hobbyists who want to do long-running projects with Raspberry Pis, provided the Pi+SD card combo isn't spendier than a Pi-alike like the Asus Tinker Board (which means less than $50 or so for 16gb).

We deployed a few RPis as prototypes for a things-tracking system at work, and even with reasonably high-quality SD cards, they didn't last very long.

A Tiger In Africa Edition

Disclaimer: I love deadlines.  I like the whooshing sound they make as they fly by.

1 I've never understood the concept of a "book trailer". The few times I've attempted to watch one, it made me want to avoid the book.

2 It's a little odd, and it's a shame they couldn't get Paul Blackthorne back, but I thought this was tolerably well done.

Disclaimer: Which is rather a lot, honestly.

2 I wonder if you'll see $1 per gallon again in the US.  In places that don't have insane taxes, anyway.

This Is Not The Fascism I Requested Edition

1 "That's impressive performance from the low-power part. Time for a 16 core 30W laptop CPU maybe?"
Race to sleep is great for bursty workloads, not so much for sustained ones.  I wanna see a laptop built like a gaming laptop, with a beefy cooling system and a great APU, but without a gaming GPU.

2 " Gateway won't orbit the Earth, but the Moon."
We will politely ignore the fact that Gateway is not likely to ever orbit anything.

3 With 5nm and DDR5 coming next year, AMD could build an APU with double everything on the 4800U (CPU, graphics, cache, memory bandwidth) and a TDP under 25W.

4 For what I do, 8 cores is plenty.  I want a higher base speed, and it seems like ultimately heat is the limiting factor (with total mAh available of course visible).  I like my Acer Spin 5, but the sustained speed is about 1.8GHz, and that's pretty slow when you're compiling a big project in Eclipse and my 3600X is more than twice as fast.

5 Yeah, the problem is that it's a lot easier to double the core count than it is to double the clocks speed.  That works great for the GPU but has limited benefit on the CPU side.

6 Reports are that the Ryzen 4800/4900H/HS/whatever have base clocks over 3GHz.  Some people are saying that's because AMD skipped the chiplet approach and made the APUs monolithic.  I have no idea if that's true but that's what I'm talking about.  Of course, laptops with those processors are gonna be really expensive, probably, but at least it's an option.  T&L is fine, as I said, for bursty stuff, but I guess there's a reason gaming laptops are mostly still pretty beefy.

7 Looks like it delivers everything you could ask for - worst case within 2% of an overclocked 9980HK pulling 90W.

Disclaimer: Well, something is certainly go.

1 "Prices from€799 to€1399, no Google services, and you probably can't buy one anyway."
You aren't going to want those in the US anyway--they don't have most of the US bands.  Maybe the global version will if/when they release one.

2 "The new hotness that silently sends user data off to Facebook. Even if you don't have a Facebook account."
Which means that their app uses a Facebook analytics library, probably.  Lots and lots of apps do this, unfortunately.  There was a news story a few months ago.  By default the library slurps a bunch of info but that can be turned off.  Apparently a lot of app developers didn't know that.

Really, That Was The Plan Edition

Disclaimer: Alright, we've got exactly eight hours and fifty-seven minutes to get to Rome, break into the Vatican, get down to St Peter's tomb, and find the elevator.

1 "This one is PCIe 3.0 only"
Intel shills assure me that's not a problem because even the fastest video card can barely saturate a 3.0 x16 link.
It doesn't seem to occur to them that using a 4.0 x8 link instead means you have 8 more lanes.

2 Full cloud:  I wonder if that's in any way related to the story not too long ago about the way Azure counts memory leading it to say you can't have any more even though there's lots more.

3 On PCIe - yep.  It means AMD now has 48 lanes worth of bandwidth on their standard desktop chips, like Intel's workstation parts.  But Epyc has so much bandwidth anyway that it doesn't matter as much.

Disclaimer: Even if you like pumpkin, it has no place in your server room.

1 First world problems:  I've been using a Corsair Scimitar mouse, the one with the little keypad on the side, for years.  Last week I got a new mouse for my other computer, a PC Glorious Gaming Race Model O, and stuck it on my main computer for a few days to try it out.  It's significantly narrower than my Scimitar and now the latter is uncomfortable to use.

2 Meanwhile, Techdirt are still raging leftist progressives with a rare, occasional, lucidity - which quickly fades from the article the deeper you go into it.

3 TechDirt are left-libertarian, which means they live in a state of perpetual befuddlement.  When the libertarian part comes to the fore they can be worthwhile.

Oh, So That's What They've Done

The reason for this is that it's missing two chips.

So instead they have a 10GB bank with five 64-bit wide chips, and a 6GB bank with three more.  They share the same bus so the bandwidth is not cumulative.

The 10GB is for graphics and the 6GB is for game code and OS. 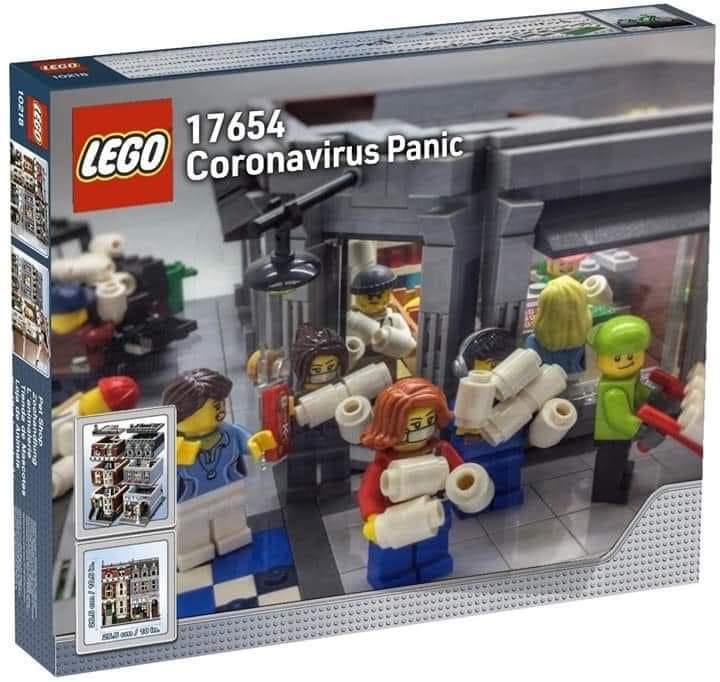 2 Supposedly, the dosage in the prescription drug with hydroxychloroquine is 200mg/tablet and a dangerous or lethal dose (I'm not sure which) is 2g or 2000mg.

1/8 tsp--a small amount--would be 400mg if "10g" means "ten gallons" and I did my math right.  It's probably not unreasonable to think the guy who died might've had as much as a teaspoon or more (3200mg per teaspoon undiluted if, again, I did my math right), and I haven't heard any discussion of what else might have been in that tank cleaner.  It sure sounds like the guy may have ODed.
I guess the moral is, the media shouldn't say stuff like "the medicine, similar to an additive in fish tank cleaner", and people should be calling their doctors[1], not grabbing stuff from the cleaning supply cabinet.
[1] and it appears this stuff isn't something you take to prevent the disease, but to make it go away faster once you've got it.

3 Yes, it sounds like they would have ingested 3000 to 4000mg, which is up to 10x the normal dose and enough to cause serious problems.  Even if it had no other harmful ingredients, which it probably didn't since fish die very easily.