I sank over a hundred hours into Terraria back when it was fairly new, before it died its untimely death and then undied again.
Now that Starbound is out (and honestly kind of meh) I was curious as to what was up with Terraria these days.  Here's part of the changelog for the recent release of version 1.3.1:
Might need to fire it up again...
Update: Starbound gets better.  In Terraria, you spend most of your time on a single world, defending it from various menaces.  In Starbound, things don't really get into gear until you get off your starting planet.  Unlike Terraria, where you have to build (or rebuild) everything yourself, there's a functioning civilisation in Starbound.  You just need to find it.

1 Sadly, Terraria got rid of infinite houses in 1.3, which I'd never heard of before today while I was looking something else up.

2 I hadn't heard of that one before either.  But it's a pretty blatant bug, and might have had other side effects, so I'm not surprised they patched it.

3 I gather--if the forum posts I read were correct--that it, along with the "NPCs can now defend themselves" created situations where you could turn goblin invasions into AFK meat grinders.

I want to shut my blog down and have it wiped. Could you send me an e-mail about this?  Thanks.

It takes forever to get from Sydney to Tashkent, and the in-flight wifi is rubbish.

It probably involves setting up a secure server farm in an old abandoned Soviet bunker...and the terrifying discovery, upon descending into the dark catacombs, of WHY it was abandoned...and sealed...with those peculiar stick-like runes etched into the metal plates welded over the entrance.

4 We have not, repeat, not, uncovered the final abode of the Eater of Souls on the high plateaus of the Takla Makan desert.

5 Not to be the mundane one of the group, but are you in fact in Tashkent, Pixy?

6 Not at this moment in time.

7 The other side of the gateway doesn't legally qualify as "Tashkent".

One of the most striking things about new Doctor Who is how often the companions die.  In the old series, the only long-standing companion to die was Adric, though the First Doctor story The Daleks' Master Plan killed off short-timers Katarina and Sara Kingdom.

But they only died once each.

Amy Pond died in The Pandorica Opens; young Amelia died in The Big Bang; fake Amy was disintegrated in The Almost People; older Amy died and had her timeline erased in The Girl Who Waited, and finally, real Amy died not once but twice in The Angels Take Manhattan.

River Song died in Forest of the Dead, as a child in Day of the Moon, and as Melody in Let's Kill Hitler.

Rory died in Amy's Choice, died again and was erased from existence in Cold Blood, drowned in The Curse of the Black Spot, and died no less than three times in The Angels Take Manhattan.

And Clara died in Asylum of the Daleks, again in The Snowmen, again in Journey to the Center of the TARDIS, again in Last Christmas, again in Face the Raven, and from the glimpses we were given, at least sixteen other times in TV-series canon alone, before eventually swanning off with Ashildr, who is also dead.

Of course, this is because where the original series used time travel mostly as a plot hook upon which to hang the story of the week, New Who often involves time travel as a plot device, with every kind of time loop, divergent timeline, parallel universe, and temporal paradox cropping up at some point.
But maybe the next companion could just, you know, leave?

1 So since normally we each only get one death, I presume that every time one of those people died, the Doctor used time travel to prevent the death?

2 Fake River was also disintegrated as an infant, Jack died twice for real, and of course Donna was effectively killed when her mind was wiped. Martha and Mickey were pretty much the only modern companions who got to just walk away, unless you count Wilfred.

Steven, it's more complicated than that; not all of the paradoxes and undos are by the Doctor's direct action, and there's regeneration involved. As for Clara, well, there were a lot of her.

3 Though the only reason Mickey didn't die at least once is that his parallel universe duplicate had a different name.

But it's mostly not the Doctor directly returning his companions to life; his track record on that is pretty bad.

To take it in order of how they were saved:

Journey to the Center of the TARDIS: The Doctor used a reset switch sent back by his future self so that the events of the episode never happened.
Last Christmas: The Doctor realised they were still not back to reality and broke out one more level.
Face the Raven: The Doctor attempted to save her by extracting her from time at the moment of death and taking her to the end of the Universe where the force that killed her would no longer be in operation.  This didn't work, leaving her as a zombie.  Which she doesn't seem to mind.

4 Jack
The Parting of the Ways:Restored to life by Rose using the power of the Time Vortex. But Rose overdid it, just a little, leaving him serially immortal. (That is, he can die, and does, quite frequently, but it doesn't stick.)
Gridlock

ies, though at this point he may be billions of years old. And might be someone else.
Ashildr
The Girl Who Died:Restored using the medikit from a Mire battlesuit. This is designed to keep Mire soldiers going when bits of them get blown off; on a human it keeps the subject alive more-or-less indefinitely. We later meet Ashildr at the end of the Universe, having apparently lived through it. 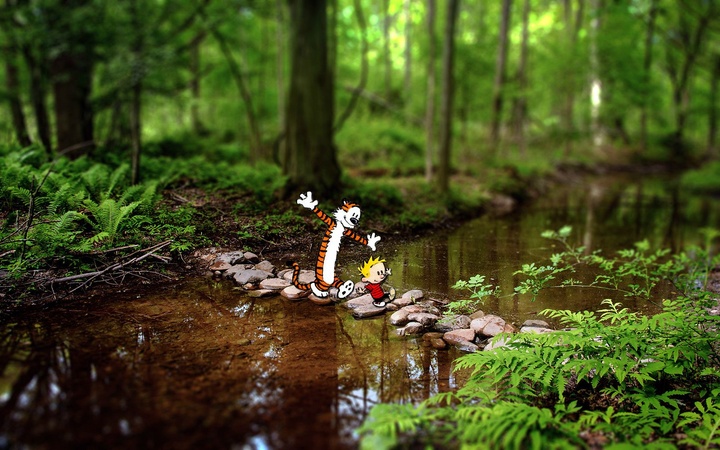 1 I love this picture, but if the scale of the plants (especially the ferns) is right, that brook is only about 4 feet across and Calvin is about 6 inches tall.

That's the full game, with all DLC and expansions, completely DRM-free, for just a few dollars.  Highly recommended if you like fantasy role-playing games even a little.

* The one that doesn't suck.

1 I really enjoyed reading this article/blog. It seems very nice to see that you gather the data and share it on a public platform so people can benefit from it.  https://fourpawspetmeds.com/product/alphatrak-2-blood-glucose-test-strips-150-count/ 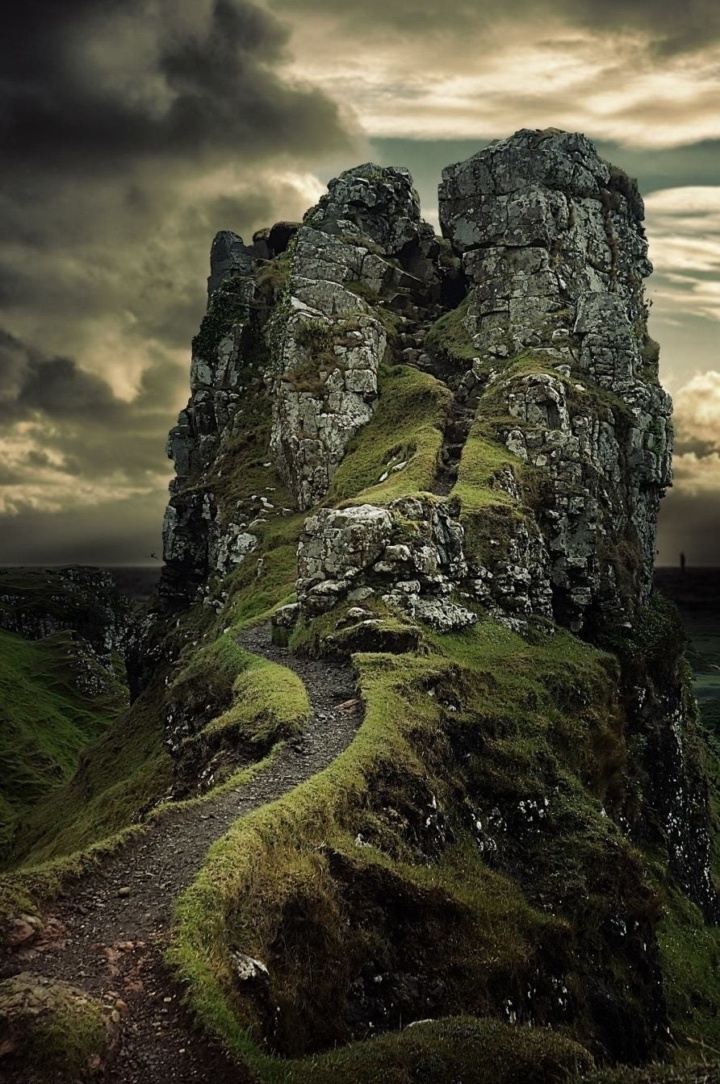 1 I have to admit that I really like that picture.

2 But it's STILL hard to pick the exact color you want.

3 I have to say that I have "saved as". I love the photo,thank you!

Is actually really good.  It's pure Shounen Jump fare, but it's up there with the best of that genre.

Rather than reading through a lengthy review, watch the opening credits.  It's truth in advertising, what you see here is exactly what you get. 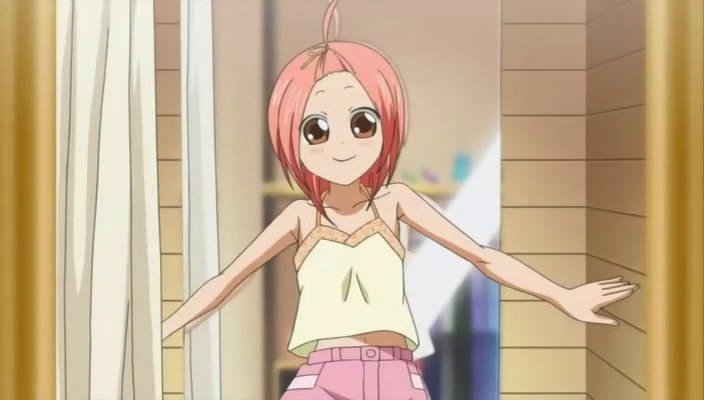 Australia is not generally a cost-effective location for server hosting, but thanks to the nice people at Exigent I was able to get a very good price on an older model Dell updated with new SSDs.

But best of all, it's only 15ms from home (and about 3ms from the office).  That makes an enormous difference; my usual ping times to the mu.nu servers are in the range of 170-200ms.

And I installed OpenVZ on it without breaking anything.  So as far as that goes I'm having a good day.

1 What show is Momoko from?  Her irises are disturbingly large, even by anime standards, and someone should really give her a sandwich, but despite all that she looks cute/interesting--something of a genki-girl/tomboy hybrid.

Does Australia Have A Government Yet, Again

Currently the major parties are split 68/67, with 10 seats still undecided, and needing 76 to form a government.  There are also 5 independents who will obviously be getting sweet-talked to death right now.

Sadly, the site from 2010 now seems to belong to a Chinese bus company.
Update: Official but not final results have the Liberal (i.e. conservative) Party returned with a much reduced majority, down from 90:55 to 76:69.  One seat has not yet been declared, but that can't affect the overall outcome.

1 Every political system has problems, and this is one of the problems with the Parliamentary system...

3 Tim Blair says that there's one confirmed member of the House of Representatives, so far.

4 Labour leader Bill Shorten conceded, so it appears you get a slightly narcissistic and far less rich version of Donald Trump as Prime Minister.  Which is better than having to deal with President Hillary for four years.