Who's That Knocking At My Door?

At 9AM on December 29?  Probably Jehovah's Witnesses.  Roll over and go back to sleep.

Except, as I discovered later, Jehovah's Witnesses don't slip notes under your door saying that they tried to deliver a package from Singapore.*

Update: Just arrived.  In fact, they sent me both the Windows and Mac versions, which would be great if (a) I had a G5 or Intel Mac (I have four Macs stashed away in various closets, but none of them are exactly recent), and (b) I had the Mac-version CS3 install disks from which to upgrade.  Why they insist on sending out upgrade-only disks for a subscription-only product requiring online activation will forever remain a mystery.

Update: It comes on four DVDs.
* Singapore?  Took me a minute to work that out too.  It will be my update to Adobe Design Premium CS4, which I've been waiting on for weeks.  Perfect timing too, now that I have my new PC all set up and running happily.

They Made A What Out Of What?!

Disney has made a TV series out of Terry Goodkind's Wizard's First Rule, without question the worst book I have ever read.

They* canceled Journeyman.  They canceled The Dresden Files.  And in their place, we get...  This?

Which reminds me - were there any good new shows in 2008?  I was dead and would have missed them.
* I know it's not the same they.  Journeyman was Fox; The Dresden Files was Sci Fi Channel.  Shut up.  I'm ranting here.

1 We were bored, and the pilot for this turkey was on, so we tried to sit through it. Five minutes after it was over, all I could remember was that the girl was hot, and they didn't spend nearly enough time demonstrating this to the viewers.

Reading the wikipedia entry for the book taught me two things: I didn't forget anything of consequence, and Goodkind not only lacks any trace of The Gift of Naming, he possesses in full measure The Gift of Idiotic Plotting.

Dresden was a show that worked. They hacked up the first novel when they made the decision to convert it from a movie to a series pilot, but after that, they built a very nice alternate universe that kept the core ideas intact without slavishly adapting the books. Also, hot women.

2 Not this years I think.

But seek out the Middleman. Totally fun series based on a comic book that slipped under my radar.

3 Huh.  I saw that on a list of new shows, but the title was so bland I ignored it.  I'll have to download an episode or two and try it out.  Thanks!

Meanwhile I have the Doctor Who Christmas special to watch.

4 The Xmas special is great.

Makes me anxious to see the new series.

5 The Christmas special is indeed great.

However, there is no new series.

6 I'll second Andrew's praise for The Middleman.  I just started watching it, and it's great!

I Know I Said I Don't Have Comfort Shows

Screw it.  If I ever get this server working again, I'm going back to bed and watching the whole of Popotan in one sitting.

2 I've been sitting here putting a broken database server back together for the past 13 hours.  My brain may be addled.

But while doing that, I happened to watch the closing credits of the last episode of Popotan, and there are a lot of cool moments in that show.

Or maybe I'll watch Midori no Hibi instead.

3 Should have said - the closing credits of the last ep of Popotan is an extended version with a sort of highlights reel.

I liked this show from the start, second only to Kannagi for this season, and it just keeps getting better.

One of the best things about it is that the characters are teenagers, but they're not idiots.  There's a certain amount of angst, but they deal with it rather than wallowing in it.  There's even character development, of all things.

Did pick up the box set of Godannar, the complete Dresden Files (why does every show I like get cancelled?) and the Spore expansion pack.

I slept and played FFIV.

It's the first day I've really had off in six weeks.

3 I would have slept in, except the cat began feeling peckish at about 7:30, and insisted that I get up and feed her.

But I did go back to bed for an extra hour thereafter.

Need to do one of these for Minx. 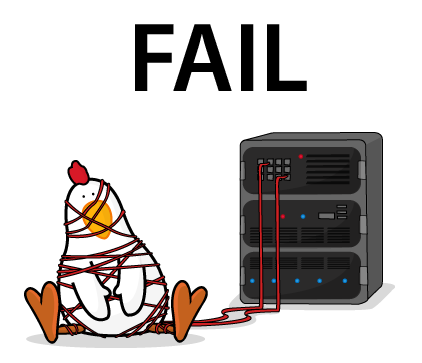 1 Feeling a little tied to your servers, Pixy?