All good, you get to ride the ant. 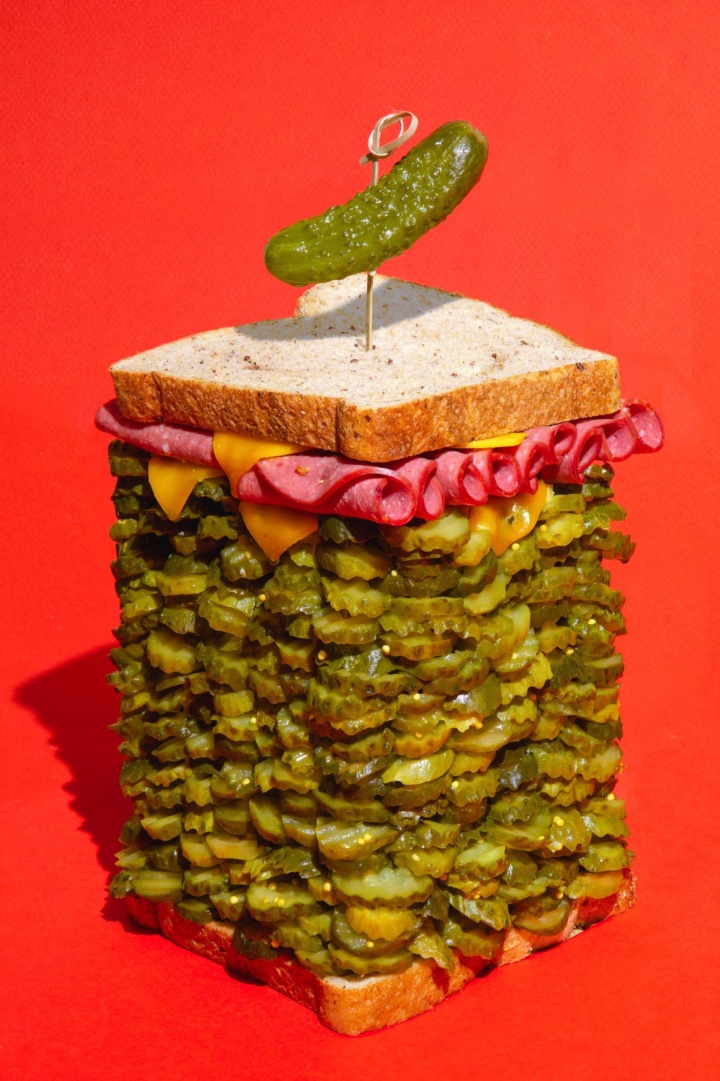 
Bonus Picture of the Day 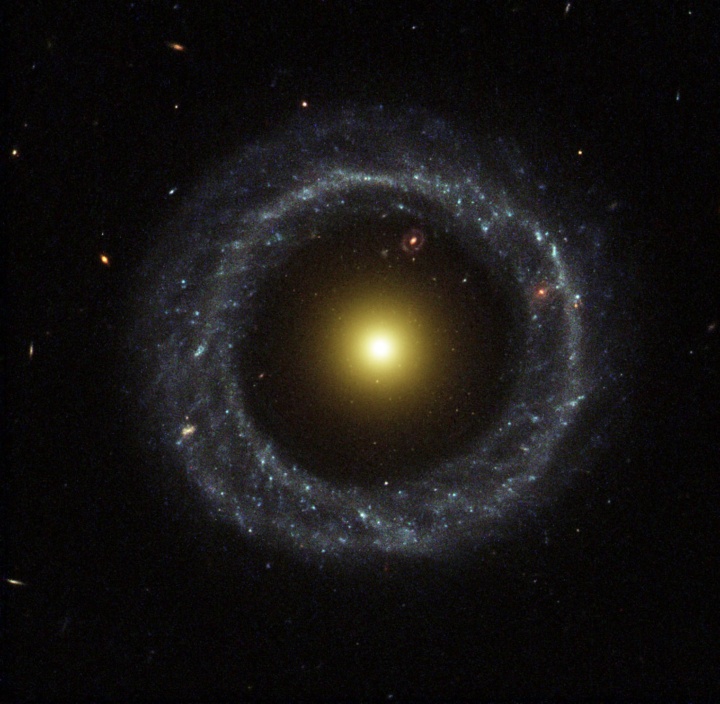 Hoag's Object, an atypical galaxy about 600 million light years away in the constellation Serpens.  Why is it structured like that?  Nobody's entirely sure.

Disclaimer: This post may contain traces of cereals containing gluten, soy, egg, fish, crustacea, peanuts, tree nuts, milk, more egg, ants, those little green things, what are they called, capers, butter, cheese, bread, fish again, a different kind of fish, shrimp, no, wait, those are included under crustacea, so molluscs, aglets, look it up, maple and/or maple-flavoured syrup, other sugars including but not limited to sucrose, glucose, fructose, lactose, galactose, and maltose, very small rocks, and a duck, unless he's got out again.

1 I think you can strike the word "proper" from your sentence about formal methods.

2 There is always a hypothosis.
One of the current one's for Hoags object is the remains of colliding galaxies.

3 There is often a napkin, or a photo of a whiteboard, or something.

As for Hoag's Object, we're fine until it blinks.

Sorry, out of ratings season so you're stuck with reruns.
Disclaimer: In the beginning the Universe was created.  This has made a lot of people very angry and been widely regarded as a bad move.

Good morning sewer babies!
This... Might actually be good. 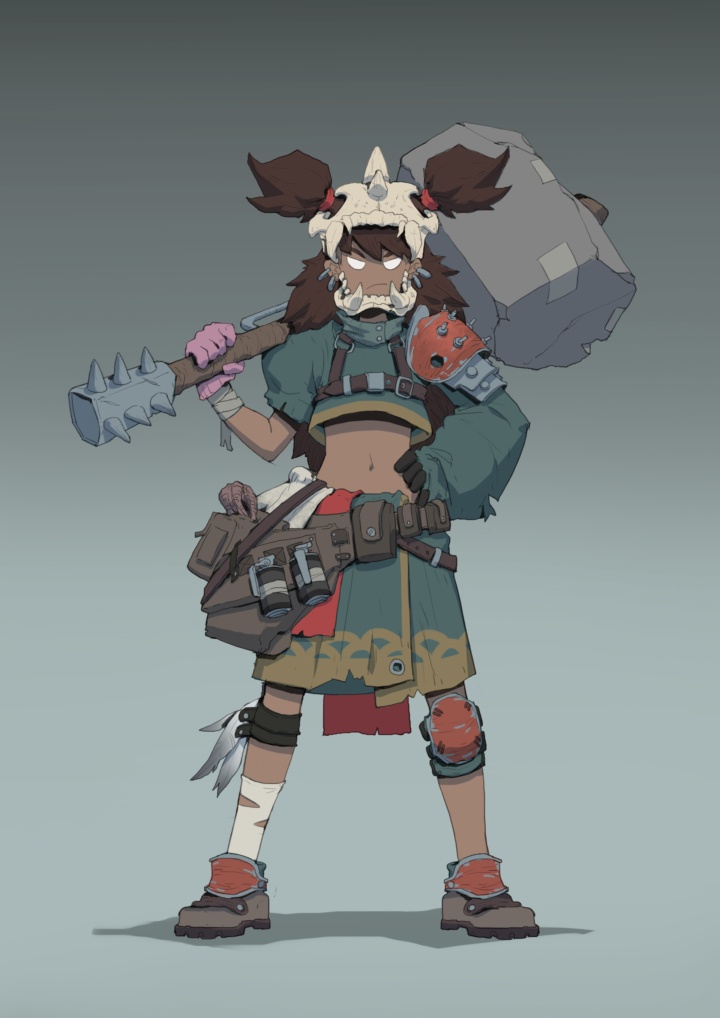 Speak softly, carry a 300lb sledgehammer, and wear your enemy as a hat.

Art by Yang Zhen.
Disclaimer: It was a dark and stormy night; the rain fell in torrents — except at occasional intervals, when it was checked by a violent gust of wind which swept up the streets, or where otherwise prohibited by law.

1 I've had to recover data from a failed ReadyNAS using the same Linux MD magic he used. Extra fun when the NAS was Sparc-based and the Linux box was x86.

Words missing from the Synology horror story: "surge protector", "ups". It's possible that my whole-house surge protector is just a placebo, but between that and the big honking UPS in my wiring closet, I've never lost any gear in an outage. I also replicate all my data to a second RAID volume; located in the same house, but better than nothing. I keep meaning to put another NAS on my desk at work and tunnel to it...

On that note, what specifically have you heard about poor Synology reliability? After migrating everything off of a big pile of ancient FireWire, USB, and NAS devices, I'd hate to have to go through it all again any time soon.

2 I haven't seen statistics, so I may be off-base.  They just seem to pop up a lot in the YouTube tech videos I follow, and not in a good way.

3 I've used Synology boxes for years and not had an issue.  That said, I'm not exactly stressing any of the boxes I've had.  I know they were heavily impacted by the Intel Atom hardware bug a while back, but that ranged far beyond Synology.
Unfortunately backup solutions for SOHO once you start to get in the double digit TB range are either very expensive or impractical.  Paying hundreds of dollars for hard drives every time you want to start a new backup adds up, and forget buying a tape drive (even though tapes are actually reasonable).  I looked into Blackblaze until I realized that it was going to tie up my internet connection upload for 6 months to upload  my files.  There is definitely a gap here that is begging to be filled with so many going the NAS/SOHO route for their files.

So where the heck did Navi go anyway?

The first 11 minutes are explaining that leaks are unofficial pre-release information subject to change because people apparently no longer understand "grain of salt". 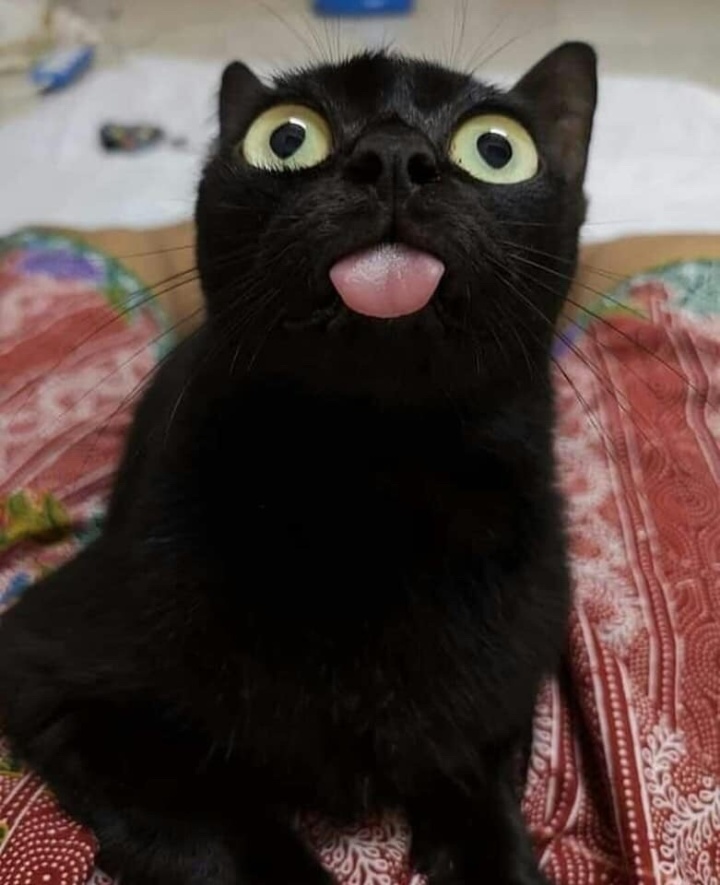 Disclaimer: Offer valid only at participating locations, which in this case means all locations.  Not to be combined with other offers or somehow cleverly duplicated.  Limit one card per visit.  Please present this card to the cashier, but don't be surprised when they keep it.  Cash value 1/100th of one cent, which is pretty much nothing.  This is the fine print, why are you still reading this?  Really, this is getting silly, go eat.

I actually have to wonder if the number given in the poll might actually be higher, given the magazine who commissioned the poll, famously published an endorsement of Obama in 2008 where they explicitly stated their hope that he was lying about what he wanted to do... 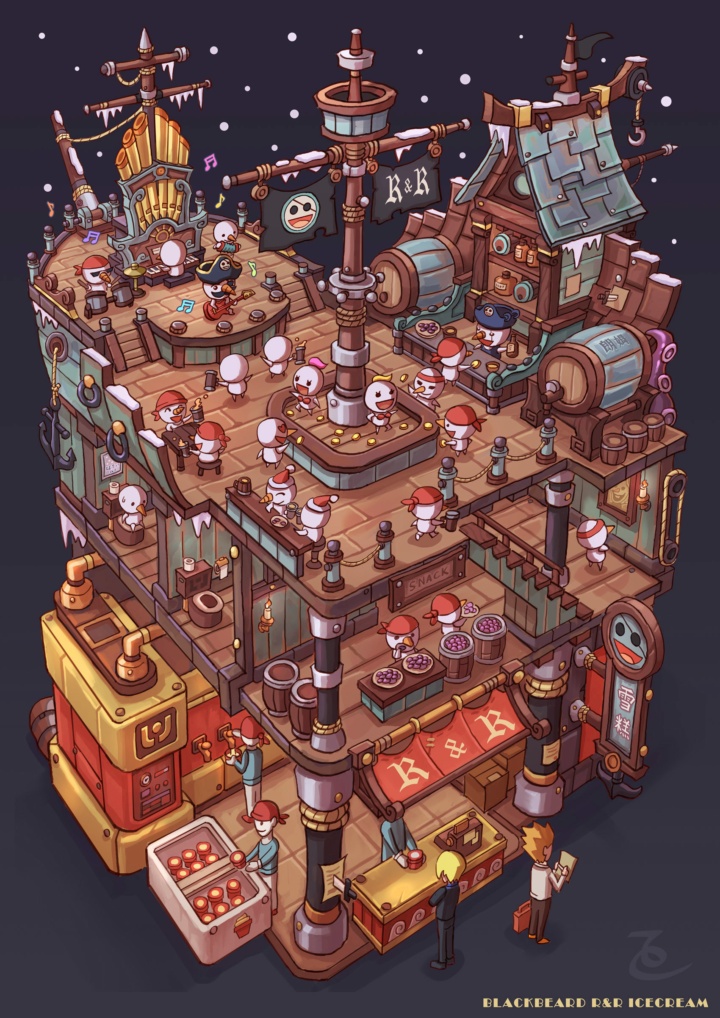 A method for the automated production of rum and raisin ice cream, Bangzheng Du, inventor.  (2019)

Dumb Fact of the Day

The lyricist for the song Rum and Coca Cola, made famous in 1945 by the Andrews Sisters who recorded it as an extra in ten minutes of spare studio time and then sold seven million copies and spent seven weeks at number one on the Billboard charts - the lyricist was named Lord Invader. 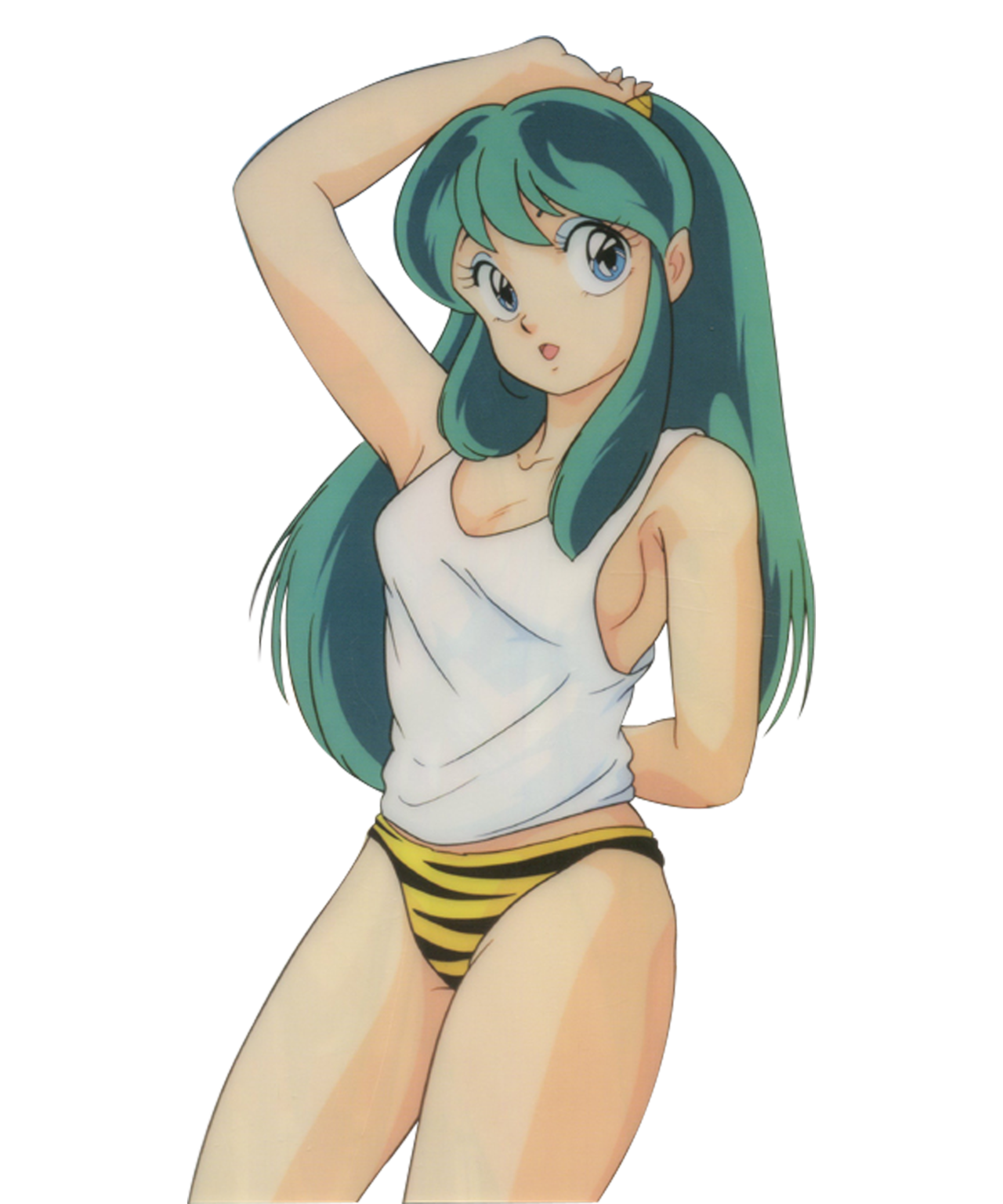 1 You can make the ping times to SF correct by adding a big box full of fiber-optic coils to the network connection on the machine that pings SF!

2 That would need to be quite a large box!

3 Look at the full-size picture.  Specifically, the snowman sitting on a toilet.  Or rather, look at the sign on the wall behind him.

4 Kristophr, you've reminded me of a late-night hallway conversation at Usenix many years ago.

A: ...and when we redid the network at Xerox PARC, we found the entire history of Ethernet in the walls. One of the weirdest bits was finding an entire spool of thicknet cable spliced into the network between two offices, hidden above the dropped ceiling.

B: I can tell you whose office that was.

C: I can tell you how it got there.

D: I can tell you why it was left there.

(it involved an argument between the network admin and one of the inventors of ethernet, who insisted that a planned cable run would never work because it was too long) 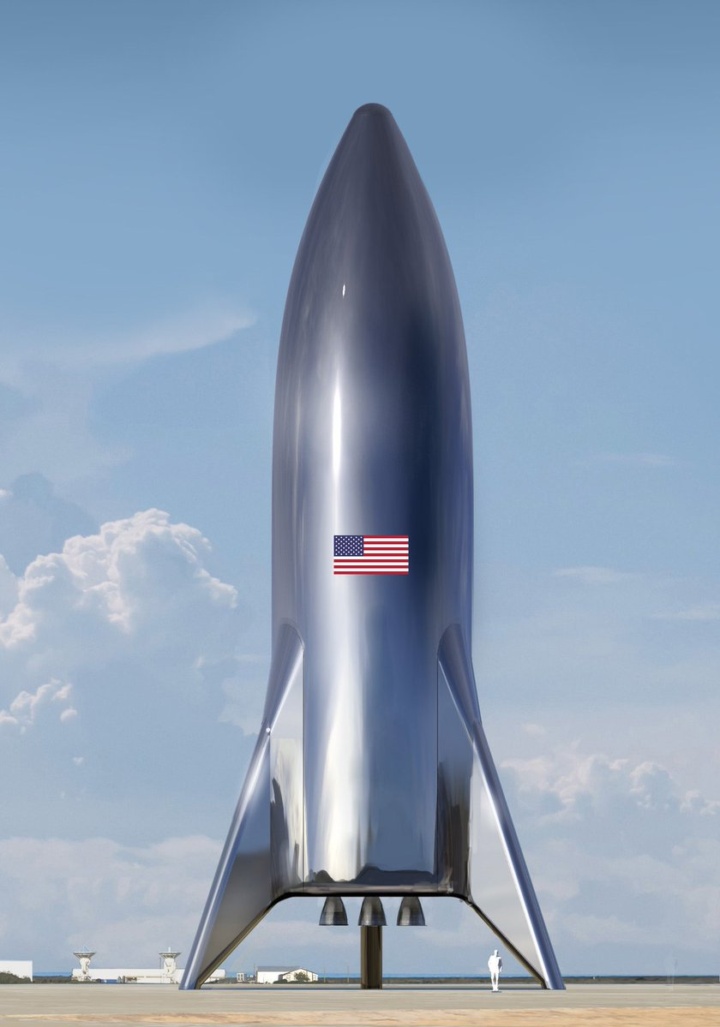 Quick touch of the old Instagram Emshwiller filter and the SpaceX Starship test rig is ready for its close-up. 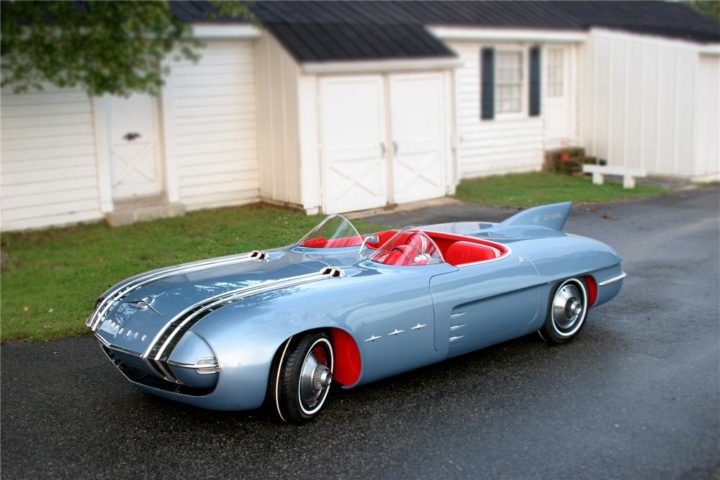 2 I "like" how the Google story uses the term SERPs about a dozen times, including in the title, without ever defining it.  (Sure, I can search for the acronym, but it's typical, shoddy, modern "journalism".

First one, then the other.  Repeat as necessary.

5 I have a couple of the 200GB cards bought on a previous sale and they work great.  Haven't convinced myself I quite need the 400GB model yet, but soon...

6 Hope that's a genuine SanDisk. I recently saw a video where a guy got a 32 gig card that was hacked to SAY it as something absurd like 4T, but would just happily let your data fall on the floor.

7 Yeah, that's a huge problem with third-party sellers.  This one is "Ships from and sold by Amazon.com." so it should be fine. 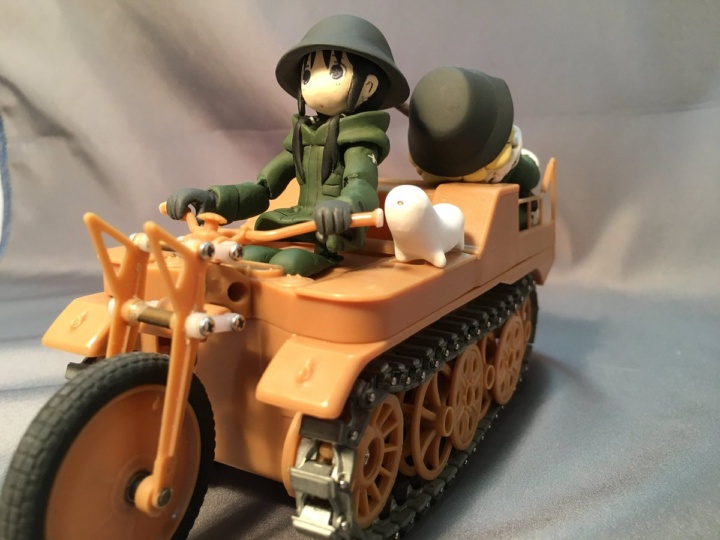 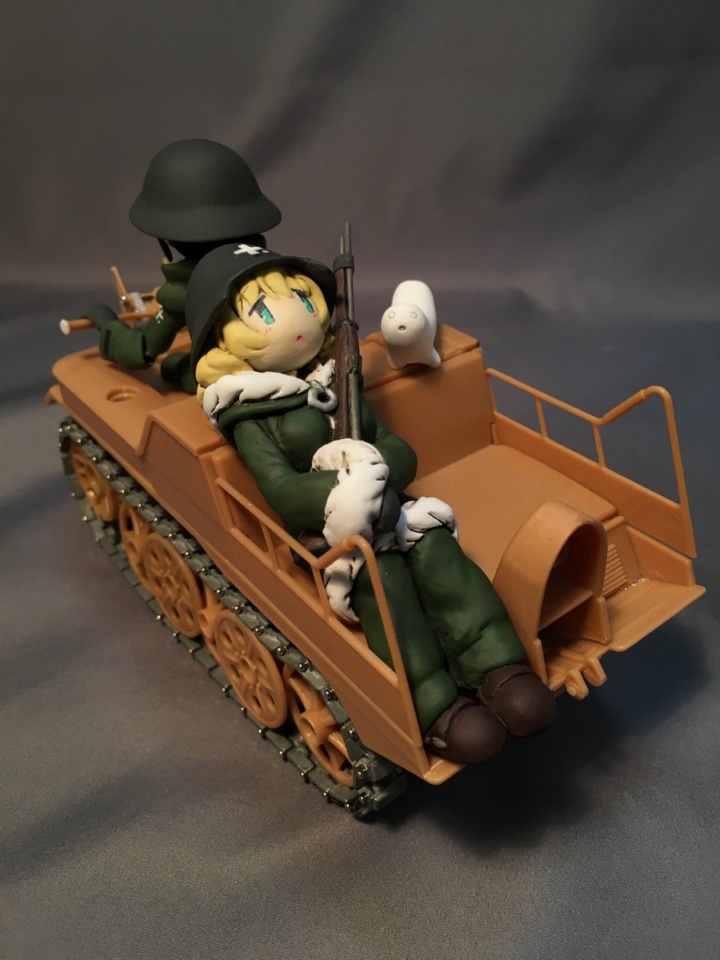 1 Re:  spying TVs.  I've heard some people have blocked this at their routers.  TV spyware is making me consider building a cheap pfSense or something box to replace my switch; laziness is mainly what's blocked me so far.
Ads on the home screen of my TV?  I haven't seen this with my Samsung, but it would probably be the tipping point that would make me do it--and once I started I'd start blocking ads at that level instead of using browser extensions, which have some quirks & limitations of their own.  ("hey, a network-wide MITM proxy that eats ETag headers", for example.)

2 "If you make the functionality of the Program or a modified version available to third parties as a service, you must make the Service Source Code available via network download to everyone at no charge"

I would imagine "Well, making money was nice while it lasted" will be wafting out of the Mongo offices soon.

3 Programs on Etherium. My dad was there at the dawn of computer science (Well, 1950's computers) and they used to maintain strict segregation between Code and Data. Code you controlled, Data you could never be sure of. you never executed Data. Then some Wunderkind in the 90's thought it would be GREAT to allow anyone to send you code to execute on your computer over the internet. And here we are....

4 In the early 90s, just before the web took off, there was a language called TeleScript that was designed so that the client could send small programs to the server for execution.

It disappeared and no-one ever spoke of it again.  Shame; it was kind of neat, despite the whole worm factory thing.

5 So TeleScript was the grandfather of Google App Engine?

Tech News
Disclaimer: I am prepared not only to disavow my remarks, but to deny under oath that I ever made them.

1 <blockquote>The Opteron whichwhat? </blockquote>
More like the Nope-teron, right?
<blockquote>Why is my keyboard connected to the cloud?</blockquote>
I installed Corsair's iCue software to control the unicorn vomit on my case fans (4 16-LD Corsair LL120s).  It interacts badly with Guild Wars 2, causing regular but short lag in the game, even causing sound skips.  Very annoying.  Oh, and I think it may be cloudy, too.

3 That scp bug is a gem.  Using scp to upload files to a hostile server can compromise the client.

4 I'm impressed by the "nobody discovered this for 36 years" aspect, myself.

Chris Hadfield on the highs and lows of outer space. 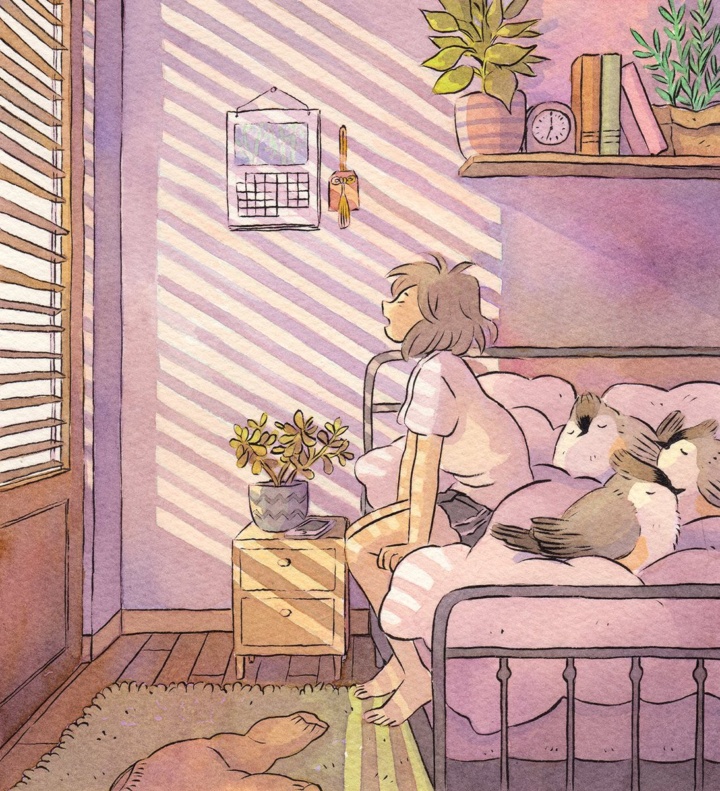 Alright early birds, time to go out there and get that worm.
Disclaimer: Buggrit!  Buggrem! Millennium hand and shrimp!

Other Linus shows off the Nubia X, with its 160% screen-to-body ratio.
He also got his hands on a foldable phone - not the Samsung one, which is still in development, but something called the FlexPai.
Disclaimer: This machine remains property of the Gas, Coal, and Gravity Co. 117A Threadneedle St London.

1 "Only problem, the one game that got that level of increase was Fallout 76, which doesn't exist."
What did I buy for my son for Christmas, then?

2 Or--wait, is this like that thing where some people claim there were three Matrix movies?

3 And people who claim there are more than three Star Wars movies.

4 Somebody once tried to convince me there was a sequel to Highlander...