Can't output to AAC.  (Or RealAudio, but I don't care about RealAudio a whole lot.)

No idea why; it's just not in the drop-down list to be selected.

It can read AAC files just fine, but it can't write them.  Says on the box that it can, but on my computer it says nuh-uh.

Considering that you're a computer god and I'm just a smart duck with dexterous wings, I feel uncomfortable suggesting this, but...

...have you updated your codecs recently?

2 I've had good luck with the Combined Community Codec Pack.

3 As far as I know, they're supposed to be built in.  It comes with its own codec library.  And all the others are working, including AC3.

I've posted on their support forum, so we'll see what happens.

4 The CCCP page also allows downloading of a utility which will list all the codecs currently installed on your computer. That might be useful.

What's In The Box, Pixy?

Acid Music Studio doesn't support multiple processors (not that I really need it for anything I've done so far; my most complex production uses 61 tracks and could still be mixed in real time even on a 1.2GHz Athlon) and can't export to AAC, AC3, FLAC, or MPEG-2.  Acid Pro does support all of these, but it's a $300 program, and I don't really, really, need it.*

But back in the day, when I had more money, I actually bought a copy of Acid Pro.  That was version 3, and they're now up to 7, but apparently I can still upgrade for $135 - if I could only find my old serial number.

Bit of a fool's errand, since I haven't seen the manual since 2004, but I went upstairs and took a look anyway.

Found it in less than ten minutes.  Also, four of my missing Beatles CDs and two of my missing Mike Oldfield CDs.  (But not Tubular Bells II.)

So I hopped onto Sony Creative's online store, got my Acid Pro 7.0a, my free copies of Garritan Aria, Acid Pro Effects Rack, Native Instruments Guitar Combos, and Submersible Music KitCore Drums - none of which I know anything about - my 3GB of bundled loops, and my free "Standard" loop library (unfortunately, you only have eight to choose from, and three of them I already had).  That last one is from an offer that has apparently expired, but nobody's bothered to turn it off, so I still got it.

I need to do a little tweaking; the VU meters in Acid 7 include a peak meter that I'm pretty sure wasn't in version 2 (which I used for my original composition), because while I was reloading my old projects I noticed immediately that several of them suffer from clipping.  I already knew that the volume settings weren't even between albums, and wanted to adjust that anyway.  There's also one track that needs one or two bars of drum solo snipped - it just bothers me; the delay before the melody comes back is too long - and another that needs the strings brought up relative to the woodwinds in one passage.

Once I've remastered things, which shouldn't take too long, I'll reupload everything for the enjoyment** of readers who weren't around back in the old, old days.

Update: Erp.  I need to cut back on my downloads just now - I'm approaching my limit, and my quota doesn't reset until the 14th - so maybe buying 5GB+ of software and loops wasn't the best idea right now.  Garritan Aria is 1GB by itself.

* Acid Pro also supports 24-bit/192kHz audio (vs. 16-bit/48kHz), which is great for professional mastering but nothing I need unless I'm planning to make a breakthrough hit in the dolphin market); "improved" pitch- and tempo- shifting, which will be interesting to see, as pitch shifting is something that's a bit hit-and-miss in Acid Music; support for 5.1 sound mixes; the three XFX audio processing libraries, which would cost $105 by themselves; a separate mixer panel; and support for external "control surfaces" - USB mixing desks and the like.  It's pretty good value if you happen to have an existing serial number from a past life.
** I use the word advisedly...

Question for all my listeners: What was the second album in the Dance Dance Kitten series?

I think the second might have been something simple like Dance Dance Kitten Returns, but I can't remember, and Google offers me no hits.

Actually, I think it was more like Dance Dance Kitten Takes Off, though that's not quite right.

Somewhere I must have a backup of the original Electric Ant Orchestra site ca. 2001, but I have no idea where.

Update: You know, there's a reason why I need 10TB of disk space.

The answer is, What Dance Dance Kitten Did on Her Holiday is the second, not third, in the series.

The third is in fact Dance Dance Kitten In Love.

Having ascertained that, I present, all the way from 2001, the EAO:

Is he a fan of Those Annoying Post Brothers?

3 Is he a fan of Those Annoying Post Brothers?

I don't know about him, but I sure am!  I've got a cassette of theirs somewhere around The Pond.  Oh, and the comix are good, too.

5 Just throwing some linkage based on vague correspondence to this post.

Perhaps the vagaries of selling out versus staying true to art. Or just a plain weakness for girls in general.

Let's See If I Can Get This Right 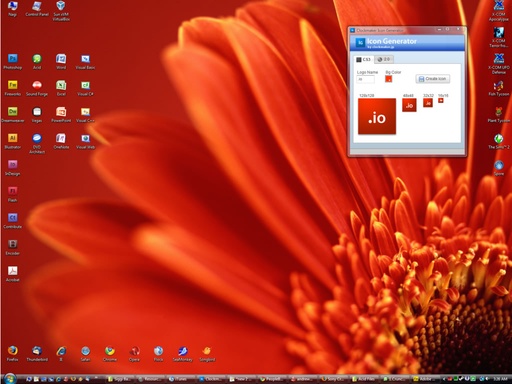 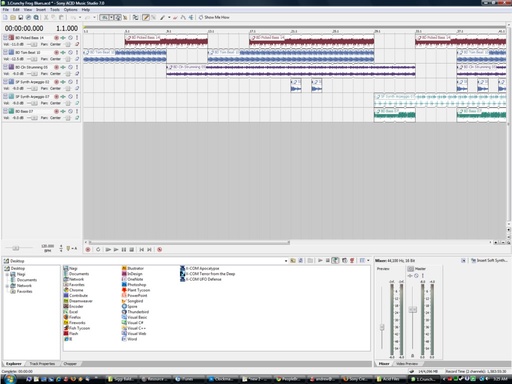 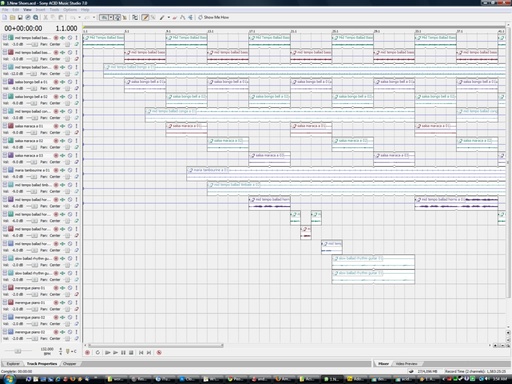 I reduced the original screenshots down so that you can view the slideshow* but if you really want to see: 1 2 3

I have Adobe Creative Suite Design Premium CS3 and CS4 installed now.  That's something like 12GB of software.

(I have all my Acid loop libraries loaded up too - that's another 32GB.)

Now I just need to install all my Photoshop plugins - I have the Eye Candy bundle, and the KPT collection, and a couple of others.  And I have to install each one into Photoshop and Fireworks and Paint Shop Pro individually.

But at least I can have Firefox open while I do it.

Update: 30 installs later, I'm mostly done.  Now I just need to install something that I've forgotten the name of and cannot find.

Update: Texture Anarchy.  You know, without computers, I'd have no hope in hell of keeping track of all the stuff I have on... my computers.