So my installation of iTunes 11.3 was, um, less than entirely successful.  (Three days later the program still hasn't finished loading).
After looking around a bit I installed Clementine.  The user interface is really awkward - the whole assumption is that you want to build playlists, and I simply never do that - and it's missing some features (like multi-threaded podcast downloads, or even a download queue).
But it works.  I installed it, told it to import my 2TB of iTunes content, and a couple of hours later everything was there and playable (except, I'm assuming, for my DRMed audiobooks).  All completed while iTunes itself was still struggling to load.
It uses 1/4 the memory of iTunes, and works about 20x faster.  Even searching for podcasts on the iTunes store is 20x faster in Clementine than it is in iTunes.
I have to assume that iTunes works for someone, but when you've collected a couple of decades worth of music and seven years of podcasts under it, it becomes an exercise in futility, and it's been getting worse with each new release, until with 11.3 it became entirely unworkable.
Clementine may be something of an ugly duckling, but I'll take an ugly duckling over a turkey any day.

1 What's all this running on? One of your tablets? Your PC?

With every release of iTunes the application has become slower and less functional, until, with 11.3, Apple have apparently reached perfection, in that it does nothing at all.
Well, it uses up 600MB of memory and a CPU core, which might be considered something.  So let us say, it does nothing useful.

1 This reminds me of the machine whose sole purpose is to turn itself off when a human turns it on.

After I installed the Audible app for my audiobooks and Clementine for my podcasts and music and reimported all my content.  2TB of content.  Which only took a couple of hours.

.... I sent a few emails to your various addresses the other day and have not had any reply to them....... .is there anything that I need to do regarding getting my .com resolved again with the DNS of your servers?....... straightwhiteguy.com has been unreachable since your old servers crashed.....

4 Sorry about that!  Should be working properly now.

The way out of my Android mess is to spend more money.  Fortunately, not a lot of it.

My Nexus 7 suits my needs perfectly for reading and playing Kairosoft games at home, and when I take one of my (rare) trips to see my family, it can come along with me.  Not a problem.  Which reminds me: I need to buy a new backpack before October; the old one got left outside and died.

My Xperia Z Ultra is fine as a take-anywhere mini tablet with plenty of room for music, videos, files, and stuff.  Not quite right for reading entire novels, but far better than the typical 4-5" phone for checking email and browsing the web.

My Nexus 5, though, isn't quite right.  It's too big to sit comfortably in my shirt pocket, too small to do anything complex (it looks tiny next to the Z Ultra), and doesn't have enough storage to make a good media player.

I think the right thing to do is to replace it with something like the Xperia Z1 Compact, which is a good bit smaller and will work with a 128GB micro SD card just like the Z Ultra.  I haven't filled up the first card yet, after days of determined downloading.  With two, I can put my audiobooks on the Ultra and music and podcasts on the Compact and get twice as much of everything and still have room left over.

The Z1 Compact is a mid-range device at a mid-range price (albeit with a high-end CPU and camera) so it won't break the bank, and I'll avoid ever suffering a repeat of yesterday's fiasco.*

And that means I can finally leave my 160GB iPod to rest.  It still works fine; that thing is built like a brick.  But it's kind of clunky by 2014 standards.

* Over four hours to download a one-hour podcast episode.

1 "My Nexus 5 [is] too big to sit comfortably in my shirt pocket[.]"
Interesting.  I have a Galaxy Note II and I wear it in my shirt pocket all the time.  It does extend an inch or so over the top of the pocket, though, so it *feels* like it might fall out, but I pretty much have to bend over horizontally or maybe even beyond, to make it actually fall out.

What It's Like Upgrading From iOS 6 To iOS 7*
Remember the time your favourite teddy bear got a bit on the grubby side so mum put it through the wash and all the stuffing came out and all you got back was a sad pile of damp fur?  With eyes?
Yeah, that.
But at least it was clean!
* I'd left my iPad on iOS 6 until now because the original screenshots of iOS 7 looked eye-meltingly horrible.  Anyway, I was testing a new web site design for mee.nu and on Safari on the iPad the menus blinked if there was any animated content on the screen - which they were definitely not supposed to do.  Before reporting this to the designer, I updated to iOS 7 in case it was a bug in the old version of Safari I was running.
It was.
And iOS 7 looks like crap.

I resisted getting a tablet for a long time, because, frankly, in the early days they all sucked.  Then the Nexus 7 came out in 2012, and it didn't suck (much), and didn't cost a whole lot, and I bought one.  And I found I used it constantly.
I followed that with the purchase of an original retina iPad (i.e. the iPad 3) which is a very nice device that I never use.  And a Nexus 10, which is a very nice device that I almost never use.  And then the 2013 model of the Nexus 7, which was better than the original in every way and which I used constantly until last week when it died.
Boo.
Double and triple boo, because firstly I'm taking some time off work and have a chance to catch up on my reading, and I used my Nexus 7 for reading, and secondly, Google Australia are completely out of stock and I can't replace it.
I do have the two other tablets and a very very large phone, so I'll survive just fine, but it's quite noticeable how well the Nexus 7 fills its niche when you're looking to replace it with something else.  There simply isn't anything, from any provider, for any price, that can fill its role as well.
But we're getting there, slowly.
When the original Nexus 7 came out I made a wishlist of seven points I wanted to see corrected in a newer version:
The 2013 model fixed 1, 3, 4, and essentially 5; Kairosoft fixed 7.  That leaves 2 - micro SD support - and 6 - a stylus - outstanding.  And Google have issued a big fuck you to those looking for micro SD support.
I have a 128GB micro SD card in my Xperia Z Ultra, and the difference it makes is amazing.  I can just shovel music, audiobooks, and podcasts onto it without worrying about running out of space.  But I don't have that in a full-sized tablet...  Yet.
Looks like the new Nvidia Shield tablet might be what I've been waiting for.  It has a Tegra K1 quad-core 2.2GHz Arm A15 processor, so it's a lot faster than the Nexus 7;* 2GB memory, 32GB flash, a micro SD slot, and LTE.  8" 1920x1200 IPS display, and even a stylus.
The only downside is that it weighs in at 390 grams, against the Nexus 7's 290, making it definitely on the chunky side.  But as I've found with the Z Ultra, weight isn't everything; the Z Ultra is only about 210 grams, but owing to its metal and glass construction is less comfortable to use for long periods than the Nexus 7 with its soft-feel plastic back.
We shall see.
* These benchmarks show the K1 outrunning the Nexus 7's Snapdragon S4 Pro by a consistent 2:1.

1 This only illustrates how different our requirements are. I want a tablet, which fits in my pockets. Kindle Fire and Kindle Fire HD were just the right size, but blasted Nexus 7 is too damned long! By just 1.5cm! Whyyyyyyyyy. Nexus 7 superior to Kindles in every other way, but I cannot carry it with me, so I cannot used when I want it. I swear I'm going to pay closer attention to device dimensions next.

2 I got the Xperia Z Ultra for that reason - the 6.4" screen is nearly tablet-sized, but the device itself is much smaller and lighter than a 7" tablet.  2cm shorter and narrower and 3mm thinner, and about 80g ligher than the Nexus 7.

So that now serves as a tablet I can carry with me, and I just need a 7-8" tablet at home for reading.

So...  I went online and ordered another Nexus 7 this morning. 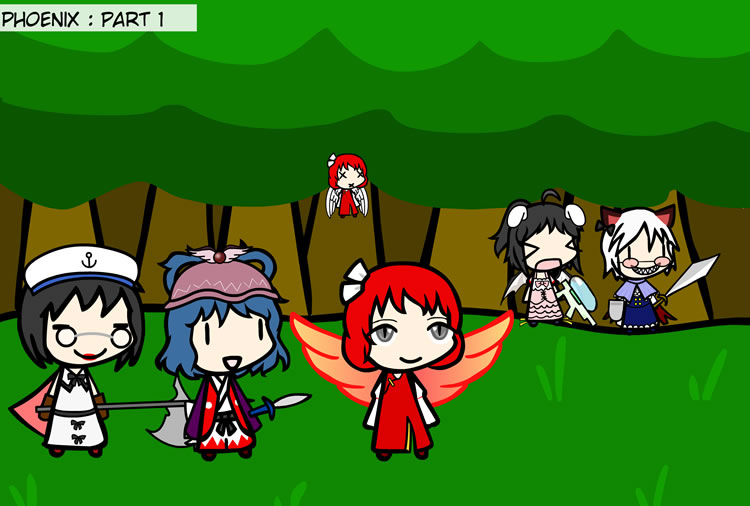