Currently running a yum update on Fedora 10 to get the new ATI drivers.  The current drivers keep blanking out - in text mode.

I guess I'll have to go back to Fedora 8 (which I know works properly, since it's been running on Yurie for a year) or 9, perhaps, and apply 12 or 6 months worth of updates, respectively.

Let's see if it boots once it's installed.

Update: Fedora 9 installs fine, boots fine, but the video drivers are complete crap.  Back to 8, then.

Well, I say died, when in fact it works fine as long as you don't install the driver.

Vista automatically installs the driver as soon as you log in.

Maybe it's overheated.  It came up with a grey screen and then stopped working, and I've found references to that behaviour from people who overclocked their cards.  Works fine on reboot until Vista actually starts up, so the card isn't actually dead dead, just slightly dead.

I'm going to play Final Fantasy IV on my DS while it cools off and my 64-bit copy of Fedora 8 downloads.

Yes, it was downloading when it grey-screened.

Anyway, I still have the 9600, so I can just swap cards and get going again if need be.

Update: After having some time to cool down, it's working again.  I've turned off the intelligent fan controller, so that case fans are running at full speed (which is only 1700rpm).  If that doesn't keep it cool, I'll fill the case with ice or something...

Update: Meh squared and cubed.  Gave up, stuck the 9600GT in Haruhi, and am installing Fedora 10 now.

1 Bug, maybe? Please see the first comment on this.

5 Good suggestion.  There's something a little odd happening with the preview and names for registered users.

6 This is Steve. Let me try doing a preview and then a post.

7 Evidently not an issue for me.

9 Another Chipotle test post, previewed this time to make sure problem persists

10 We need to know what browser you're using.

11 Mmm, probably not.  I'll grab a copy of the live database to my test box and should be able to track down the problem.

But not right now - I have a migraine.

Sorry about the headache!

I Got Another Grub

Okay, Nagi is up and running (though Tsugumi and Zange-chan are out of commission until I can sort out VirtualBox's notworking), and it's time to wipe Haruhi and install Linux.

So off with the Vista and on with the CentOS 5.2, which installs smoothly, and then I get a grub.

I think that's how Yurie ended up with Fedora 8.

So, I says, no worries, I says, I'll load up Fedora 10 instead.  There's really not that much difference, it's a popular distribution, more up to date, and probably has better hardware support.

They've enabled a little feature called "kernel modesetting", which is an attempt to de-crappify X's resolution switching.  The only problem is that it doesn't work on many common graphics chips - such as the one in Haruhi and Yurie (AMD 690G / ATI X1200).

That's okay though, since you can disable it at boot time on the installer.  Except not: That brings it up in a resolution my screen can't display.

That's okay though, since you can specify the resolution you want the installer to run at.  Except not.  That still brings it up in a resolution my screen can't display.

I could do a text mode install.  But I want to do some custom partitioning and LVM stuff, and that's a royal pain even in graphical mode.

Update: Tried CentOS with a dead simple disk configuration.  Grub.  Now trying a Fedora 10 install in text mode with a more complex configuration (RAID-1 /boot, RAID-5 /).  If that works, I can put the GeForce 9600GT back in, do the install, update it to drivers that reportedly actually work, take the card out, copy everything across from Yurie, install the card in Yurie, install Fedora 10 there, update that as well, take the card out again, and then get on with what I was trying to do AT THE BEGINNING OF NOVEMBER.  (Which was: Get polls working in Minx.)

1 I would bet that the reason your display didn't handle that mode wasn't because of the resolution, it was because of the refresh rate. (Which observation probably isn't helpful, but anyway...)

2 Quite possibly, but the monitor doesn't tell me anything helpful.

Anyway, just finished updating, so let's reboot and see what we see...

3 What we see is a whole bunch of suck.

VirtualBox pooped on my shoes.

I was wondering why I was having all these network issues, and none of the usual tricks (reset modem, reset network interface, reset computer, swear a lot) was helping.

Then I disabled VirtualBox's NAT driver thingy.  And everything immediately started working.

Yesterday installed Fedora 10 on Zange-chan.
Currently installing OpenSolaris on Tsugumi.
Then Windows XP on Takako (and Shino as well if I can find a spare key).

Next, I'll wipe Haruhi and load CentOS 5.2 with OpenVZ, and spin off Yuki, Mikuru, Ryoko and Tsuruya as CentOS userlands, variously 32-bit (for application servers) and 64-bit (for databases and stuff).

Then I can move everything off Yurie and load up CentOS 5.2 there as well, and then likewise fire up Mitsue, Matsuri, Miko and Chou-chan.

Hey, that's only 15 computers!  Just wait until I've validated this plan and put it into production.  My plans for '09 involve spreading mu.nu and mee.nu (and their friends) out across at least 20 virtual servers.

Which means I'm going to run out of names very quickly.

1 You seem to have abandoned using the names of goddesses, and now are using their friends as well. Even that conceit is a limited lode, though.

2 Yep, the physical nodes are named after the goddesses, and the virtual nodes after their friends...  Family, pets, etc.

Not sure quite how this is going to work in production.  What I'm planning to do is have one big production server with Virtuozzo (the commercial version of OpenVZ), a nice big RAID array for storage, and a fast SSD for the databases.  Then I'll spin off single-purpose virtual environments as needed, so this one is a database server, that's a Minx application server, this one is for mu.nu users who want to run CPanel and WordPress.  Large users like Ace might get their own dedicated environment tuned to their needs.

I need to verify that 32-bit userland nodes on a 64-bit kernel run Psyco successfully.  That's the Python JIT compiler, and it cuts the page generation time for Minx in half, but only works in 32-bit mode.  Currently I'm running 32-bit Linux on all the servers, but that has its own issues, so I'm experimenting with a 64-bit kernel and 32-bit virtual environments.

It Was A Crazy Idea Anyway

Xen doesn't work under CentOS under VirtualBox under Vista.

It's not entirely stupid, and doesn't give you a second chance.

2 Sorry about that Lawren!  I've bumped up your bandwidth allowance (it's just there as a safety measure), and you're back on the air again. 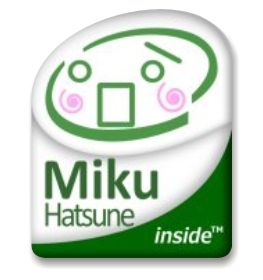 (Found while noodling about in Peo the yet-to-be-officially-announced project at my day job.)

1 Heh, cute.
Just an off-topic question, if you don't mind: do you own mee.nu?