This weekend we gather together in celebration as the last of the patents on MP3 finally expires.


New server for the mee.nu empire!

I just broke down and ordered one of these: 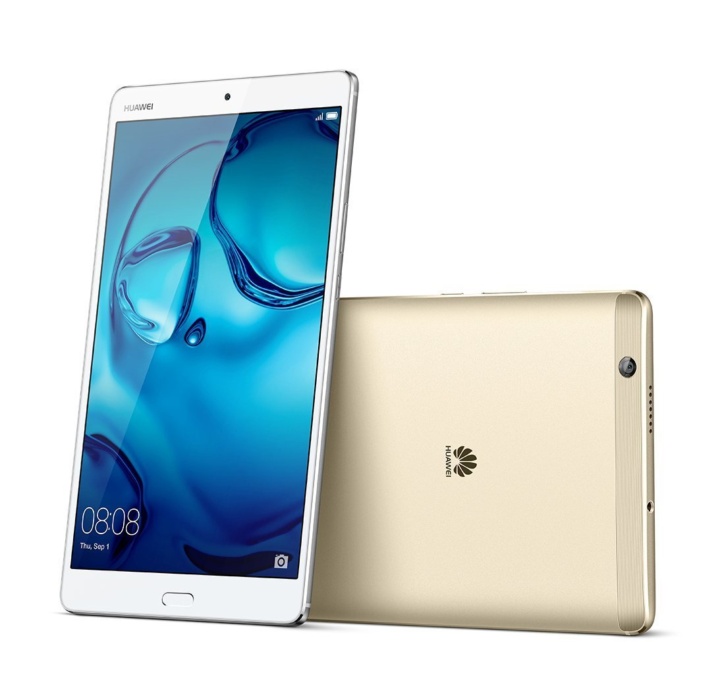 Huawei Mediapad M3, available in Luna Nova Silver and Shiny Chariot Gold
8-core CPU (4xA72 + 4xA53), 4GB RAM, 64GB Flash, 8.4" 2560x1600 screen, Android 6 with 7 apparently in closed beta and due out soon.  And a micro-SD card slot that I ordered a 200GB card for.  (The 256GB cards are still kind of expensive.)
I couldn't find the LTE version for sale anywhere reasonable, so I got the wifi-only model.  $339 on Amazon for the 64GB version (or $279 $299* for the 32GB model), plus $77 for the 200GB card.
It's about four times as fast as the Nexus 7, has twice the memory, twice the storage, a much larger, higher-resolution display (8.4" vs 7"), and an SD slot.  And despite the size increase, it's within a few grams of the Nexus 7's weight.
I still use my Nexus 7 constantly, but it's finicky about charging and is starting to act a bit flaky - screen and buttons not registering touches, that sort of thing.  And it's not really big enough to browse the web easily.
This should do nicely for the next three or four years.
* Not sure why the prices bounce around like that.  The last time I decided to buy it was out of stock, then when it came back in it went from $349 up to $399.  Then I saw today that it was down to $339 and at the same time the Aussie dollar was up a few cents, so it was better than 20% off.

1 How's the GPU?
I bought the Asus Zenpad S 8.0", with an Atom, and it's a great tablet, except for 2 things:  2GB of RAM coupled with an overly-aggressive memory-reclamation policy means there's basically no such thing as backgrounding a task, and the GPU is utter crap.
Oh, and mine started failing to charge a month or two back, meaning it didn't even last a full year.
I want something that can play a fairly graphically-intensive Unity game (I use Farmville 2 as a test--it's surprisingly heavy on the GPU) without massive lag.

2 Reports are that performance isn't great for 3D games at native resolution - mid-range GPU coupled with a high-end screen.  But it allows you to select the resolution for games, so you can drop it down to 1920x1200 or 1280x800.

When it arrives I'll give that a try.  I mostly play 2D stuff on Android - Kairosoft titles and Final Fantasy - so it probably won't be an issue for me.

3 I wish they'd redo some of those Kairosoft games with better graphics and UI.
Disappointing, though.  Even a game like Polytopia runs like complete crap on that Asus--I want something better but I don't want to spend the $600 of a Pixel C or Samsung S3.
Any estimates on when it'll arrive?  If you'd be willing to try out Polytopia and/or Farmville Country Escape on a couple of resoultions, I'd really appreciate it.

4 Amazon say the 21st.  And that's with expedited shipping.

5 It seems to be stuck in customs right now.

I downloaded Polytopia and tried it out on my Nexus 7, and it runs just fine.  So it might be something specific to the Asus tablet, maybe because it's Intel rather than Arm.  I'll certainly try it on the Mediapad when it arrives.

6 The funny thing is that Intel chip makes for a really good tablet...except for gaming.  Web browsing is smooth, it has a pair of front-firing speakers (top and bottom, so you get a good stereo effect holding it sideways) for good audio when you watch movies, etc.  And then totally horrible at 3D gaming.
Fortunately I just picked up an LG G5 for a song ($120 new--one-day sale at Best Buy) and it's a monster.  (And it even has the ability to run games on a per-game basis at a lower resolution if you need it)

Where due to scheduling changes, I am not!  Much as I like being able to work from home, I hope I get a scheduled office day soon.

8 Hey, three days early, congrats!
Are you not allowed to go in on your day off, or will you wind up getting dragged into working if you show up?

10 I find the Nexus 7 perfect for reading, but a bit small for web browsing and email.  And I haven't seen any good new tablets at 7", only cheap models with low-res screens.

11 In spite of the ridiculous price I might've bought an 8" S3.  But I won't pay $600 for a tablet--I'd probably sooner, I dunno, put BlueStacks on a laptop with a discrete GPU.

12 When I found that Samsung S2 is 134 mm wide, the Huawei became more attractive.