Adaptec 1430SA is contraindicated.*
Reinstalling again, with fewer disks.  Feh.
When my usual computer store reopens on January 2 I'll order a few more parts; for now, I'll just have to struggle along with 4TB of RAID-5 and a 2TB backup drive.
Update: Wow, that made a difference.  System is running far more smoothly now.  As in, it's running better now with the RAID-5 resync under way than it was before with the resync completed but the drives on the 1430SA.  Boo Adaptec!
* It works, insofar as the drives are recognised, and I could partition them, build a RAID array, and get everything running, but I'm seeing SATA bus errors too frequently for my liking, where too frequently equals any at all.  Tried swapping the cables just in case, but no dice, so I ended up yanking that card and reinstalling for the seventh or eighth time.  Feh.

I was hoping that a kernel update would enable my spare SATA ports - to which I had attached the Blu-Ray drive and the SSD - but no such luck.  The chip is a Marvell 88SE9172, and it looks like I need the 3.4 kernel for support - and I'm using CentOS 6.3, which runs the 2.6 kernel.
So no dice.
So I went upstairs, dug out my stash of Adaptec 1430SA controllers [snip about two hours of cursing] tied off the loose cables properly this time, swapped out the video card, plugged everything back in, and now I'm reinstalling Linux again.
But now my Blu-Ray drive and SSD work.

A quick BIOS flash or two later, both machines boot, recognise all their hardware, and pass Memtest86.  They both show the RAM as DDR3-1333 rather than the DDR3-1600 it ought to be, but I'm not going to fuss about that right now.
The CentOS 6.3 installer can't see the Blu-Ray drive attached to the secondary (non-chipset) SATA controller, but that was easily solved by attaching my USB DVD drive - which turned out to still have the CentOS 5.3 installer disc from when this happened to me last time.
So, about 60% of the way into the CentOS install on Lina, and then over to Shana to load up Windows 7.
Update: Oops. Well, I get to install it again now, but that's not so bad.

Bugger.
For three years I had access to MSDN through Microsoft's Bizspark program, and could download just about anything - though the number of license keys was strictly limited.  Unfortunately, it ran out just before the launch of Windows 8.
Turns out I don't want Windows 8.  I really don't want Windows 8.  (Not on my desktop, at least; a tablet might be a different matter.)
It's very easy to get Windows 8.  Cheap too.  Windows 7, not so much.  Microsoft don't want you using Windows 7, they want you on Windows 8, which is not a desktop operating system.  It contains a desktop operating system, but it's been flattened and uglified compared to the previous version, and then had a get-in-your-way layer stapled to it.
Anyway, no install disc.  There should be an ISO here somewhere, though.  Not in my downloads folder, that's been backed up and cleared out.  I have an ISOs folder and that has...  XP.  Vista.  Windows Server 2008.  All my old Bioware games.  Many versions of Linux.  No Windows 7.
But for the past couple of years I've regularly backed stuff up and archived off to external hard disks, so it's likely that the file is on one of those.  One of nine.
Currently attached is Iori, the most recent.  Which contains...  Steam.  Lots of Steam.  About a terabyte of Steam.  No Windows 7.
So, grab a drive from the stack and plug it in.  This one is Eimi, thus, number five in the sequence.  Contains backups of my D and E drives not including Steam.  E drive contains ISOs folder.  ISOs folder contains Microsoft folder.  Microsoft folder contains Windows 7.  ISOs folder also contains Windows folder.  Windows folder also contains Windows 7.
Looks like they're pre-SP1, which might be a pain if I need to do this as a full install rather than a backup and restore, but at least I can get there eventually.
Anyway, while I was hunting around, I also checked online to see if you can download the ISO image legitimately, assuming you have an activation key.  And indeed you can.
This page on PCWorld has the details, and this page on Whirlpool has additional info.  You can download any of the Windows 7 versions, with the latest service pack, and you can check the SHA-1 checksum against Microsoft's own records to make sure it's all present and correct.

1 Awww, don't be a Windows 8 hater.  It's a perfectly cromulent desktop OS; at least as cromulent as Windows ever is.
Most people's complaint is O NOES THE START MENU IS GONE!  So?  The screen is almost unequivocally better.  The only substantive drawback I've found--and I've been using it since the dev preview--is that you can't right-click and edit the properties of a shortcut; now you have to find it in Explorer.  But in place of that you have an entire screen instead of a 100x300px viewport to click your programs.

2 Hitting the dictionary to find out what "cromulent" means...

3 A problem for me is that while the metroid interface is pretty neat for a phone or tablet, the metroidised desktop looks like crap.  All the subtlety is gone and the information density reduced with no compelling gain.  The 7 desktop does everything the 8 desktop does, looks better, and doesn't force me out to a full-screen start menu.

4 You remember the old joke about most Windows users only using it to play Solitaire? Seems like Microsoft took it heart, coz the Windows 8 Metro screen looks a lot like Solitaire to me.

I Thought It Was Running A Little Slow...

Only 6750.53, eh? That's not that high. Compared to this, anyway:Can Pixy regain control of the dev server, or is it time to cut losses and hit the reset switch?  Yeah, that's kind of what I think too.

3 A regular cron job was getting stuck and leaving three processes behind every time.  The impressive thing is that even with 34,006 processes, the server was perfectly responsive for most tasks - it wasn't until I ran a manual backup and was only getting 5MB/s that I realised there was a problem.

Then I killed the wayward processes, and that triggered an attempt to send me about 11,000 notification emails simultaneously.  And that is when things really went downhill...

5 This was just the dev server.  I'm not sure what happened to blog access, but it wasn't just you, and it doesn't seem to have been the server.  Probably a network issue somewhere; it was fixed before I could track it down and the server didn't record any problems.

1. Check Raid Management in the admin panel.  This will tell you which drive has failed.  The drives are numbered left to right as you look at the back of the device (which is where the drives are).
2. While the device is still powered on, look at the back.  The failed drive will have a red light.  This is the one you want to swap.  It should be the same as the one indicated in Raid Management.  If not, you're probably doing it wrong.
2a. The other drives will have blue lights.  These are the ones you don't want to swap.
3. Turn the device off.  Wait for it to stop blinking and talking to itself.
4. Unplug power and network (and any other) cables.
5. Use a minus screwdriver to unlock the failed drive by turning the little locky thing 90 degrees widdershins.
6.  Pull the drive out and put it somewhere where you won't get it mixed up with its replacement.
7.  Put the replacement into the empty bay.  It will slide right in.  Don't put the bad drive back in; that's unlikely to help.
8.  Use that minus screwdriver to lock the drive in place by turning the little locky thing 90 degrees deosil.
9.  Plug the power and network (and any other) cables back in.
10. Turn the device back on.
11.  Wait for it to stop blinking and talking to itself.  This will take about two minutes.
12.  Log back in to the admin panel and go to Raid Management again.  You will see that the array is still degraded, but the new drive has a little button against it that says "Claim".
13.  Click on the little button that says "Claim".
14.  Your array will now resync itself.  This will take from 6 hours for a 5TB array to 18 hours for a 15TB array.
15. Enjoy!

1 There are two kinds of screwdrivers: plusses and minuses.

2 Things containing hexagons or pentagons or stars are not screws. They are bolts.

3 You have to power off the entire box to replace a drive?  ooooookaaaaaaaayyyyyyy.

4 How could they have red/green indicator lights if they were powered off? (Did you read it?)

5 My apologies. Apparently I didn't read it.

6 I don't know if it's hot-swap, I should check on that.  But in my case, I did have to power it off, because I had to pick it up and move it to swap the drive and the cable wouldn't reach.

Also, it lies about the time the resync will take.  It lies by a lot.

7 According to the manual, it is hot-swap.  But I wasn't going to count on that when I needed to unplug the unit to move it anyway.

I haven't laughed that hard in a long, long time.

9 I was more impressed by widdershins & deosil (tho I always saw it spelled deisal or deiseal).

"Plus" and "minus" are the actual names of those in some countries.  Searching nihongodict.com for "screwdriver" finds "マイナスドライバー" (minus driver), for instance.

10 Once you've rotated/twisted the minus screwdriver 135 degrees clockwise, is it now a divide screwdriver?

11 @Steven, comment 2: http://en.wikipedia.org/wiki/List_of_screw_drives (I suppose you knew this was inevitable.)
If you touch a plus and a minus screwdriver together, do they annhiliate each other or create a torx driver?

I'm working on a new theme for mee.nu based on Twitter's Bootstrap framework (a nice unified CSS/Javascript platform for doing responsive site desings).

But while I'm a pretty good programmer, I'm only middling as a designer, so I've been hunting for a good Bootstrap-compatible theme I could license and then customise to my needs - and I couldn't find one.  I could find some nice themes that didn't work with Bootstrap (making it harder for users to customise their own sites), and I could find Bootstrap themes that were immediately obviously Bootstrap themes, but nothing that was both based on Bootstrap and also slick and polished and distinctive.

Guess it's that time of year.  Or... Something.  Any one of these themes would do the job, and some of them come with stacks of features that will save me weeks of work (and months of elapsed time, since I don't get to spend as much time as I'd like working on Minx).

I've bought basic licenses for all five (that's pretty cheap to do) so that I can play around and do some site mockups, which I'll post here for comment.  Expect to see that this weekend.
Once a favourite is selected, I'll buy a more expensive "extended" license that allows me to repackage the theme into Minx.
And then it will be shinies all round. 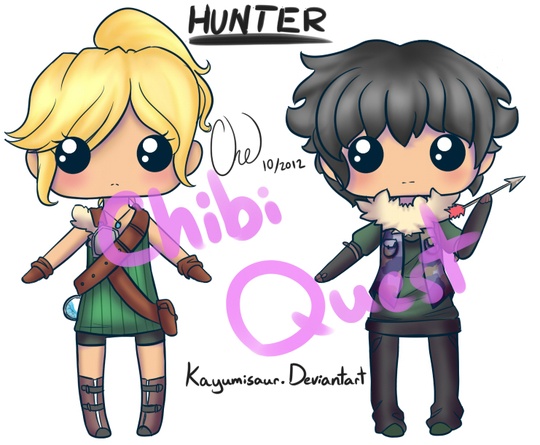 I has a caption?

It's out, and the big question is, does it suck less than the previous versions of iTunes?
No.
Edit: One thing, it actually managed to download my lost first episode of Dr Horrible's Sing-Along Blog.  Bought it on iTunes a while back, and iTunes stuttered, choked, and eventually died trying to actually play it, and upon restarting I discovered that it was utterly convinced that I both did and did not have episode one, such that it would neither play the file nor download it.  At least that's fixed.  iTunes 11 still sucks otherwise.