The other Akko arrived - my shiny new Huawei Mediapad M3.  Two weeks in transit, two weeks sitting on my desk at the office because my office days got rescheduled, then a week when I was too busy to do much with it. 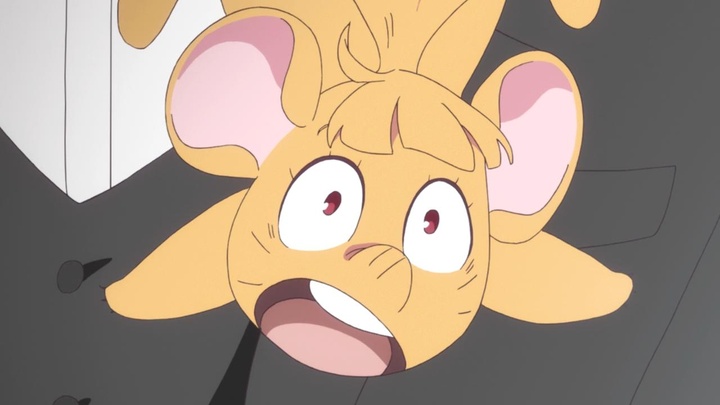 Artist's impression of Pixy's week.
I'm planning to do a full review, but first some quick reactions and test results:
It's basically the same size as my Sony Z3 Tablet, which I would have been happy with except for the constant irritation of only having 16GB of storage.  The Mediapad has 64GB of storage (52GB free out of the box), a 2560x1600 screen (vs. 1920x1200), and 4GB RAM (vs 3GB).

I added a 200GB Sandisk SD card for $70; larger cards are available but at a significant premium; the 256GB model is $150.  Huawei only advertise support for 128GB cards, but the 200GB card works perfectly.
Like Sony and Samsung, they've disabled Android 6's adoptable storage, which is a jerk move, but doesn't cause too much harm when the device itself has so much space.  I installed everything, and I still have 26GB free.
The screen is excellent.  It comes set to "vivid" mode, with over-saturated colours, but you can easily disable that, as well as setting the colour temperature to one of three pre-sets or use a colour wheel to adjust it to anything you want.
The fingerprint scanner takes a little while to set up, but once that's done it's fast and accurate.  It also has some clever tricks that I'll discuss in the review.
Performance is very good - not astounding, but very good.  I'm running Antutu and Geekbench  on all my devices and I'll fill in the scores as I go.


It feels quite noticeably zippier than my Nexus 7 (as you'd expect when comparing with a device from 2013); the various minor delays and UX hiccups of that tablet are nowhere to be seen.

Huawei's EMUI Android skin is...  Not all bad.  I installed Nova Launcher, of course, so the only changes I still see are the notifications and the settings panel.  The changes to the settings panel are kind of dumb; storage and battery-related settings are hidden away under "Advanced", for example, and it's hard to find things generally.  The changes to the notifications panel are mixed, though I'll be happier if I can find a way to use a light background.
Overall I'm quite happy with it, and would likely recommend it to anyone looking for a small 16:10 tablet.  It is still running Android 6.0, and the oft-rumoured Android 7 update is nowhere to be found, so if that's an issue for you you'd best look elsewhere.

Full review will probably land next weekend, as I expect another busy week before then.
* I tested all devices with the latest version of Antutu.  If you look up the score for the Nexus 7 online, you will likely find a much lower number - around 20,000 - because the Antutu benchmark has changed since 2013.

1 Please test games, especially some that are resource pigs!

2 So far I've tried Tiny Rails, Idle Heroes, and Polytopia.  All seem to work just fine, except that there's a click on the audio when Polytopia starts.  I haven't heard that with any other app, and it doesn't happen once you're playing.

None of those are really resource pigs, but I have Final Fantasy 1 through 6 loaded up so I can try those as well.

3 That's good to know.  I mentioned Polytopia ran like molasses (it's almost literally a slideshow!) on my Asus, which seems to have developed some kind of derangement:  every once in a while it'll decided to shutdown, but then it hangs and runs the battery all the way down so low that it dies, and then it needs to be charged for like a day before it will turn on.  That can't be good for the battery.
The only other game I play regularly is Farmville 2: Country Escape, which, maybe because it's a Unity game, is a massive resource pig, and lags noticeably even in midrange phones like the Moto G4 (but plays OK on the LG G5 and Nexus 5X).
Regarding the games you mentioned:  I've decided that, if I had a time machine, rather than killing Hitler, I'd go back and dissuade whoever invented slow RPG speech, by any means necessary.  Also, why do Android game devs hate showing screenshots of their games?  Do iOS devs do that, I wonder?