Well, no crashes in a week.  The problem seems to be isolated to Chrome 40.0.2214.115 32-bit with hardware acceleration enabled, plus something specific about my combination of Windows, my Radeon HD 7950, and its drivers and / or firmware.

Which is good, because this is my primary machine for work, and I typically have about 15 apps and a total of 100 tabs open at any given time, not to mention a couple of Linux virtual machines each with their own sets of applications.*
Having it crash every day is like trying to build a house when once a day, bam, all your tools and supplies and whatever you were working on in the last hour suddenly scatter themselves all over the lot.  The fact that nothing is broken and you can pick everything up and start again is beside the point; sooner or later you are going to say to hell with this and take up a job farming potatoes.
* That's why I bought a system with 8 cores, 32GB of RAM, and a 960GB SSD.  The Radeon 7950, though, that was for Mass Effect.

1 I've noticed some rendering artifacts in Chrome, some very severe, on a few ad laden sites recently. Then, poof, the rendering artifacts have disappeared. I wasn't sure if it was the ads, the site itself or Chrome that was corrected. Given your problems, I'm starting to suspect Chrome.

2 Chrome messes up Instapundit if you have scaling enabled - which I do, since I have a 4K monitor now.  Not badly, but it's obviously wrong and works fine in Firefox.

A Farewell To Chromes?

TL;DR: It seems that some combination of 32-bit Chrome 40.0.2214.115, Chrome's hardware-accelerated rendering, AMD's graphics drivers, and perhaps my early model HD7950 BIOS had my computer crashing constantly last week.  I turned off Chrome's hardware acceleration and installed the 64-bit version, and it seems to be stable now.  Even loading up 16GB worth of tabs (one of the pages of this blog uses 1GB, which is handy to know but painful to trip over) and then closing the whole window at once didn't faze it.

I've been using Kei (my new PC) since January 2 (though the individual components are a lot older than that).  For six weeks it ran fine (ignoring all the reboots for updates), but then last Monday I arrived home from work to find that it had crashed.
Tuesday, it crashed again.
Wednesday it crashed again.
Thursday it didn't crash.
Friday it crashed twice.
Saturday it crashed when I wasn't even using it.
Sunday it crashed.
And so today, before I left for work, I fed it a CD containing Memtest86 and left it to run.
Got home just now, and it had completed 3 test cycles with no errors.  (It takes quite a while to run the full test suite across 32GB of RAM.)
That's a relief.  The predecessor to this computer's predecessor - Haruhi - had memory problems and slowly corrupted the contents of its disks over the course of several months; I ended up having to replace the memory and do a complete reinstall of Windows and every application.  Almost anything is better than faulty memory.
It randomly freezes solid, sometimes leaving half the screen blue.  No BSOD, doesn't reboot, just locks up solid.  At least twice when I was closing tabs in Chrome.
Google Google....
Other people have reported issues with Chrome acceleration on Radeon graphics cards.  I haven't done any hardware changes since I got the darn thing to boot, and I haven't done any software or driver updates recently, but Chrome updates itself all the time.
At least two of the crashes happened when I was interacting with Chrome.  I always have Chrome running; it's my primary browser, and I use it for mail as well.  Closing a tab has two main effects: It frees up a ton of memory (pointing to a possible memory issue) and it clears out a hardware accelerated graphics context.
If the memory is reliable enough to sustain a 12-hour torture test without a single bit out of place (which it should be, of course) then it's extremely unlikely to be the cause of so many crashes.
Which leaves...
Et tu, Chromium?* 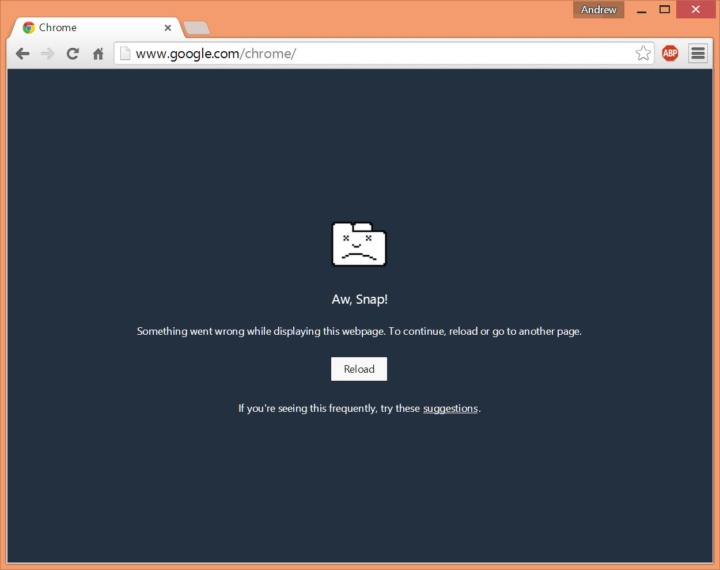 You might want to get that looked at...
* Chromium comes from chroma, which is Greek, not Latin, so I have not the faintest clue what declension it is or what form it takes for the vocative case, and more to the point, nor does anyone else.

1 I don't even know what "vocative" means!

2 "vocative" from the latin "voca" which references "living la vida voca" and "tive" which means nothing at all.
Thus, "vocative" -- an annoying latin song about nothing (useful) at all.

3 A vocative case therefore, is the record album cover containing said song.  And with that, I need to refill my flagon of korean soju and continue spamming my favorite sites with silliness.  Except Chizumatic, of course.  That one is for serious stuff only.  And fan service. Mostly fan service.

I learned something new about USB 3.1 today.
The major points to know about this new version of USB are as follows:
The new point is a little less significant, but still nice.  USB 3.0 uses what is known as 8b/10b encoding.  To send 8 bits of data over the bus, you encode it in a 10-bit pattern.  This is a more sophisticated form of the start bit / stop bit / parity on old serial connections.  But it does mean that 20% of the bandwidth is used up by the encoding.
USB 3.1 supports a much longer and hence more efficient pattern - it encodes 128 bits of data in a 132-bit pattern.  That improves efficiency from 80% to 97%.
In effect, USB 3.0 can transfer 500MB of data per second before protocols and error correction.  USB 3.1 can transfer 1200MB per second.
Which makes it fully twice as fast as SATA 3, and offers a much smaller connector than the hideous SATA Express.  Plus one cable carries both data and power.  Plus it's easy to create a USB hub to get more ports.
I'd like to see internal drives switch entirely over to USB 3.1, with the exception of PCIe x4 M.2 cards with NVMe.
Video is not as cut-and-dried; USB 3.1 can carry a DisplayPort 1.3 signal, which is the highest-speed consumer video standard - but only over a 1 metre cable, which just isn't enough to be practical.  It can carry DisplayPort 1.2 for 2 metres, but that limits you to "only" 4K@60Hz.  So DisplayPort / Thunderbolt cables still have a role there.

DisplayPort 1.3 has been designed to carry USB 3.0 in addition to video, though, so you still get USB everywhere.