I Think I Just Dodged A Tactical Nuke

Sakura, the third server in the mu.nu cluster, used for offsite backups and for offloading some sites during the election overload, just dropped dead.

Now the two main servers, Aoi and Midori, do daily backups and then exchange backup files.  I'd intended to apply that to Sakura as well, but Sakura went live about the time I went insane, and it never happened.

The first sign of trouble was earlier today, when Protein Wisdom started running slow, and then stopped entirely.  I logged in and poked around a bit, but couldn't see any problem.  Restarted Apache.  Ran a check on the database.  All fine.

Took a look at the system log.  Reporting 6 bad sectors on the disk.  Okay, that's not great, but not the end of the world.  I'll take a backup, copy it offsite, and get them to replace the disk.

Start the backup to the second disk, and everything's fine for a few minutes, and then it's nothing but I/O errors.  Uh-oh.  The system disk has gone offline, taking with it the databases and the operating system.

I'm still logged into the server, mind you.  But I've lost /bin, /usr/bin, everything bin.  What still works?  Well, let's see.  I have cd.  I have echo, because that's built into the shell.  And I have cat.

And that's about it.

And using cd, echo, and cat, I managed to rescue the main Protein Wisdom database from a disk that I couldn't access, because the entire thing was cached in RAM.

The reason why I only almost dodged the nuke is that it came up with a bunch of I/O errors, and I thought it hadn't worked, so I had tech support reboot the server.

Mistake.  The server wouldn't boot from the drive, so they had to replace it.  They put it in an external caddy, but it still wouldn't recognise it.  So all I had was a corrupted backup of one database.

But I was able - thanks to myisamchk and repair table and a spare copy of the Wordpress database structure - to rebuild that database and merge it into the last off-site backup.

If I hadn't rebooted at that point, I might have been able to do the same for the other databases.

And then I got a call from my business partner.  He had a site - a business site - hosted on that server as well.  And I'd just lost all his data...  Except not, I realised, after my blood pressure had hit 180/140.  He's running a hosted app that was linked from the site he has on that server, so all he needed was for me to restore the static content of his site, which was backed up safely.  Twice, in fact.

The third site on there wasn't so lucky, and lost a couple of month's data.  Fortunately, it's a less busy site, and a couple of hours spent trawling Google's caches let me dig out most of the missing posts; the site owner will just need to cut-and-paste those and re-load the associated media files.

I just spent five solid days - as in, 120 consecutive hours - panicking about the servers at my day job.  And the minute I get that fixed (and in the end, a lot better than it ever was before) and everyone is happy, boom!

And now I'm dead.  I'm so dead my deads have dead on them.  I hadn't even been grocery shopping for two weeks, until I hauled myself up the hill to the shops just now at 8:30 on a Sunday night.

I need some Popotan.

1 that would suck to lose all your old posts.  that happened to me before, and it took me weeks of working around the clock to restore them all!

3 So am I Pete, though it drives me crazy at times.

The good thing about my day job is that I'm doing some pretty advanced stuff with MySQL and SSDs, and doing some fancy server configurations, so I'm learning new stuff about Linux as well.

The bit that drives me crazy is that it's my job to deliver 24x7 operations on a pre-beta application.

4 Comrade Tovya - yeah, only this is worse, I lost someone else's posts.

If you lose your own stuff, it's sad and annoying, but you kick yourself for being an idiot an not doing/checking your backups and you move on.

When you lose someone else's stuff because you forgot to do something that you know you have to do, well, you really feel like a jerk.

6 It's not that far to the shops, it's just I haven't had any time.  But I don't know in advance that I won't have any time, and don't know when I'll be home, so I end up living on stale Saladas and tinned peaches.

I tried home delivery of groceries one time. I have no idea whether it would be the same for Pixy, but it wasn't too bad.

However, delivery was scheduled for a 4 hour window during banker's hours and I had to be here to receive it. That's no problem for me; I'm always here anyway. But as busy as Pixy is, I don't think it would work. It'd take less time for him to go to the store, plus he could do it in the evening or on a weekend.

8 There needs to be some sort of proxy device that would allow you receive/inspect things while not at home.

Midori is easy cuz of the licquor, which is green.

Yes, the three current servers are blue, green, and cherry-blossom-pink.

They'll be replaced next month with Akane (crimson) (from Ranma, of course) and Mikan (orange) (from Gakuen Alice).

The server naming convention is "female leads in anime whose names refer to colours".  And for the main server cluster, they have to also start with A or M.  So next two after Akane and Mikan are Ai (indigo) (Popotan) and Momoko (peach) (Sumomomomomomo).

Virtual servers are, of course, named after the supporting female cast of the respective shows.

They bumped House for an address from the Campaigner-in-Chief?

1 The man deserves to be strung up by his tender bits for that!  Thankfully he didn't go too far into 24.  There would have been an uprising....

The Ping module has been coded and backported to 1.1, and is in testing.

Trackbacks are fairly simple in principle, until you get to autodiscovery.

With autodiscovery, I have to -
Bleh.

1
How far north are the fires?
How far south are the floods?
I'm guessing by the level of desperation and fear in your post that they are canceling each other out near Sydney.

(Which is a good thing to be sure)

2 There are some fires in Sydney's northern suburbs, a few miles from where I live, but they're small and under control.

The floods are a long way away, fortunately.

3 Very glad to hear you aren't being chased by flames.  We've had to deal with too much water far too often so I'm glad you're well away from the flooding too. Whew.

The new edition of Minx is working!

Okay, it's still in internal alpha testing, but after I ripped out its internals to provide for some of the major new features (scripting language, API support, safe third-party applets) it's been kind of broken for a while.

Now it's working fine, and seems to be at least close to the speed of 1.1.  I can optimise the common cases of my new tag dictionary class, which is very heavily used; that should help things along.

But I just noticed that recent comments aren't working on 1.2.*

Based on the work I've been doing at my day job over the past year, I do have some neat ways to potentially speed up the query side of things (and reduce the number of queries).  But that's only one third the total time, so Amdahl's Law applies in spades.
* Doh!  It's that blasted cross-referencing indexy thing I implemented.  Efficient, yeah, but if the cross-reference table is empty it don't work.  And if the cross-reference table isn't accurate, it don't work right.  I'll have to find - or rewrite - the code to rebuild the index, but at least I know it's not a bug.  As such. 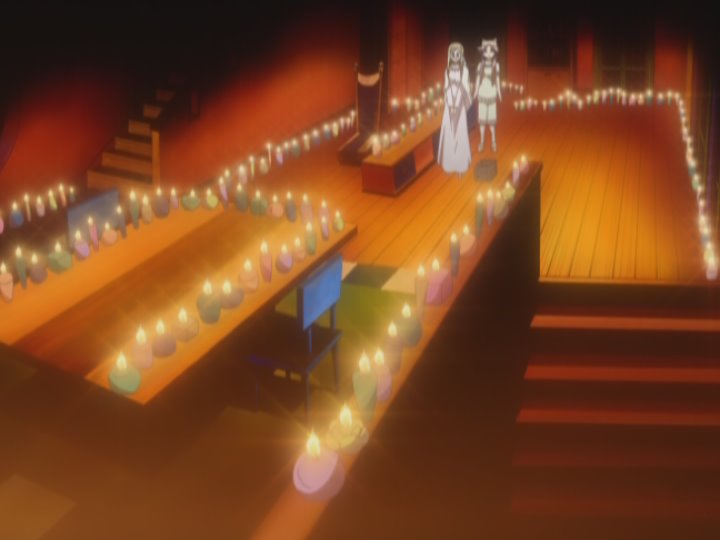 2 Okay, that's really weird.  The mt_comment table isn't marked as crashed - we'd have noticed that instantly, because everything would have fallen over.

I'll see if I can work out what's going on.

3 I'm more and more glad that I decided to require registration for comments. I haven't had a single spam comment.

4 I think it's the content of the comments--they are weird characters/symbols. The blacklist will work for the most recent spam comments, but I get that error message for the older ones (when I search higher numbers of comments). Munuviana had about 3000, and I've been deleting them post by post. There's about a thousand on PP that I haven't gotten to, because it's darned tedious!

What is the damn link to the damn white paper for the .nu domain?

7 No luck fixing the Blacklist so that it will zap that spam?

8 I did manage to reproduce it, so I'm running a table repair now.  Should be fixed in a few minutes...

9 There you go, all fixy-uppied.

10 Yay! Thank you so much! I had to go back sixty thousand comments to get it all, though. We really must have gotten hit these last few days....