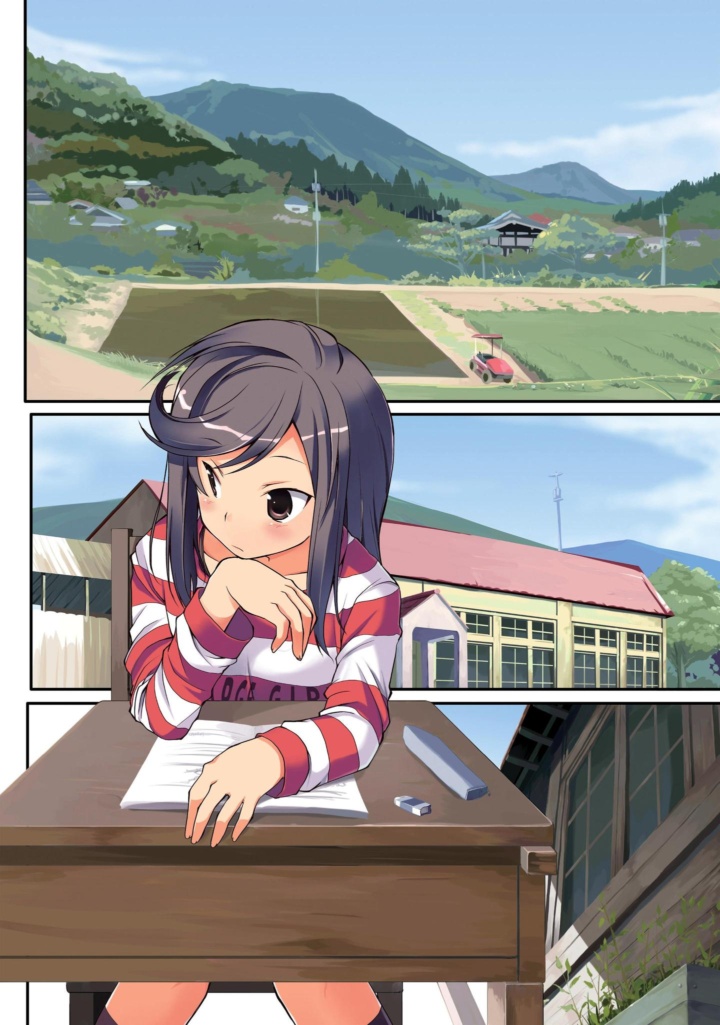 A colour page from the Non Non Biyori manga.  The anime is entirely faithful to the manga (as far as I've read) in art and story, but rather less so in chronology.  The second season of the anime isn't a sequel (or prequel) but more of an equel - it goes back and picks up chapters of manga that the first season skipped.

Each season of the anime covers one year, but it's the same year: The second season starts a day before the first and ends a day after.  There's about four volumes of new manga since season two, so maybe a third season will continue from there.

This one is strongly recommended if you're looking for warm fuzzies.  The most dramatic moment in the whole series is when the girls are out picking berries and get mugged by a squirrel.
Having run out of Non Non Biyori I checked out a few turkeys (No Game No Life, the new Boogiepop, Renai Boukun) and settled on Amaama to Inazuma.

Update: I've been bamboozled.  It's not slice-of-life, it's a cooking show.

Disclaimer: Well don't do that then.

1 It's not slice-of-life, it's about a life of slicing! (It's also warm fuzzies though.)

2 I liked NNB and Rin-chon so much I shamelessly inserted a form of her into my books.
https://www.amazon.com/gp/aw/d/B01M0YSA8C/ref=dbs_a_w_dp_b01m0ysa8c