I previously wrote about this series back in January, and then a spaceship crashed on top of me and I died.
Or something like that.
Anyway, I just finished watching it, the first series I've finished since, I think, A Channel last October.  It's been that sort of year.
So, inconvenient spaceship collisions aside, what about the show?
It's pretty good.  Enjoyable.  It's a slow-moving nostalgia warm-fluffy one-hanky piece (has to be some drama involved) with cute girls (the boys are outnumbered eight-to-two among the regular cast), lush rural scenery, a weird little mascotty thing, and railcars.  So all the essentials are covered. 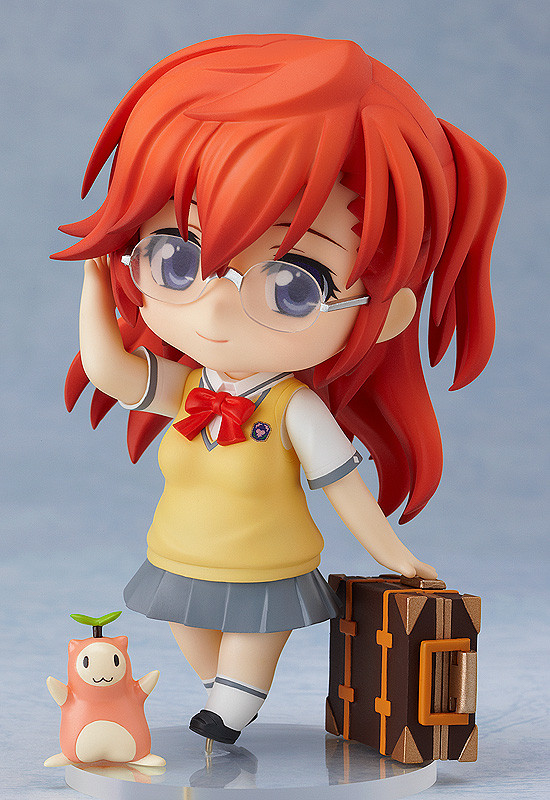 Not much in the way of any actual plot, though.  That's not necessarily fatal; A Channel skated by on charm and won my heart.  Ano Natsu de Matteru is...  Well, it's nice.  It's a pleasant watch.  It's not going to set the world on fire, it's not a classic for the ages, but it's well-crafted and enjoyable, with some genuinely funny and surprising moments.
The ending doesn't try to resolve everything, but it does provide closure; I found it satisfying.  Watching episode 12 I couldn't remember if it was a 12 or 13 episode series, but no, that was it, no episode-long coda.  (Not that I would have minded.)
So recommended, yes.  You don't need to put it on the top of your watch list, but just the thing for a rainy weekend.
Three out of four little mascotty things, the same as I gave it originally.
Update: Steven took a look, and it pegged his angstometer.  So be warned on that respect.

The 5-person (!) love scrum was a bit artificial, but hey, it's all in good fun.

Also, you know what? The "old" Mio was way more moe than the "new" one. If I were in Tetsurou place, it would disadvantage her, ironically. I'm not talkig about the haircut specifically, but actually yes, that too.