Glitter Force is not a "Netflix Original".  It's a bastardised version of season nine of Pretty Cure.
Speaking of which, Pretty Cure is up to season 13 with no signs of slowing.  Unfortunately only the first season is worth watching unless you're a girl between the ages of five and ten.  With the second season they narrowed their target audience, and since then their targeting has become laser-precise.  But on the fourth hand, the franchise is a massive commercial success, so I can't exactly blame them for that.
Season one - the real Pretty Cure - was directed by Daisuke Nishio, who also directed the little-known Dragon Ball and Dragon Ball Z.  It's a lot more action-oriented than the later seasons, and that would go a long way to explain why.

I've never watched any of Pretty Cure, but I had the impression that each season had an entirely new set of Cures, replacing the previous set. Is that right?

At this point the alumni number something like a hundred; I saw a fan picture of all of them and it was immense.

2 Also, wasn't there a movie that brought all the older Cures back together again?

3 Of thirteen seasons, I think only two directly continue from the previous season; all the rest switch out the entire cast.  (Season two has the same cast as season one, but isn't nearly as good.)

And yes, Pretty Cure All Stars brings the casts of various seasons together.  Not just a movie though - there's nine or ten of them, plus thirteen movies with just the cast of one particular season.  This thing is huge. 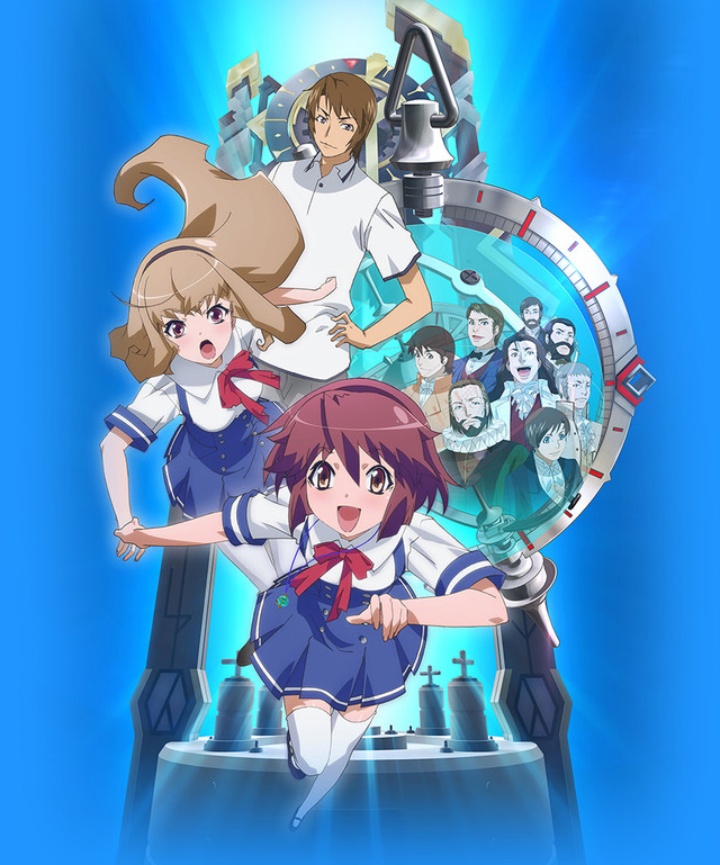 Come on.  Everyone should know by now that you don't use a defibrillator on someone who -
Wait, he's specifically in ventricular fibrillation?  Very well, then.  You may proceed.
Update: "If taking back his opinion would set him free, why doesn't he just do it?"
"I'm sure his pride as a scientist is at stake."
While discussing Giordano Bruno.
Update: Wait a minute! Did they just create a four hundred year stable time loop using only whipped cream, sponge cake, and a magnetised needle stuck through a cork?
Update: And to top it all off, a practical demonstration of the Curie temperature of iron, which I've never seen done before.
Update: "Did they just create a stable time loop with a cake and a compass needle?"  Yes.  Yes they did.  This series is about three things: The electromagnetic force, stable time loops, and cake.  Works better than you might expect.

I love the music in the promo.  I don't know where it's from, or if it was written specifically for this series.  It's not the opening theme, which is below, or the ending, which isn't available on Youtube.  But without spoiling anything, it is used within the show when the situation calls for it.

I know I just said it wasn't on Youtube, but I finally found it by searching for MariWaka rather than Time Travel Girl.  (The full name of the show is Time Travel Girl - Mari, Waka to 8-nin no Kagakusha-tachi.  Mari and Waka are the two girls in the picture above.)
I'm enjoying this more with every episode.  Recommended.  Streaming on Funimation and (in Australia) AnimeLab.