My Little Zombie Can't Be This Cute

What?  No, I mean seriously, what?  Spectacularly uneven show, a mishmash of romantic comedy, slapstick comedy, drama, tragedy, horror, harem, and fanservice.  While it pulls off most of the individual elements pretty well, the whole is about as cohesive as a sack full of angry raccoons.
And worse, while it's clear that no-one involved had any idea where the story was headed, the events within the story are tiresomely predictable.
On the balance, I rate it two little zombie kitties out of four.
My usual sources, THAT and Sea Slugs, didn't touch this one, but Random Curiosity provided full (and warning, spoiler-laden) coverage.

A trap in full gothloli costume gazing rapturously up at an industrial rice polisher?  Moyashimon has Returned. 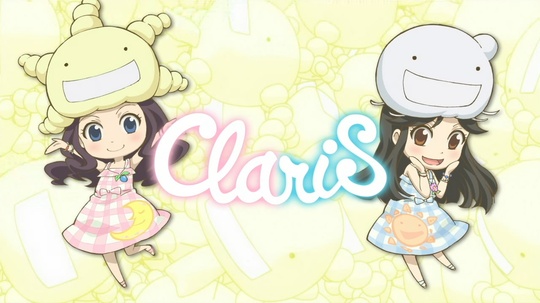 1 Your most recent spammer is a registered user, under the name "pandora". I got one spam by him, and have banned him.

Kokoro Connect.  This is the one that looks just like K-On! only with boys* as opposed to Tari Tari, the one that sounds just like K-On! only not with boys.
First episode was pretty good.  If it continues this way, as a character-driven series circling around the McGuffin, it could be a standout, because the characters are generally quite engaging.
Music and animation are decent enough, if unremarkable.  The character designs are fine, as are the voices, particularly Miyuki Sawashiro as Inaba.  (She played Celty in Durarara!! and the landlady in Hidamari, so it's another unexpected but oddly perfect voice in the line of last season's girl-shaped space bee.)
So I'll be watching this one - assuming I don't end up dead again, which is not a given.
Now, when does Moyashimon Chronic start?  Huh, Miyuki has a role in that too.  Wait, it's already on?  Why does no-one tell me these things?!

The Nargun And The Pop Stars

For a rock, that thing has a wicked sense of humour.
Natsuiro Kiseki.
(THAT, which has a talent for this, titled the show Magical Rock Trolls Four Girls.)