For about a year, I've been looking for themes to license for mee.nu.  I need a blog theme and a control panel theme*, and I need them to be clean, easily integrated, and based on a robust framework Bootstrap rather than some random assemblage of PSDs.
Themes like this are readily available and typically cost $10-$20...  Per web site.  Extended licenses for developers run into hundreds or thousands of dollars.  About this time last year, I found a blog theme that I was pretty happy with, and then, before I could actually buy the extended license needed, the store selling it change their license terms so that I couldn't use it anyway.**
Anyway, last year was kind of a mess and little progress was made.  Last week I was poking around the theme stores again, and I found this little puppy: 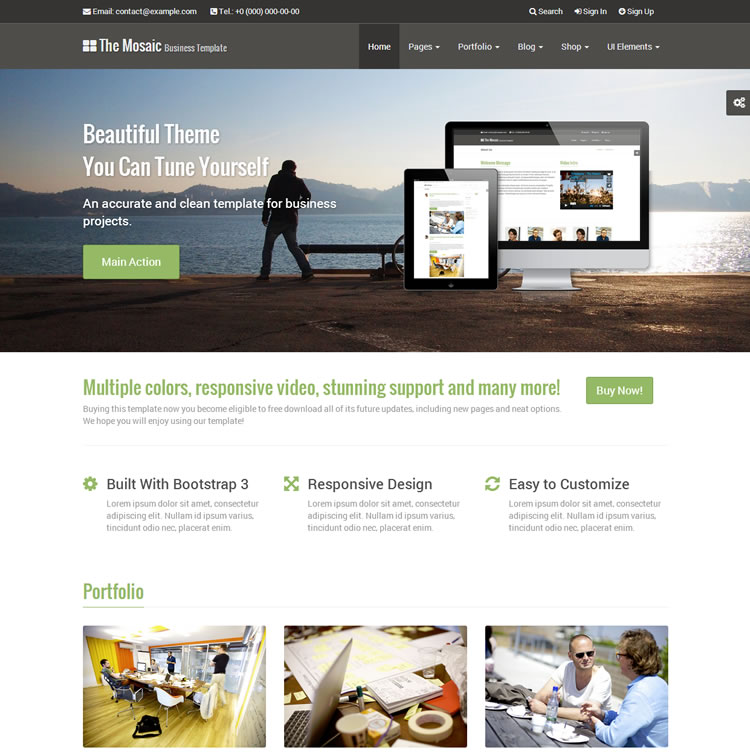 Nice, clean, simple design.  It had only been out a couple of weeks and had already had an update adding new features.  It had the double menubar I need (so that I can have a mee.nu menu and a site menu), and a good selection of page templates.
And it cost $100.  For the extended license.  The one I'd been looking at last year was $850; others have been well over $1000.
So I bought it.  It's called The Mosaic.
It will take a while to transmogrify it into the new mee.nu theme, but right now my version looks something like this:

I still needed a control panel theme.  Again, there's no shortage of these, but they cost $500 and up.  Sometimes very up.  Except on the same day I found one called Lanceng. which wasn't quite what I was after and would take some work to tidy up (it's a bit noisy, visually), but was $50 for the extended license: 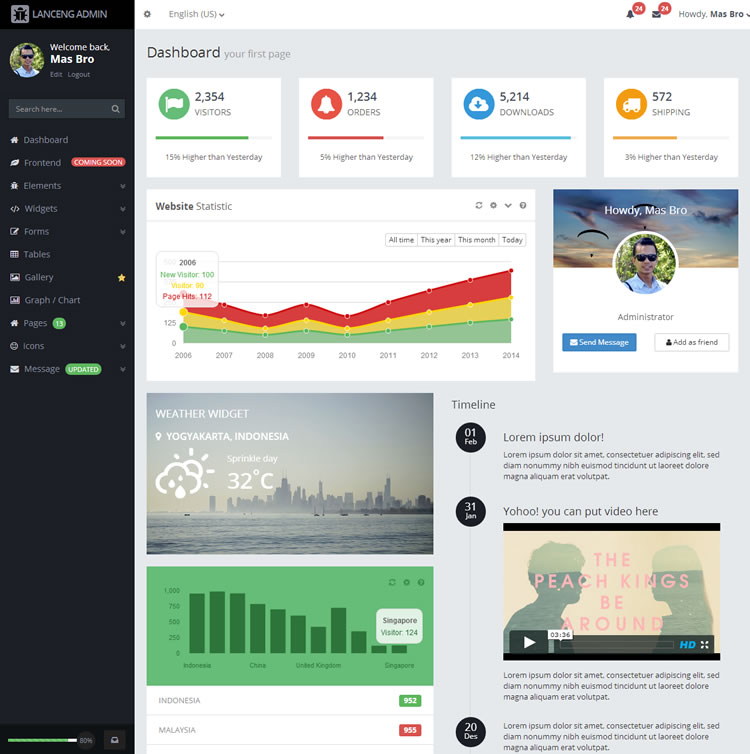 So I was set.  And then, last night, I found SpaceLab, visually clean and $100 for the extended license: 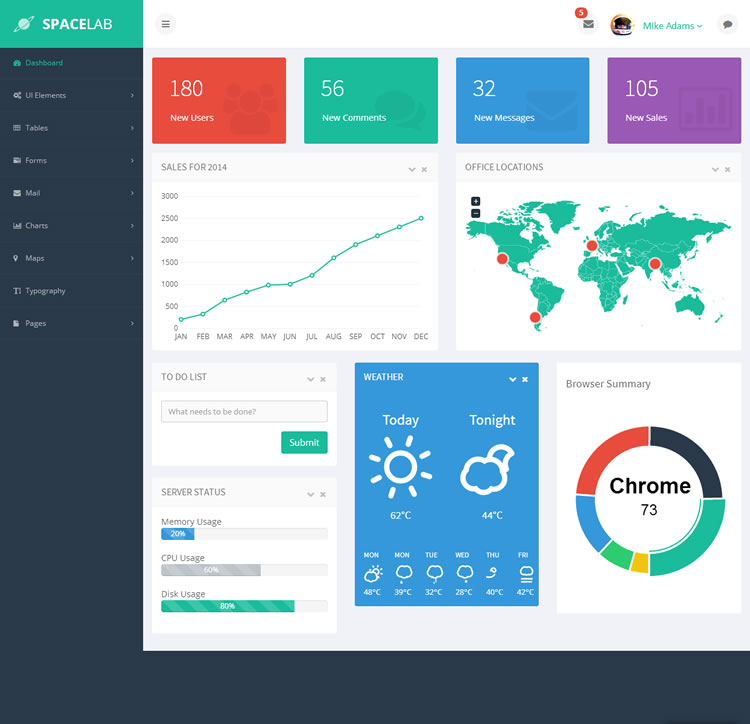 Now I'm set.  I just need to smoosh them all together somehow...
* And maybe some others, but that's the basics.
** They originally had a clause specifically allowing online services like mee.nu.  They replaced it with a clause specifically disallowing online services like mee.nu.  There's a loophole in the new terms that I could wriggle through, but I'm not interested in going there.

1 If you want to use The Pond as a testbed... average user, decent number of visitors, etc... let me know!