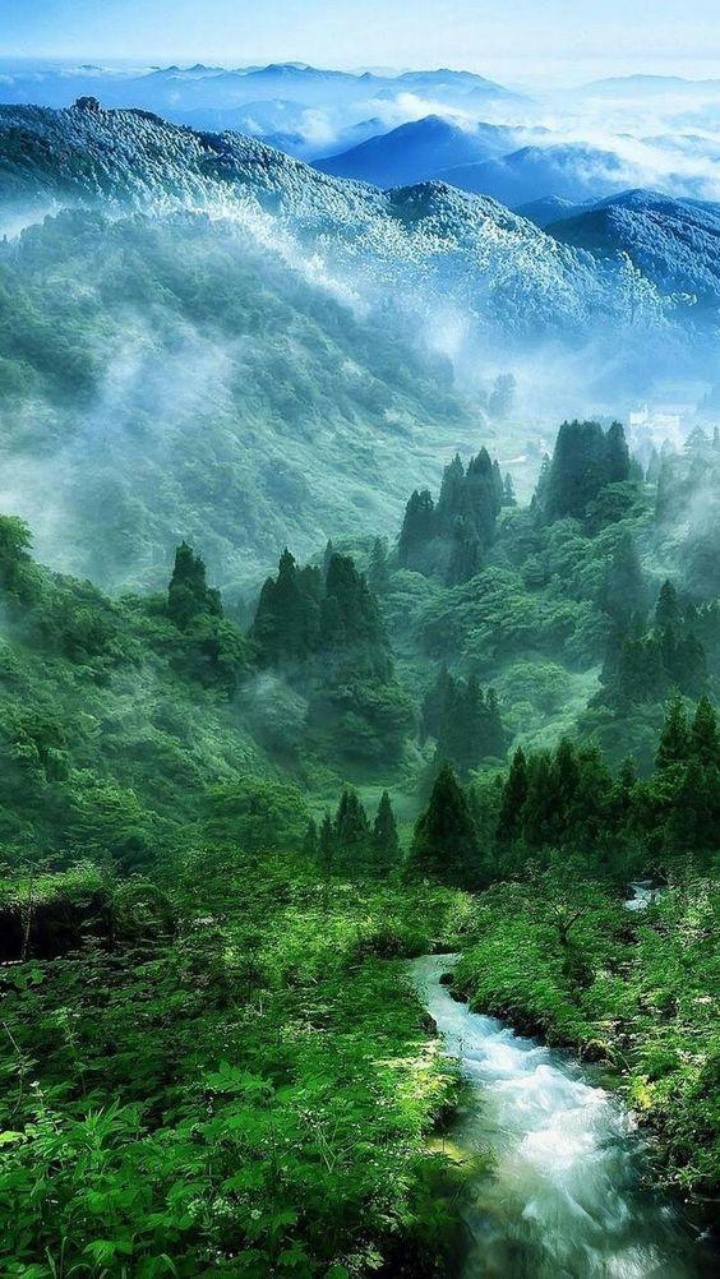 1 NextWeb link is to the wrong article, correct article is https://thenextweb.com/syndication/2019/02/18/how-i-got-banned-for-life-from-airbnb/

2 Thanks.  They do one of those things where if you scroll to the bottom of an article, it loads the next article and changes the URL.

3 Yeah, I hate that.  Screw infiniscroll.

4 I thought it was Nitro-9 that Ace was not carrying.

5 She's definitely not carrying any Nitro-9.  She's a good girl.

Until she gets her hands on anti-tank rockets.

I need to pop my copy of Remembrance of the Daleks into the player again.  Definitely my favorite Sylvester McCoy story, and surprisingly had a follow-up short story that was published in the official Doctor Who magazine.

Jasmine Breaks, who played the little girl in the serial, does have a surprising amount of popularity among fans given that she only appeared in Remembrance.  Based on the photos of her from 15 years after the serial, she has become an attractive and beautiful lady.

Also, Remembrance writer Ben Aaronovitch use to be interested in the Traveller RPG, which was discovered one day when he mentioned, on the Traveller Mailing List, of the time he worked on Doctor Who...

Disclaimer: Objects in the mirror are actually behind you.

1 Looks like some garbage crept into your ZDnet URL.

3 "Google then "clarified" its plans."

What a shock, right?

What's going to happen, probably, is that people who are knowledgeable will go back to a model of using external proxies like Proxomitron, which is actually probably better, as doing it that way you can block a lot of requests from even making it to the browser.

4 "A May 2018 study from the same Ghostery team found that pages tend to load up to twice as fast when using an ad blocker."

Yeah.  When a page loads in 3 seconds with an ad blocker enabled, vs 20+ seconds without the ad blocker, because there's so many trackers and ads and autoplay videos and so on, people will not care in the slightest about a little performance hit to the adblocker, because it's vastly overwhelmed by the perf gain from not running all that crap.

5 I just switched my router to hand out a Pihole server for DNS (which, being an actual Raspberry Pi, will soon also be a stratum 1 NTP server). I still need an on-device ad blocker for when I'm not home, but blocking crap before it reaches the browser speeds everything up.

I do kind of miss some of the old Privoxy features like de-animating GIFs, but maybe someday the browser makers will treat them the same way they're starting to prevent video autoplay.

6 All that's happened with autoplay is all the sites switched to starting their videos muted. I've seen it happen on a bunch of sites recently, including (most annoyingly) Anandtech, who got bought out a while back (IIRC) by the people who own Tom's Hardware and added the same "insert a video into the middle of each page of a story" thing that made me adblock TH in the first place.  (I was letting TH play ads until they added that video.)

7 I adblock by default these days.  Many sites are unusable otherwise.

I was giving a couple of bucks a month to a bunch of sites I value, but then Patreon screwed that up, so right now they get nothing.

8 Every once in a while I see the browser of someone who's not using a blocker. Holy crap, what a nightmare! Once I get my ntp/pihole combo working, I'm thinking of buying a few for the office and making them the name servers for our desktop/wireless vlans.

9 I adblock by default, too.  I whitelist a (very) few sites, like HardOCP, and I run one browser without any adblockers, for compatibility issues.  A few sites, like Anandtech, I used to read in the nonblocking browser...until they put that video in.
I'm thinking Google won't change their video-block policy to block all autoplay videos, so in the end it will be effectively useless.

10 I should try out Firefox again, they've got a new autoplay blocking feature.

Disclaimer: 40 inches of snow are expected across the lower 48 states, though some areas may get less.

Disclaimer: There is NO disclaimer.

Disclaimer: Reading or responding to this article may constitute precrime, thoughtcrime, or other malfeasance punishable by unpersoning in some jurisdictions.  Before considering reading or responding, please check if your country has turned into an Orwellian police state.

1 "only counting prepaid customers who are actually paying for a service"
LOL!

2 A53 cores are great for web browsing, reading email, Facebook, blah blah blah:  the basics.  I have a Moto G5S plus, with 8 A53 cores, and it's perfectly cromulent for that stuff.  One problem is that they tend to be paired with fairly weak GPUs (my phone has an Adreno 506) so scrolling isn't always perfectly smooth, and gaming performance isn't really great in 3D.
For something like a Pi-type computer it sounds great.  I have been leaning towards standing up a Pi Hole or pfSense router for some time now, and something with specs like this might work really well in that role, although you'd probably want at least one more NIC.
Oh, wait, this has A73s as well, and a honkin' big heatsink for heat dissipation.  Sweet!

3 Re: the Verge:  not only are they filing takedown notices, but those notices consist of almost-certainly-fraudulent copyright infringement claims.

4 Oh, good news--the article you linked had new information beyond what I'd seen, which is that not only did Bitwit get his copyright strike removed, but YT took the fairly unusual step of  telling the Verge some of their copyright-infringment claims "may not be valid".

5 Yes, YouTube comes out of this one looking good.  Vox / The Verge not so much.

6 I keep forgetting The Verge is part of Vox--the same Vox that told us there was a bridge between the Gaza Strip and the West Bank.
Google keeps throwing stories from Verge into my newsfeed, but after yesterday, I threw them out of my feed, because they're a trash site anyway, along with Polygon (which I just now learned is also part of Vox.)

7 BTW, the article you linked mentions way at the bottom that just before this takedown was sent, Verge had an article about the scourge of false takedowns on YT.  Their commenters let them have it.

8 Oh yes.  I linked to a story about that - a week earlier on Bleeping Computer.

9 That wasn't the article I was thinking of--I just went back and found it in the comments (not link is a 'no ads for you' from archive.is, not directly to the Verge)
http://archive.is/bYNLo
You have get the URL for the original article and go there to see the comments, as archive.is doesn't have them, but down at the bottom there are people "not cool"-ing the article.  (~3/26 comments; a typical sample is "So are we all just going to ignore that Vox Media (/Verge) is guilty of this exact thing! Using the copyright strike system in order to silence creators. Creators which critiqued their absolutely poor pc build guide.")

10 Steve from Gamers Nexus' latest video seems to take a certain amount of glee in showing links to Verge articles talking about fake copyright assertions, too.
If there's any justice in the world, this cause a large amount of richly-deserved hurt to Vox Media.

Tech News
Disclaimer: This blog is an electron-free zone.  Thank you for spontaneously dissociating.

What?  Surely not!  Surely Linux is totally safe from all that stuff, unlike nasty Micro$oft Window$!!1

2 I think the next Ubuntu release should be called Hellacious Hubris.

Don't look too closely; just enjoy it.
Apparently she actually did play bass on some of the songs - she's right handed but even learned to play left-handed for the performance - but not this one. 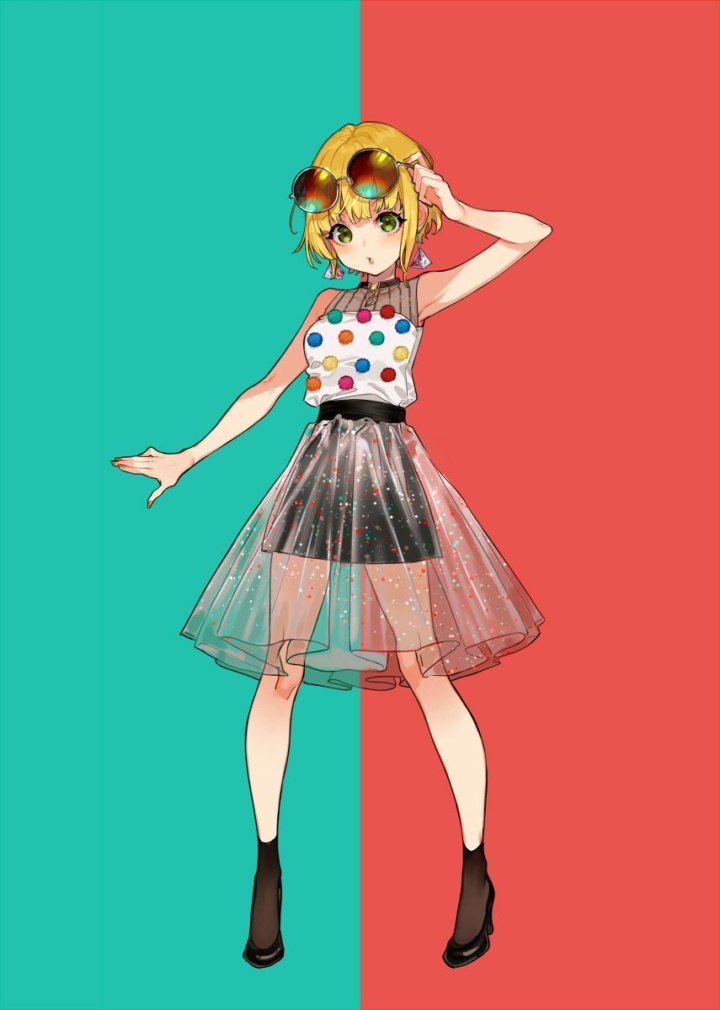 Found on Twitter.  I'll have to look up the artist and give proper credit; they basically did a whole fake fashion magazine in this style. 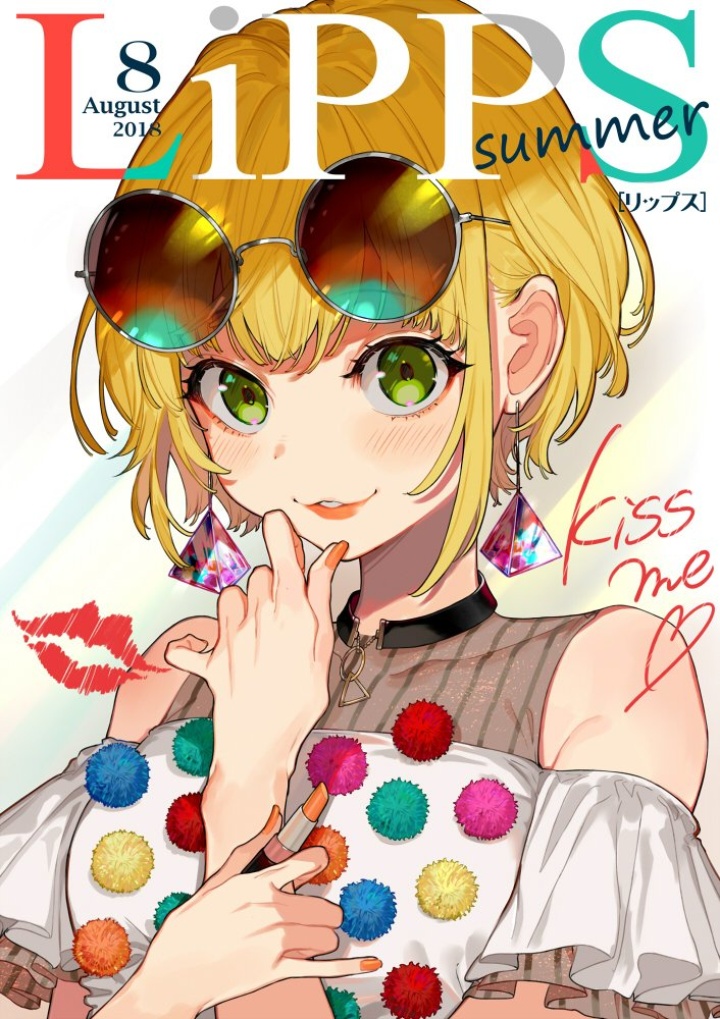 1 Homepage and Pixiv link for artist. You can really see her skills develop over time. 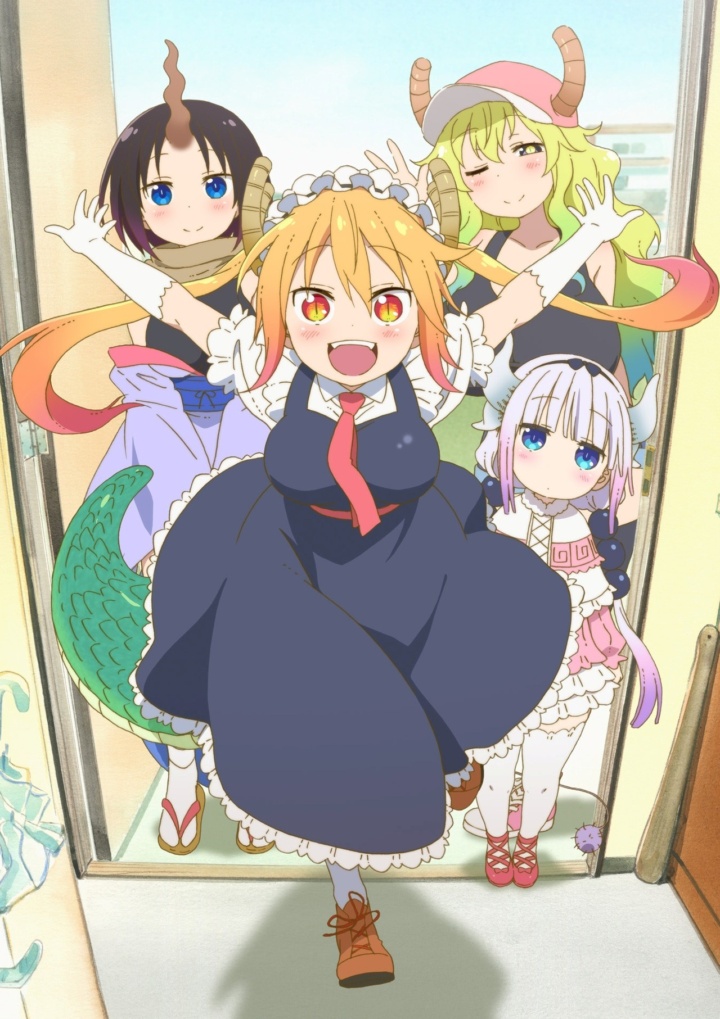 Celebratory Repeat AMV of the Day

2 This time to post in the right news page:
Octa-level NAND SSDs? Seriously? The rollout of TLC SSDs was a total cluster-#$&, that eventually became passable. QLC SSDs were... underwhelming overall. Now we'll have OLC SSDs... that must be for the use case where you want your long-term data retention in your storage drive measured in minutes.

3 Remember that you always need to take any rumor on WCCF with a small block of salt.  Micron's statement is pretty much a mic drop, and remember that QLC is just barely rolling out at this point; the idea that they're ready to drop OLC is pretty ridiculous, or they probably would've skipped right on past QLC. 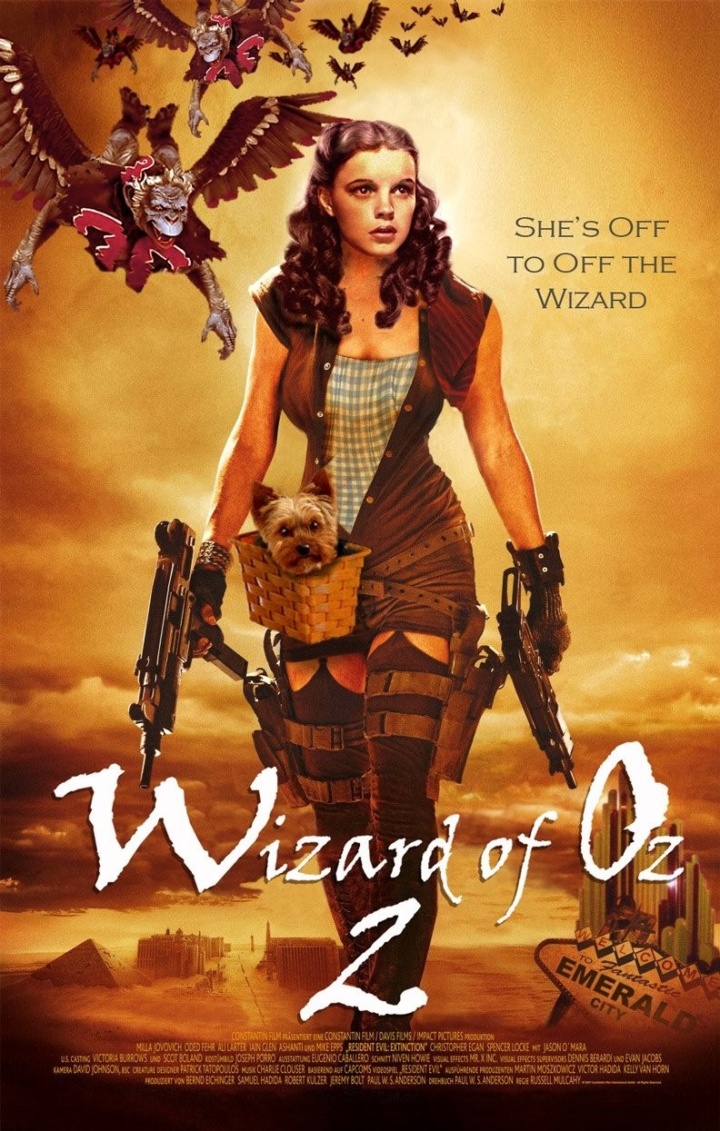 Disclaimer: Discounts cannot be combined.  Do not add toner.  Do not agitate or invert can while using.  Do not attempt to put in pants.  Discontinue use if rash develops.

1 I would be impressed if you could produce Malbolge programs out of ELVM.  Pretty much the first actual program in that language was, IIRC, generated with genetic algorithms or something weird like that, as it's designed to be hard to write programs in.

2 Octa-level NAND SSDs?  Seriously?  The rollout of TLC SSDs was a total cluster-#$&, that eventually became passable.  QLC SSDs were... underwhelming overall.  Now we'll have OLC SSDs...  that must be for the use case where you want your long-term data retention in your storage drive measured in minutes. 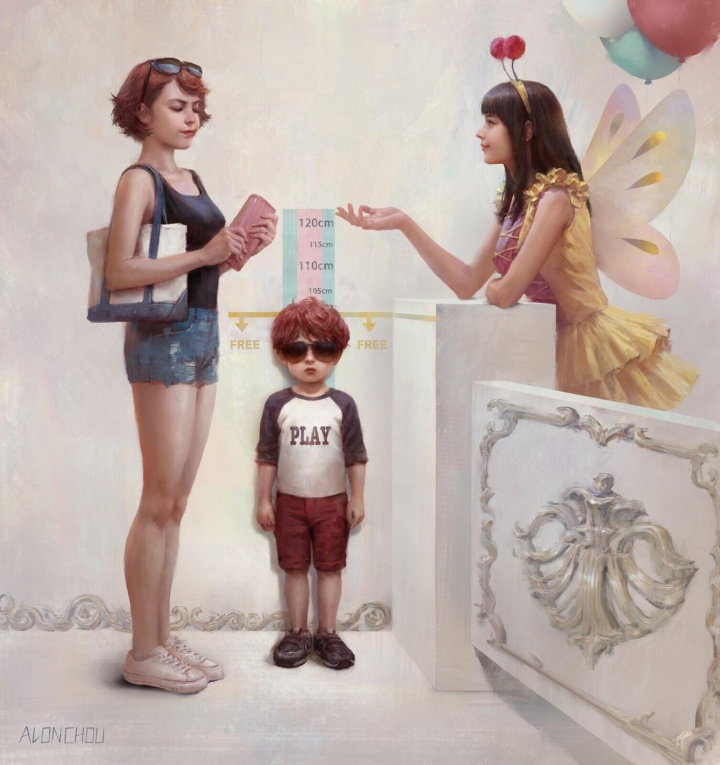 Classic Computer Hardware of the Day 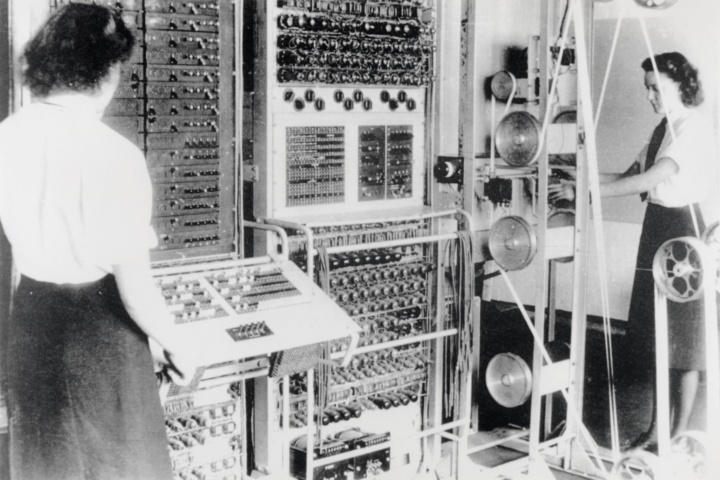