Everyone in social media has gone stark raving mad.  Best to simply avoid all the social networks for the next week or so.

Linus agrees with me on the Nvidia RTX cards. 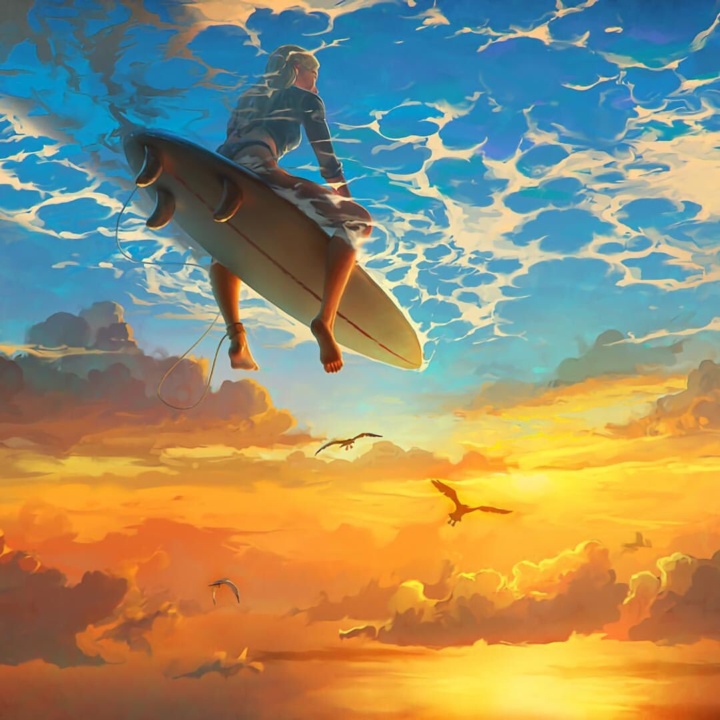 1 The owners of big domains should start making the non-www versions redirect to some kind "eff Google" page.  Like "https://microsoft.com" redirects to a page that says "Google is messing with stuff, here's a link to www.microsoft.com, which is where you want to be."

3 I heard that's already been taken out.
The last time I reinstalled Windows on my home PC, I put Firefox on it instead of Chrome, and a while back I switched at work, too.

4 They've removed the nag screen when you install it, but when you search for the Chrome download page from Edge, you get this:

5 I need to have all available browsers installed for testing, but I'll be looking at moving to Firefox too.  They've done great work catching up the last couple of years, without being pushy the way Chrome is.

Yeah, but honestly, I don't care.  For a long time now, if you go to Google or Gmail with Edge, you get a popup in the top right offering Chrome.  Go to Google, then to Gmail, you get it twice.  Oh, I think Youtube may do it as well.

This is just larger.

7 Not complaining, just noticed it and thought it was funny.  Poor Edge, it's not actually that bad, but it only ever gets used to download another browser.

8 I actually like and use Edge quite a bit.
Even after a few years, it's still a bit flaky in that sometimes you'll open a new tab or enter a URL and nothing happens, and the javascript engine is still slower than anyone else's for some reason (pages that use Disqus are agony), but I prefer the rendering engine to Chrome and Firefox's.

There were just two minor regrets I had about the HP laptops I ordered: They weren't offering the 1TB model in the sale, when I would have happily paid an extra $200 or so, and the model I ordered didn't come with the matching pen.  HP sells a couple of different pens so no big deal, but that's an extra $90, twice, and the one in the store is silver rather than charcoal grey.

Because of the stock issue, they gave me a free upgrade to the 1TB model.

The 1TB model comes with the pen.

I don't have them set up yet, but they're unpacked, and it's crazy how small and light and well-constructed they are.  These machines are works of art.

Screen is fantastic, and the speakers are surprisingly good too - based just on listening to Cortana in Windows Setup, which some might not consider a comprehensive test.

Also, it's back in stock for immediate delivery.  I could buy a third- WHACK!  NO! 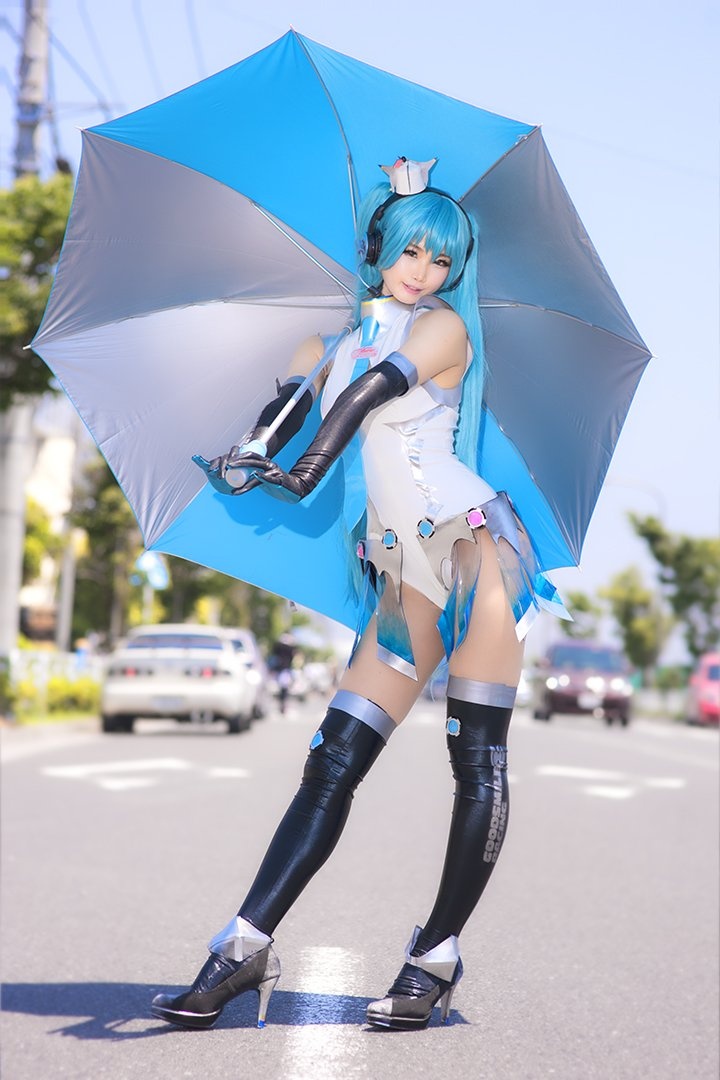 Saw this on Twitter, thought it was CGI for a second.

Maybe it is.  Maybe we're all CGI.

1 I used to be a paid Evernote customer, because you needed to pay to sync PDFs, etc, and their sync was pretty robust across Windows/Mac/iOS/Android. Then they moved into a shiny new office building in Redwood City, hired tons of people to do things other than "multiplatform notes app with sync", and started asking for more money for less functionality. That's when I deleted everything and migrated it all to OneNote (which is finally pretty stable on iOS, but still has slightly different features on every platform).
Since I bought a Synology NAS, I've started moving things into its Notes app, which isn't perfect, but it stores my data on my own hardware and syncs pretty well (except for having to re-confirm my LetsEncrypt cert every 90 days...). Synology's Drive app, on the other hand, still needs work; you can't have two PCs or Macs syncing the same account, so I still have a few things synced through Dropbox, including a PasswordSafe file with a ridiculously-strong passphrase.

The import/export format for Notes is a zip archive full of JSON files, so I can always get my data back, and in the worst case, I can login to the NAS as root and use the Git repo to retrieve any version of any Note (with a bit of scripting).

Arr, me harpies, shiver me flim-flams and belabour me scuppers, it's that time of year again! 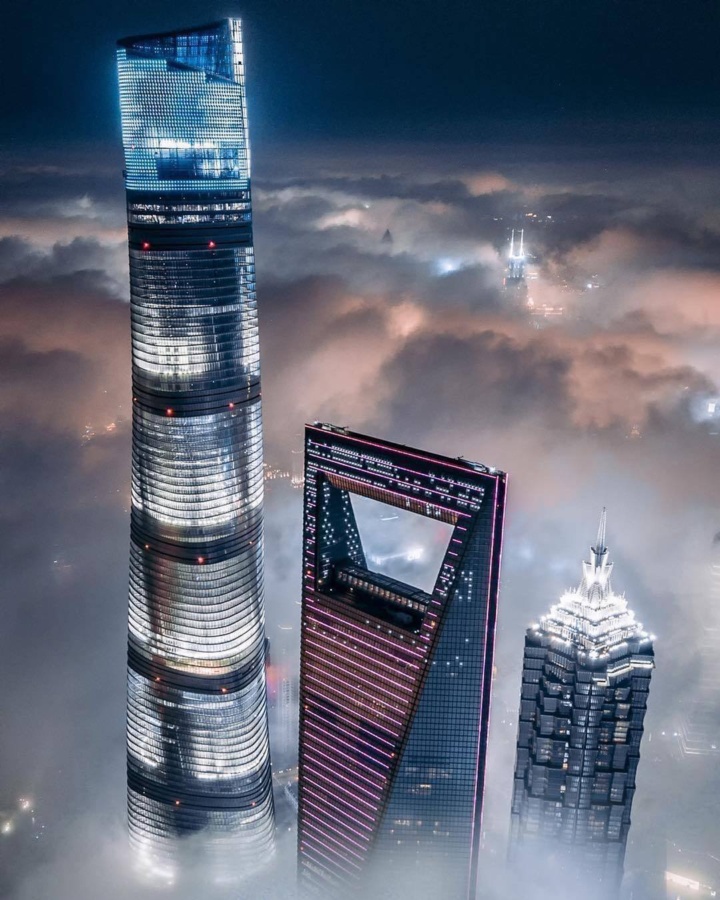 Not very piratey, but striking.

1 The cutoff problem is back on Firefox.

Index and Railgun just showed up a day early.  Will likely get them unpacked and start setting them up tomorrow.
Won't do a full review since they're being discontinued anyway, but will post my impressions and any technical notes I have.

What's that you say?  I posted this yesterday?  Um...  You know, I really don't think I'm getting enough sleep.  I didn't notice that until just now. I'm not going crazy.  Chrome on my tablet switched the videos around.  But I am tired enough to believe that I had posted the same video twice. 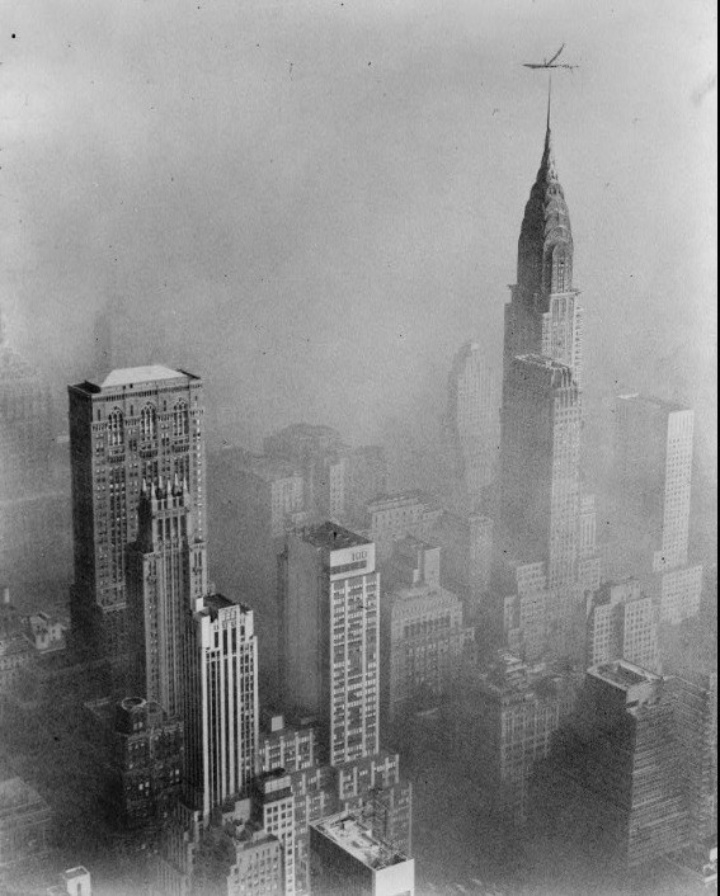 Things sure have improved since we outsourced all our pollution to China.  But I kind of miss the smogodactyls that used to circle the Chrysler Building.

1 Someone tried the contributor-covenant stunt on the Hugo project a few weeks ago. It was only his second pull request (the first was a minor patch that broke the build and had to be fixed by a real dev before merging), and his proposed CoC embedded the lead developer's personal email as the reporting address, with no prior discussion or permission. He'd also never participated in the forums before deciding what the community "needed", and in fact only joined them the same day he sent the PR.

I'm pleased to report that he failed, but I'm sure they'll try again. Weasels gotta weasel.

2 I like this Code of Conduct from the comments:

3 But how can you use it to take over a project and destroy the lives of people who disagree with you?

This video has quickly become infamous.  The Verge builds a $2000 gaming PC and are so inept they are lucky the studio didn't burn down.

Update: Aaand it's gone.  Heh.
They could have simply called Dell and ordered an Alienware Aurora with an 8700K, GTX 1080 Ti, and liquid cooling for that price, but the video would probably have been fairly short.
I'll let one of the 937 response videos speak for me here.

Dumping with Scrump is not for everyone - warning, may contain targeted profanity and illegal memes - but it regularly provides insightful comments on the idiotic social media kerfufflery du jour.   (Also, Scrump is one of the few people banned from Twitter more often than me.)  This weekend's episode is on the cancerous European copyright legislation.

They focus here on Articles 11 and 13, which are the most widely cited for being utterly pathological, but the whole thing is a disaster and I'll be looking for good videos or articles taking on the rest of it.

Axel Voss, the lunatic-in-chief of this five-ring clown show has backed away from his earlier support, saying that the legislation contains rules he hadn't intended, after his bill had passed a vote in the EU Parliament.
Under Article 11 I would have to pay even to post these daily updates if I lived in the EU, or had a business there.   Which simply means I will never, ever do that.

Again it's not clear from the video, but the suppression of the comic would not be related to Article 13, but to existing German laws making Holocaust denial illegal.

Now, I fully understand modern German reactions to their appalling 20th century history.  But we can see that they are already careering down the slippery slope of censorship. And they just led the EU in radically expanding the scope of censorship laws, in ways that are entirely unprecedented in the so-called Free World.
Fuck these assholes. 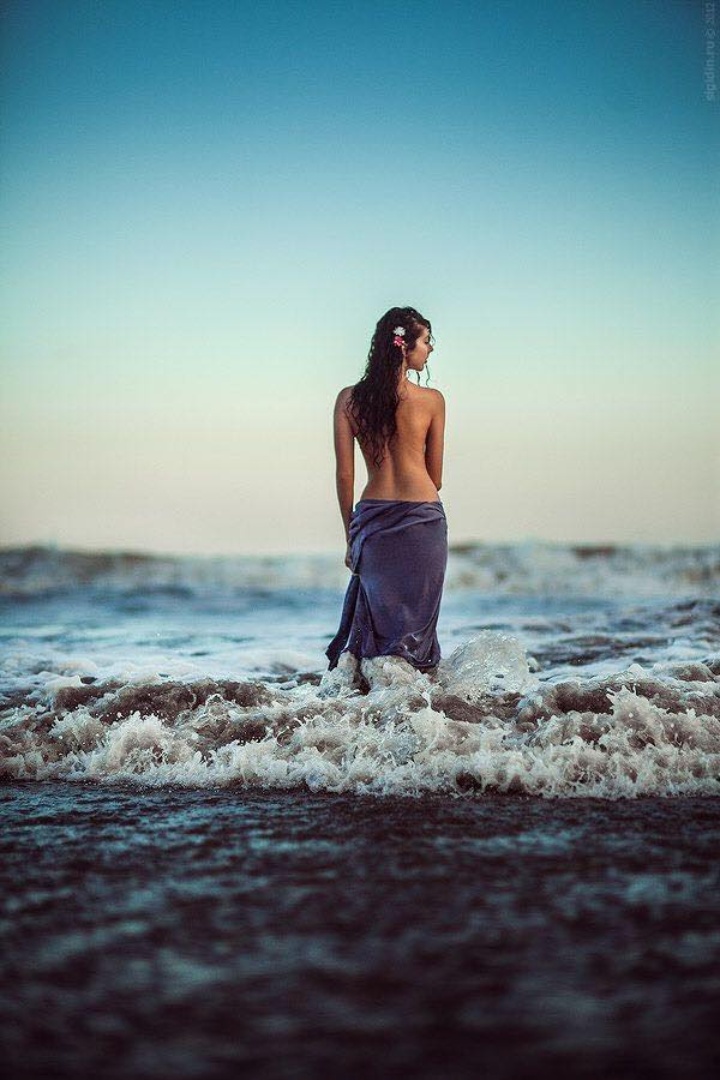 1 Is there anyway we can just black hole Europe from the Internet and be done with it?  Despite 'Big Mistakes Numbers One and Two,' as well as the 'Would have been Big Mistake Number Three except for the people that the Europeans on 9/11 were wishing would lose another two towers,' it appears that Europeans have drawn all the wrong lessons, and been infecting everyone else with it.   Perhaps, just perhaps, the world would be a better place if we wrote-off the entire misbegotten abomination and seal Europe into a box by themselves.

If this actually runs in the browser, it's pretty impressive.  If it's using cloud services, it's a big bucket of warm frog vomit.


OK. (oh, wait...can't say that any more, sorry)
Ahem...
Alright. why the difference between browser and cloud...and if it is in the browser it is it impressive in a good, bad, or terrifying way?

3 If it's in the browser itself, first, that's a cool technical achievement (though not groundbreaking); second, it means there's no (or at least, fewer) concerns about privacy issues and "big data"; third, it's still there if the cloud goes away; and fourth, if it's part of the Chromium source and not a purely Google add-on, it's open-source and other people can use it.

If it's a cloud service none of that applies.

Well, it is Caturday. 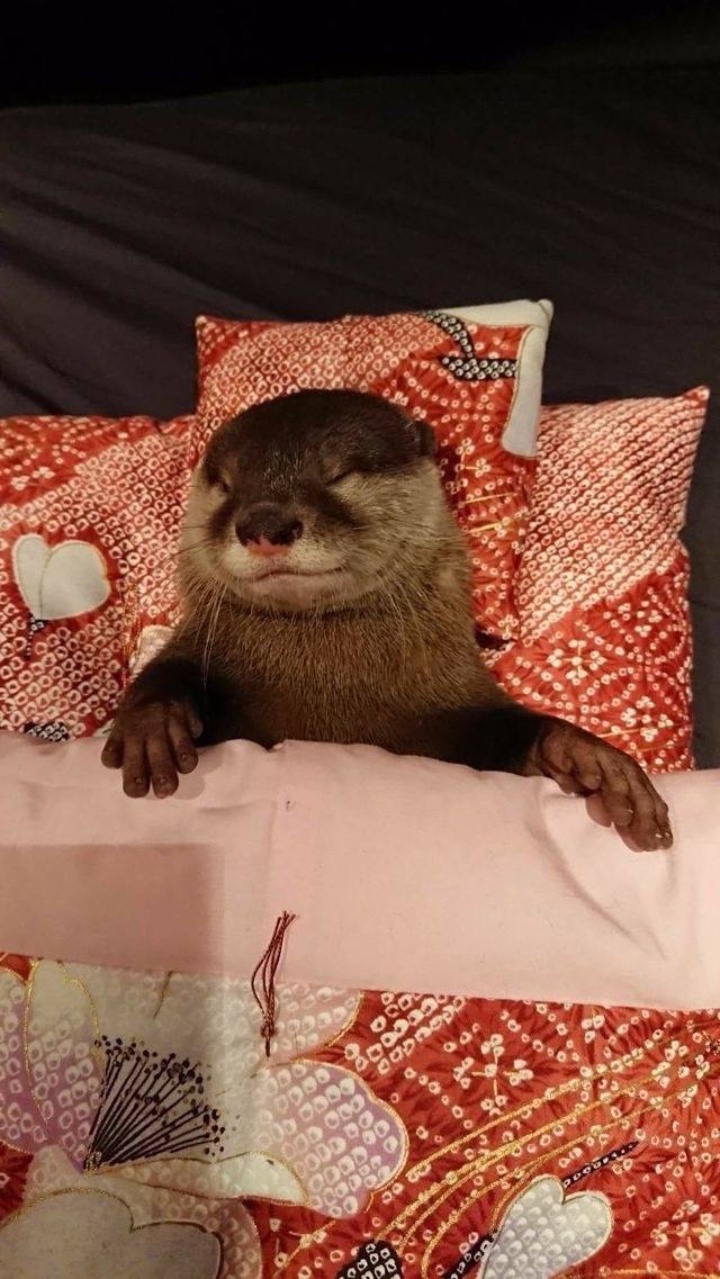 1 * I think your URLinator is busted--the serveathome epyc link is busted too.
* I tried out the latest version of Gmail yesterday after hearing about how they're killing Inbox.  Gmail sucks after using Inbox for a couple of years.

Graphs, You're Doing Them Wrong II 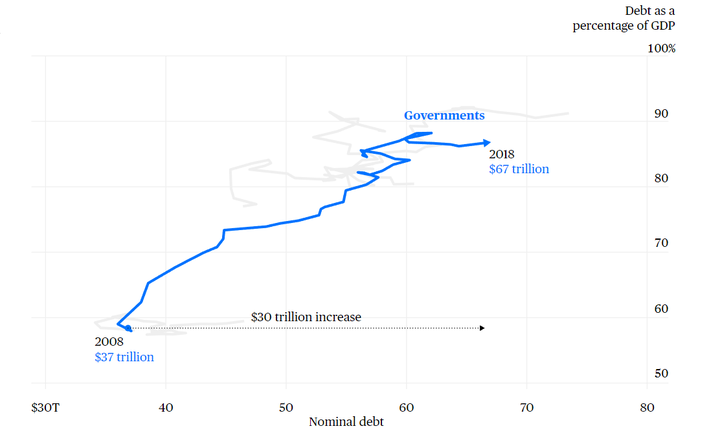 Today's entry comes from Bloomberg, who really should know better.  Look at that mess.  What is it even supposed to mean?

Comments are disabled for this video.  Because of course they are.

1 * Your glofo link is busted. * Port of Shadows: must be a local market thing?  It looks like it's available in multiple formats in the US.

2 I'm holding off on the new Black Company novel. It's promising in the sense that it takes place long before the disappointing end to the series, but I'm wary after what he did to the Garrett series.

The "cracking all encrypted laptops" thing was a real groaner. I'm sure one of our execs will read it and send a panicky email to my boss asking how we're going to deal with this crisis.