Put the ioDrive into production today.  That's a big load of worries off my mind.  The production server (this is at my day job, not mu.nu/mee.nu) has been constantly on the edge of flattening its RAID array, which is after all only four SATA drives.

Four 7200 rpm SATA drives can only do 480 iops, best case, and the ioDrive can do about 6000 iops, worst case, so it's making things run a lot more smoothly.

Now if I can just get the query builder to stop selecting the wrong index and sorting 15 million records every time a user does a search, everything will be peachy!

For the motherboard, either a Gigabyte GA-MA78GPM-DS2H ($160), a nice little all-in-one mATX board that's the successor to the successor to my current motherboards, or the GA-MA790GP-DS4H ($200), a full ATX board that has all the same features plus SLI support.  Both have built-in video, and include 128MB of dedicated DDR3 video ram.  Which is not critical now that I have a working video card, but is nice to have when I come to repurpose them in a year or two.

But hey, what about Intel's new Core i7?  Initial reports are that it's fast fast fast - about twice the speed of that AMD quad-core - and not too expensive, reportedly starting at US$284 in quantity.  It's only just been pre-announced, and I doubt anyone has it yet, but maybe they have pricing and an ETA...

Holy channel markup, batman.  I thought we'd left crap like that behind.

Motherboard?  One model in stock: The Gigabyte GA-EX58-EXTREME, a snip at just $600.

Intel has taken the speed lead again, by a large margin... like it was back in the bad ol' days of Cyrix and AMD and who knows who else.  Ergo, Intel can jack the prices sky high.

Back when AMD had the lead, Intel was behind, but not by so much that AMD could relax or pricehike.  So it goes.

2 It hasn't shown up on Newegg yet, but if the quoted distributor prices are correct, then Australia is getting hit with a 50% markup on top of the exchange rate and sales tax.  US$284 vs. A$690.

By comparison, Newegg have the 9350e for $170; I can get it locally for $220, which is a lot less than the exchange rate difference.  Intel's prices have jumped locally to reflect the full 40% swing in exchange rates - and then some - while AMD's prices have only gone up by 10% or so.

I Hate It When That Happens, Part 46

So I was writing a chapter on using the CDN for The Minx Book, and I thought I'd get some accurate stats for my examples.

And I find that my ping time to the Sydney node has jumped from 14ms to 175ms, which is not materially better than the 215ms for the mee.nu server itself.

1 Must be all that new anti-pr0n stuff.

Gonna Buy Me A Cuisinart

Install Vista, install everything else, copy all my data across, make sure it works, and then blow away the old one and put CentOS and OpenVZ on it.

Pity I didn't do it two months ago, before the prices all went up.

Anyone Want An Elf?

I seem to have one spare.

Update: Oops.  No, I have one elf and two collections of elf costumes.  Much less useful. 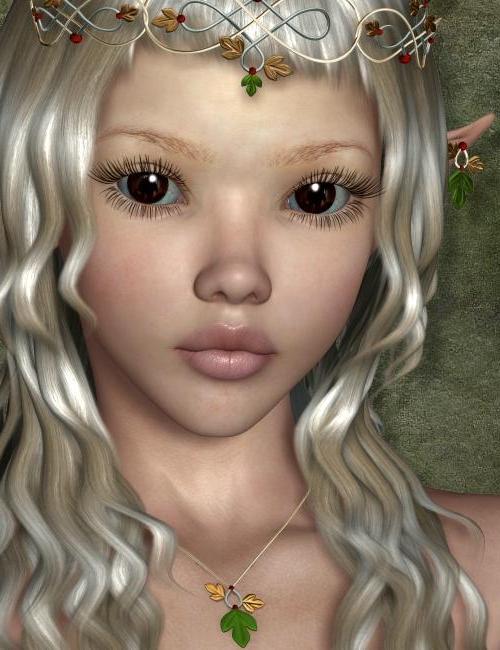 3 She's actually a bit spooky looking, you know that?

I can't decide if that's a render, a digital paintin, or a morph of a photograph. Based on the hair, I'm leaning towards it being a render -- but if so, it's an awesome mesh.

But it's still spooky looking.

She's actually a bit spooky looking, you know that?

Yep.  She grew up on the wrong side of the uncanny valley.

I can't decide if that's a render, a digital paintin, or a morph of a photograph. Based on the hair, I'm leaning towards it being a render -- but if so, it's an awesome mesh.

You are correct - it's a render. I paid $13.48 for the bundle include the figure and various costumes, and the software is free, so it's pretty impressive value too.

4 threads (or aysnchronous I/O with a queue depth of 4) is enough to push the card pretty much flat out, which is great, because that means it's actually possible to get those benchmark results in real-world applications (if you don't simply end up CPU bound).

Too many threads, or too small or large a block size, tend to make it choke a bit, and it performs better on pure reads or writes than on a mixture, but the worst-case results still deliver in excess of 5000 iops.

It might not quite deliver on the marketing gloss on all points, at least not without more tweaking than I've had time to do so far.  I have been able to hit 700MB/sec on random reads (with a 16k block size), which is phenomenal.

Once I've collated the benchmark data, I'll produce some pretty graphs and a more detailed (and structured) review.  But right now, if you have a moderately large database and need better disk performance, the ioDrive is the way to go.

Meanwhile, Something That Matters

Testing the ioDrive again.  Getting 770MB/s.  On random reads.

I planned to run the same set of tests on a normal drive for comparison.  Then I calculated how long that would take.  Then I quietly abandoned that plan...