Not Entirely Clear On The Point Edition

Disclaimer: Tickets for Border Collies with ADD's 2019 World Tour are now on sale at all disreputable outlets.

1 "On the plus side, Stadia won't be around for very long."
I'm kind of looking forward to all the screaming when people realize they'll lose access to all the games they bought.  You thought things like Microsoft shutting off its ebook store and deleting everyone's books, or the couple of times Amazon removed a book from people's Kindles was a big deal....

2 " Giants like Disney, AT&T, and Comcast are all rushing to pull their growing slate of TV shows and movies from Netflix and shift them exclusively to their own new streaming platforms. "
I want to know who thinks people are going to pony up for 5 or 8 streaming services.  I have Netflix and Hulu Plus right now and I've been on the edge of cancelling Netflix for a year or more.

3 You're not wrong about the Netflix content thing. I mean, not ALL of it is bad, but so MUCH of it is that your statement stands pretty well. (They have done some good things with US-produced animated content. And they have Violet Evergarden.)


All of these companies blithely ignore what made Netflix popular in the first place as they rush to reproduce the conditions that led to Netflix's popularity in the first place, as it were. (Full disclosure, I pay for Netflix, Amazon Prime, VRV, and Funi. I will probably pony up for Disney+. That's about it, and I may yet drop Funi.)

4 "Bring back the 450W power supplies."
A problem with big power supplies, too, is that probably most of the time, when the computer is more or less idle, you're below the point where the efficiency curve tanks--most PSUs drastically lose efficiency below, about 20%, and "sitting at the desktop reading pages in a web browser" can easily leave the computer pulling around a little less than 20% (at least, based on testing I did with a Kill-A-Watt a while back.)

5 "Biostar didn't specify whether the PCIe x16 slot will operate at x16 speed or limited to x8 with PCIe 4.0 enabled. "
LOL!  PCIE4 x8 is pointless, except for saying you're doing it.

They Shall Not Grow Old Edition

Sentai Filmworks has a GoFundMe set up to try to help with the senseless tragedy that struck Kyoto Animation yesterday.

Wonderduck has the full story.


They shall grow not old, as we that are left grow old:

Age shall not weary them, nor the years condemn.

At the going down of the sun and in the morning

We will remember them.

1 I've been doing r/roguelikedev's summer tutorial as an excuse to learn Rust. Getting my head wrapped around borrowing and ownership has been more annoying than I anticipated.

2 I only spent a couple of hours reading the docs, but it did not look simple.  Necessary, maybe, but not simple.

3 ESR spent some time looking at it and decided to start writing code in Go instead.

4 I do a lot of Go work in my day job, and I'm fond of it.
Rust is apparently close to putting an improved borrow-checker into the stable release, which does control flow analysis to permit some obviously safe code that the current stable lexical analysis forbids, such as:
let mut scores = vec![1, 2, 3]; let score = &scores[0]; scores.push(4); // error now, not laterSo that'll be nice. I spent an hour or two last week wrangling with the borrow checker over something similar.

5 (Well, that didn't come out the way it looked in the editor.) 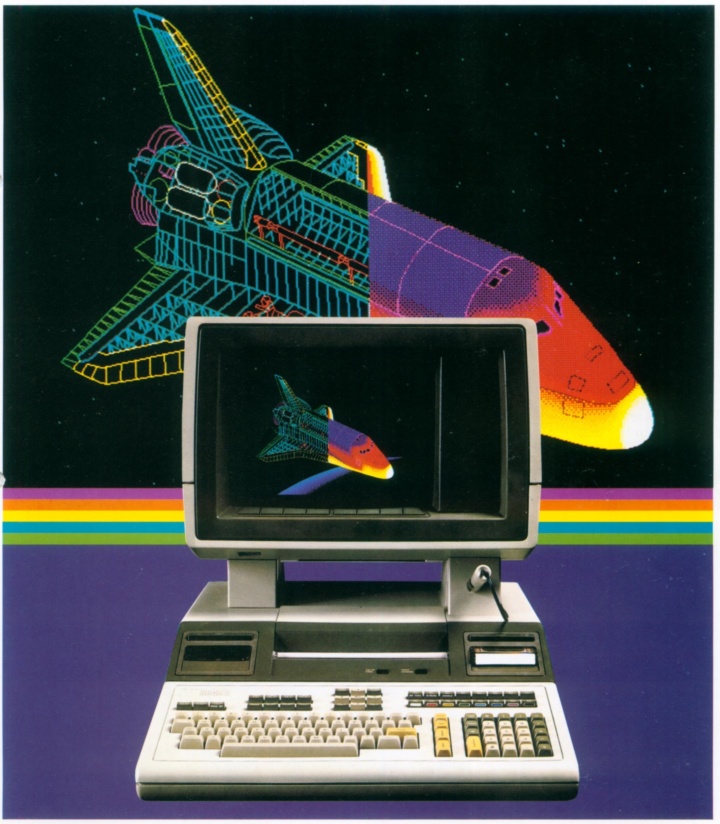 The best computer ever made.
Now available in easy to swallow pill form!
Disclaimer: Well, poo.

But Then What Isn't These Days Edition

Little bastards had it coming.
Disclaimer: I meant to do that.

1 Cities:  and 15-months of in-game time (20 minutes of real time) for a 4-bit adder.  Nobody's going to be making a full 8-bit CPU in that game that actually does anything.  Neat idea but too awkward.
USB:  My new motherboard came with a pair of USB 3 jacks, for 4 ports.  My new Lian Li case came with a pair of USB3 ports, and a cable for same.  It also came with a USB C jack, and the cable is different.  I'm not sure if any motherboards have a USB-C header, but my new $379 motherboard doesn't.  (As it turns out, Lian Li makes a $30 adapter, if I can find a place to buy it.)  I'm also not clear on this but I expect it will limit the front-panel port to 5Gbps, but I don't think I have any 10Gbps devices yet anyway.
"This microcontroller is so fast" it ate the link.

"A fascinating mess, in the best way possible."

"Cats and dogs, living together."
Disclaimer: That is a very silly question.

1 There are some deals out there.  For instance, Amazon has 10TB WD Red HDDs for $216 USD (Max of 2).  Newegg, on the other hand, has Seagate Ironwolf 12TB drives for $289 USD (Max of 5, promo code required, so the link points to the add page).  Both deals are well below market price.  It's a good time to refresh your HDDs if you are a NAS owner.

2 Yeah, those are great prices.

3 "time services are down"
Did someone forget that objects in orbit have different clock speeds than objects in the gravity well?

I ALMOST FORGOT AGE OF WONDERS III IS FREE ON STEAM RIGHT NOW AND IT'S PRETTY GOOD! (Steam)

Well, that was certainly a thing.
But wait there's more.

Bonus Music Video of the Day

No, I couldn't find Dirty Deeds and you can bet that I looked.

Disclaimer: In the future all hardware will be software for 15 minutes.

1 TMR OVA3 was pretty good, if not as good as it should have been given the amount of time between OVA2 and it.  OVA4...Left much to be desired - aside from the story being close to slice of life, it felt like it did not have an experienced script writer handling it.

2 Hmmm, but can you build a video capture device that ignores Macrovision encoding? (Surely nobody cares about protecting VHS tapes any more...)

It looks like a typical run-down old second-hand computer store on the outskirts of town.  It is a run-down old second-hand computer-store on the outskirts of town, but it's not exactly typical: It occupies the entire building, including the shop front, several rooms of office space above, and a 38,000 square foot warehouse behind, filled 20 feet deep with stacks of old computers.
Disclaimer: Insert Tab Thingy in Slot Whatever.  Or don't.  I'm outta here.  (Instructions Written on a Friday.)

1 Editor is inserting all kinds of garbage in the HTML of a post I'm trying to edit. Mostly "Data offset Key" tags and spans and such.

2 Hmm.  Did you copy and paste something from another site?

Lots of sides have crap like that in their HTML, and if you copy and paste it will try to include all those nasty tags.

Using Undergrads As Mine Detectors Edition

1 It turns out they make smt-to-dip and qfo-to-dip breakout boards.  Of course, you would need to find one in the right layout.

2 Re Trump/AOC/Twitter: I'd love to see that judge get hammered on Twitter and then sued for blocking people.

4 "Re Trump/AOC/Twitter: I'd love to see that judge get hammered on Twitter and then sued for blocking people."
That has about as much chance of being successful as the eminent domain attempt against former Justice (as in title, not concept) Souter after Kelo.

5 I know, but it'd be awesome.   (I didn't realize the effort to evict Souter had gone as far as it had, and it's pretty impressive it actually went to a vote.)

Get your pets bright and sparkling clean by scrubbing them with baking soda.  Safe and environmentally friendly.  You may also need to to touch up the carbon contacts and give it a poke in the backside with a small screwdriver.
Disclaimer: You might believe it's butter.  Somebody likes Sara Lee.