So, the penultimate episode is up.

Looks like my predictions are at least partly right.

Spoiler for Potemayo: Episode 11 turns on the relationships and bittersweetness.  We see Sunao's mother, Mikan's feelings for Sunao, Sunao's dad acting like a human being, Potemayo and Guchuko doing something more than hiss at each other, and flower love.  Also, Guchuko turns out to be a transdimensional potato-quoll.

They also drop some hints about the ending, but I suspect there's some misdirection going on there.  If I'm right, next week's episode could be rolling-on-the-floor funny.

So is this a deep redress of "Sugar, a little snow fairy"? A kid who is having trouble getting over the death of his mother, is visited for a short time by a cute little something-or-other. They become friends, and then a magical flower blooms to indicate that their time together is over. Whatcha think?

2 I think it's something along those lines - but I'm pretty sure they're going to deliver a sharp twist in episode 12.

3 It looks like they went for "cute and sentimental" instead.

The Problem Is Somewhere Else

I was copying a few* files on the new mu.nu server and it was running a little slower than expected, so I stopped the copy and ran a quick performance test using hdparm.

And I was all, damn, there's something wrong here, it's only doing about 6MB a second.  (I'd expect to see upwards of 40MB a second on any modern 3.5" drive.)

So I checked one of the mee.nu servers, and I got the same disappointing results.

And then I looked again, and I realised...  Those numbers aren't in MB.  They're the next larger unit.

I was looking at the cached (not raw) performance, and yes, I'm getting 6GB per second from the cache.

Unfortunately, that still doesn't explain why the copy is so slow.

Answer: Ah.  If I'm copying archives from both the old servers to the new servers and uncompressing them on the fly, copying files from one disk to the other on the server at the same time is unlikely to deliver 100% of the system's potential.

* A few = slightly less than a million.

1 So once we're all moved to the shiny, new, non-melty server... will we be moving to minx?

2 Actually, we'll be moving to Minx first.  Look like I'll have to put off the server migration til next weekend. Few minor but annoying glitches to iron out there.

Bummer on the server move.  That sucks.

I am going to turn off my style sheet now.  If the theme builder is installed correctly, this will make no difference at all.

If my site suddenly disappears, well, there's probably still a bug or two hanging around.

1 Looks exactly the same to me - so unless you went back to your style sheet - it's looking good.

Not just my air conditioner, but also my dishwasher and my oven pull the voltage down enough to reset my external drive.

Western Digital has to be getting complaints about this thing.

I was going to order one with my new PC, but I think I'll get the UPS first.

3 That reminds me... my UPS for my network appliances is shot.  *sigh*  I keep ignoring it because it's not hurting anything, just sitting there being a very expensive surge protector - but I should do something about it.  LOL.

4 Know a good electrician? I'd check your AC for loose/oxidized connections (= high-resistance) in the service entrance, meter base, and distribution panel. Also bad circuit breakers. Don't know Aussie electrical standards, but in U.S. systems another cause for voltage fluctuations under load is bad bonding/connection of the neutral wire. Also, are your conductors aluminum rather than copper? (Early - 1960s vintage - Al installations had a host of potential problems involving connections/terminations, most of which turned up years after construction.)

5 Good advice, but my house is only two years old, and I have other external drives that aren't affected.  This drive has a power supply half the size of the others;  I think they just cut one too many corners.

Step 1: Announce that you'll be releasing detailed specs for your graphics chips to open source developers, albeit under an NDA.
Step 2: Announce that you've reconsidered.  Never mind the NDA stuff, it will be open to all.
Step 3: Actually deliver the documentation.
Step 4: Watch x.org's server melt.
Step 5: Profit! 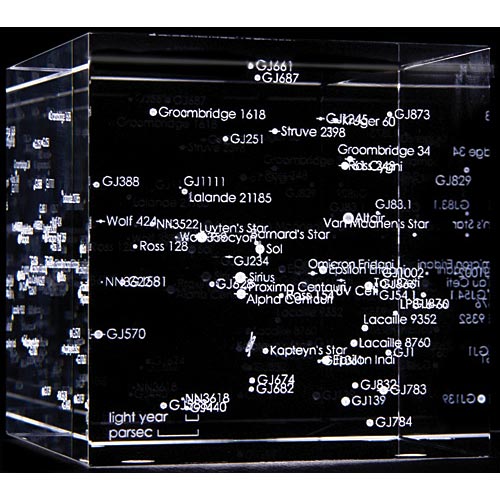 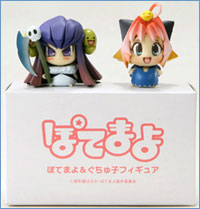 Still not plushies, but ideal for sitting atop your monitor.

1 In Vegas, there's a place you can go where they take pictures of your face from different angles, and then create a 3-dimensional image of your face inside a small clear plastic block by creating a lot of small dots to create the surface they want to represent. Seems like this is the same printing technology, but I agree with you that this is a better application of it.

The inimitable James Randi on homeopathy:

From what I've read so far, the anime is very faithful to the manga, but the jokes are still funny even after you've seen them in the other form.

Or, How the Continuing Merger of Reporting and Editorials Came to Produce Something Good

Oh, great.  There goes the Second Law of Thermodynamics.

ERIE, Pa. —  An Erie, Pa., cancer researcher says he has found a way to burn salt water, a novel invention that is being touted by a retired chemistry professor as the "most remarkable" water science discovery in a century.

John Kanzius says he happened upon the discovery accidentally when he tried to desalinate seawater with a radio-frequency generator he says he developed to treat cancer. He discovered that as long as the salt water was exposed to the radio frequencies, it would burn.

Yes, it would indeed be the most remarkable water science discovery in a century if it weren't total nonsense.

The discovery has scientists excited by the prospect of using salt water, the most abundant resource on earth, as a fuel.

Water isn't a fuel (unless you have a working fusion reactor).  Water is what you get when you're finished burning a fuel.

Rustum Roy, a Penn State University emeritus professor of chemistry, has held demonstrations at his State College, Pa., lab to confirm his own observations.

This might not mean anything to you, but it does to me.  Rustum Roy is a distinguished materials scientist, with published papers going back six decades.  Which makes him an octogenarian, yes.

He is also something of a crank - no, I take that back; he's all of a crank.  His written work also includes some... odd... opinions on various social issues, vitriolic attacks on the pure sciences (physics and chemistry) and bold predictions that these computer things are just a passing fad and that we will shortly all move back into villages.

On top of that, he's a supporter of homeopathy, and has recently attached his name to some astoundingly shoddy research purporting to support that particular brand of quackery.  (He may have been directly involved in the research; I don't know for certain.  But his name is on the paper.)

Which is how it goes.  Some crank claims some cranky thing, and some crank scientist (scientists are hardly immune from crankery) supports the claim.

What floored me is the very next line:

[Roy is also a specialist in "whole person healing" and Christian sexuality.]

Which is entirely true.

But...  Did a major news organisation just look up the references of source and make an editorial aside casting doubt on his competence?  Well, it looks that way to me.

[Internet commentary upon Kanzius and Roy's assertion points out that creating fire from salt water is possible by first separating it into hydrogen, oxygen, sodium and chloride, then burning the sodium. However, such a process would consume much more energy than it produces.]

1 Yeah, I had that one forwarded to me by a co-worker, and my short explanation of why it was an obvious scam got the following answer: "yeah, maybe it does sound like a scam. Probably couldn't harvest much power anyway". crycrycry.

The Fox article really needs another aside checking up on the "cancer researcher" credential. By the power of Kinkos, you too can have business cards claiming this profession.

My Links Are Blue

Running live on 1.1 now.  The blue links are a side-effect: my blog was set up on a slightly dodgy 1.1 alpha, so a few things glitched when I merged it back into the mainstream.  It should fix itself, though, if I do this...

Yes!  Okay, those colours aren't quite right either, but that's what you get from a quick clicky-clicky.

Update: Colours are back again.  The colour picker does let you put in hex values if you really want to.  (Also colour names for the 140 standard named colours.)

The one remaining bug is something that didn't break that should have; namely, my banner.  I changed the banner sizing from exclusive to inclusive at the last minute; either way is confusing, but inclusive is probably less so.  Having the same number but assigning it a different meaning should have screwed up my banner image, but it's fine, so there's something wrong with the code there.

1 Okay, I know you changed columns and everything, but I still have the overwrite thing going here on your blog.  So now the post overwrites the right side column... slightly better than when it ran totally off the page as I can still read it.  An upcoming fix?

2 That seems to be a browser bug; I haven't had any luck in fixing it yet.

The CSS is set specifically to say that the content column is this wide, and thou shalt not overwrite the sidebar at any time.  But if you make the font size large enough, it goes plooie.

Let me fiddle a little...

5 Thanks Susie.  I hadn't checked my email yet today.

The other mu.nu server melted this time.  I've rebooted it, and we should be back online in a few minutes.

We'll all be trooping across to a shiny new server next Sunday, which should put an end to server meltings.  I hope.

7 LOL - well of course there must be a browser bug - I know it's because whoever created CSS decided I was not allowed to read nice large print. ;-)

Firefox and Safari suffer from the bug; IE and Opera don't.

It happens on the test page as well as this blog - but on the test page it only happens in 3-column mode.  The test page uses floats for 2-column layouts, and absolute positioning only for three columns, so if I implement that in the live system that should fix things for my site at least.

Also, it's a quantum bug.  Everything's fine up to a point, then the whole content column jumps to the right and overlays the sidebar.

9 Aha!  It's something to do with the banner, probably the site menu.  If I turn the banner off, the problem goes away.  Tweak tweak...

11 Woohoooooo!!! You are so excellent Pixy.  With my completely rudimentary html skilz and non-existent CSS... I am in awe!

It still goes wonky if you push your font size up beyond about 32 pixels, but I think a lot of sites will break at that point.